OPINIONS Is 1984 looming as surveillance cameras flood in?

Is 1984 looming as surveillance cameras flood in? 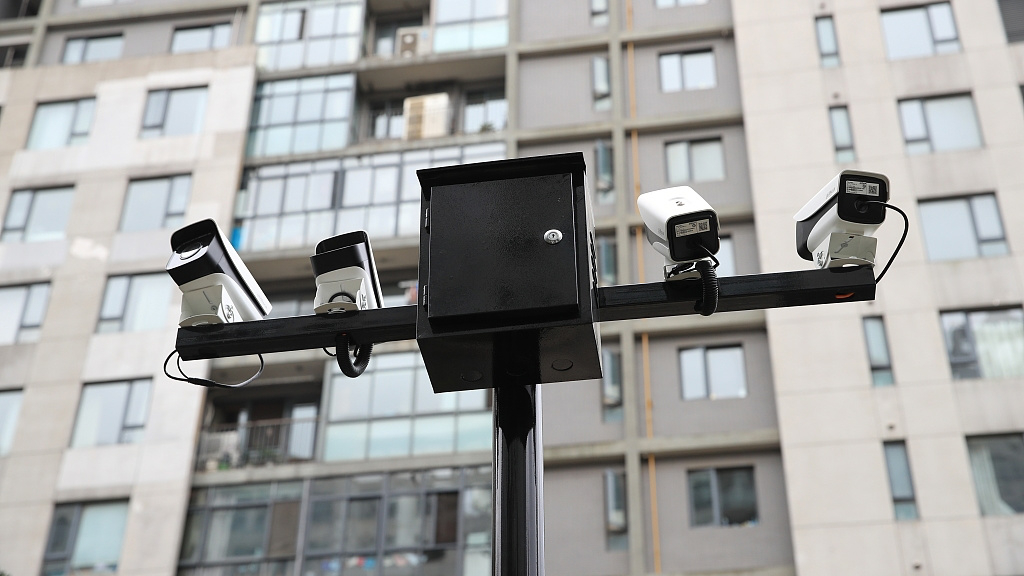 Editor's note: Zhao Yuanzhen is an opinion editor with CGTN Digital. The article reflects the author's opinions, and not necessarily the views of CGTN.
"Community, Identity, Stability" – the motto of the World State in Huxley's chilling novel Brave New World, the book which imagines a future where people have lost their individualism and the authorities have the absolute power to control citizens' lives. If that was merely a frightening idea in the 1930s when the book was done, it seems that fast technology advancement has made this dreadful vision possible.

Only two or three years ago people were debating whether what they are posting online exposed their personal data to exploitation by technology giants and analyst companies which might then swing their political stance or trick them into buying more products. With the steady rise in the use of facial recognition technology, suddenly there is the fear that there will always be a gaze from Big Brother. Activists and technology experts have already raised the question of consent and privacy infringement. The possibility of a "surveillance state" immediately raises loud alarms.

But do cameras on the streets combined with facial recognition technology mean that 1984 looms? The whole debate around "to use this technology or not" might have missed the point.

To policymakers, the point of investing and developing this technology is that they see the potential of it in combating crime and terrorism. And it should be recognized that this technology could be highly effective in this area as fake IDs could easily be acquired, but biometric footprints are hard to alter. Compared with other bio features such as DNA, fingerprints and voice, facial data can be more easily collected with no touching device, cheaper cost and higher accuracy.

The Indian government is already drafting a plan to launch the world's largest facial recognition system in the hope of reducing its high crime rate. According to IHS analyst Oliver Philippou, as public places are expected to tighten security, cameras in the US will continue to grow to 85 million in 2021 from 70 million in  2018. But the expansion of these surveillance cameras has always been accompanied by criticism and suspicion.

But for citizens, it is not a "nothing to fear, nothing to hide" question anymore.  A linked database means that it would only take a bold employee and a hard drive for an organization to get millions of people's personal data. It is easy to understand people's concerns in this case. They used to have a choice to turn off their phones at least, but now there are digital marks everywhere following their footsteps. Not everyone has the choice to change their facial traits.

Living in a society means people inevitably transfer part of their privacy in exchange for convenience or security. But there will always be the dilemma of where to draw the line. Whether it is an employee who is bribed or some organization with devious plans, the reality that the data of billions of people is controlled by a small group of people always requires a double check. What people fear is not the power per se, but the abuse of such power.

In this regard, timely regulation should be the response. Discussion on banning the technology is simply not the answer to the central question: what we are dealing with is the balance between public security and personal space and making sure that the power of surveillance is tamed.

Unfortunately, compared with technological innovations that are developing rapidly, regulatory systems around the world seriously lag behind. Regulatory bodies have failed to grasp the complexity of the social implications that new technology could bring. People have already seen Mark Zuckerberg turn a congressional public hearing into a PR show for Facebook, faced with a group of committee members who have not fully grasped the world of social media.

Compared with the exciting new technology, regulation sounds boring and even sometimes may be considered a hindrance to new tech development. But in the case of facial recognition or any technology where the public interest is involved, a more timely and innovative regulatory system is urgently needed so that people can trust the lion in the cage.