OPINIONS Is a Jordan-Palestine confederation possible?

Is a Jordan-Palestine confederation possible? 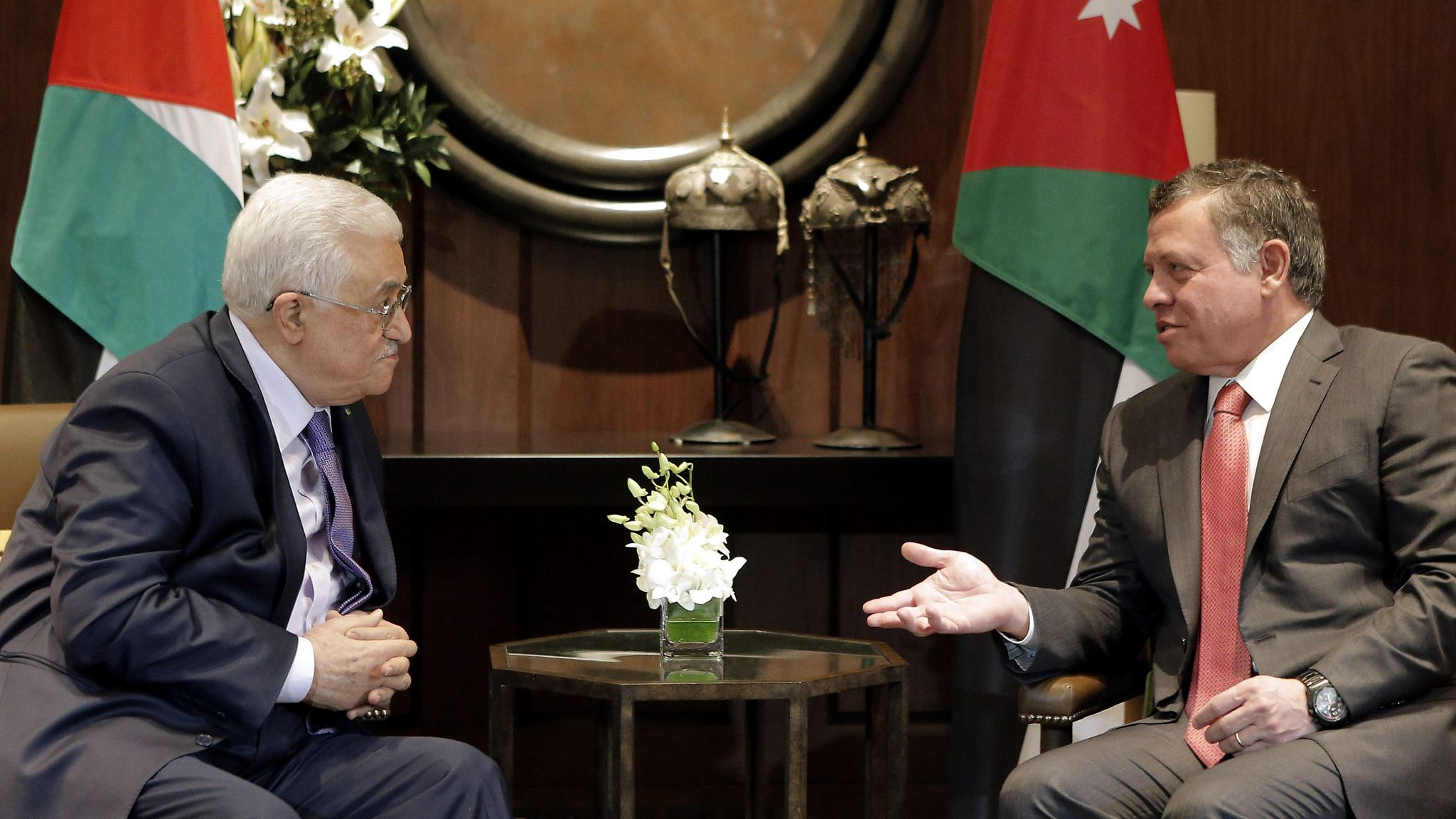 Given the stalemate in the Israel-Palestine peace process that's been in place for more than a decade, especially after US President Donald Trump recognized Jerusalem as Israel's capital, it has been necessary for Palestinians to seek other options. Palestinian President Mahmoud Abbas early this month said that Palestine might seek a confederation with Jordan, rather than insist on constructing an independent state in West Bank and Gaza with the capital in East Jerusalem.

Jordan's effort to annex Palestine could be traced back to 1917 when the "Arab Uprising" occurred in Mecca and Medina. The leader of the Arab uprising, Sherif Hussein, had to give up his dream of "uniting all Arab territory," seeing that the UK had occupied Palestine and France had seized Syria and Lebanon. One of Hussein's sons became King Abdullah and established modern Jordan in the 1920s, under the permission of both the UK and France.

However, in the 1920s and 1930s, Jordan was still a poor and dusty place. Its capital Amman was still a small village. The Jordanian royal family had harbored ambitions of annexing its neighboring area, especially Palestine in the north to establish a "greater Jordan." In the first Arab-Israel War in 1948, Jordan sent its forces to “help” Palestinians and in the end occupied the West Bank and East Jerusalem. After the Arab-Israel War in 1967, Israel retook the West Bank and East Jerusalem and it became increasingly unlikely for Jordan to retake these territories. After 1977 when the right-wing party Likud won the election in Israel, Israel's ideological, practical and legal connection with West Bank and East Jerusalem was strengthened.

Meanwhile, Jordan's connection with Palestine was challenged. Jordan described itself as a "representative of Palestinians," and many Palestinian refugees fled from West Bank and East Jerusalem into Jordan during the Arab-Israel wars in 1848 and 1967. The growing Palestinian population in Jordan, especially the Palestine Liberation Organization (PLO) branches in the country, challenged the government's authority.

After the Arab-Israel war in 1948, Jordan accepted more than two million Palestinian refugees, including many Palestinian militants who often penetrated into Israel to launch attacks. Jordan's protection of  Palestinian soldiers made the country a major retaliatory target for Israeli forces.

The "Black September" event, in September of 1970, was a result of the PLO's attempt to establish independent bases for Palestinians inside Jordan, especially in Northern Jordan, and the intensive conflict between Jordanian government forces and PLO soldiers not only led to the withdrawal of PLO from Jordan but also cracked the country's stance of "representing all Palestinians."

The first intifada in 1987 was a public show of Palestinians' anger and Jordan realized that it could not influence the Palestinians in the West Bank, or resist any social unrest resulting from the disputes and confrontations between Israel and Palestine.

Therefore, Jordan's King Hussein announced its formal disengagement from all claims to what had been Jordanian territory in West Bank and East Jerusalem in a speech on July 31, 1988.

The Oslo Accords , which established the Palestinian Authority and where Israel agreed to negotiations with the Palestinians on a final status agreement regarding the territories that were occupied in 1967, stressed the sides had to consider Jordan in determining the status of Jerusalem. However, after Hussein's speech in 1988, Jordan gradually gave up any direct connection with the Israel-Palestine peace process. Jordan gave up its identity of "representative of all Palestinians" during the Israel-Palestine peace process in the 1990s.

Today, a confederation with Jordan means Amman will be directly involved in sensitive topics including Jewish settlements in Eastern Jerusalem and the West Bank, the returning rights of Palestinian refugees and drawing a future boundary with Israel. Meanwhile, it means that Jordan will be able to extend its territory into the West Bank and Gaza, which was once claimed by Jordan government before the late 1980s.

However, Palestine's plan to construct a confederation with Jordan may not be welcomed by the country itself.

A confederation is a structure consisting of two or more states, each of which maintains its own independence and sovereignty, and is willing to entrust some elements of its sovereignty to the institutions of the confederation. Jordan fears an increase of the Palestinian population in the country, which could allow for an absolute majority. This increase in political power could destabilize the kingdom. For Jordan, the Palestine issue may be a potential threat to its national security, rather than an opportunity.

This is why Jordan rejected the idea of a Jordan-Palestine confederation. Although the possibility of future Jordanian involvement in solving certain elements of the Israeli-Palestinian conflict cannot be ruled out, Jordan is not likely to accept a new confederation with Palestine.