OPINIONS Is Britain's 'Golden Age' with China over？

Is Britain's 'Golden Age' with China over？ 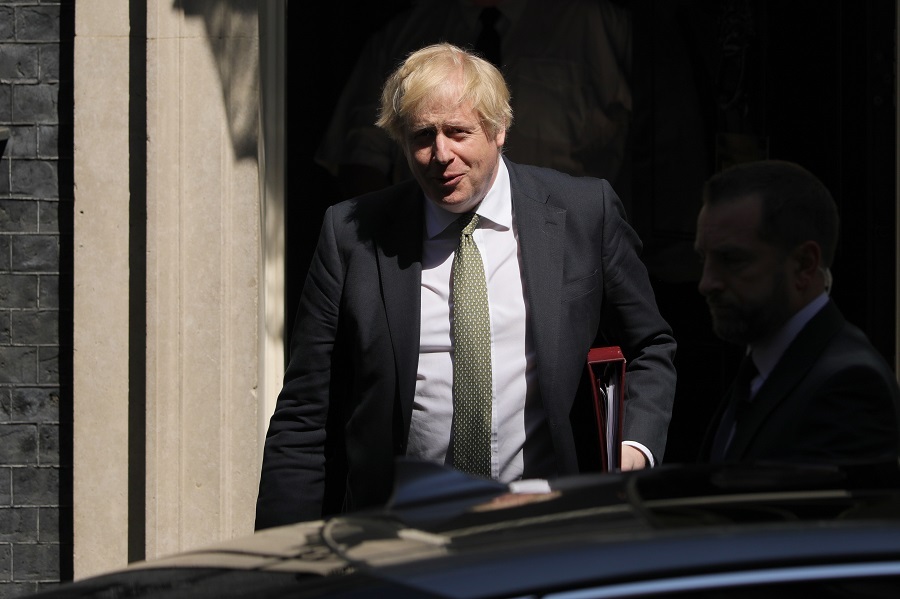 On May 23, British government officials told The Daily Telegraph that Prime Minister Boris Johnson has now changed his mind on Huawei's participation in Britain's 5G internet network. Faced with a growing rebellion in his Conservative Party, as well as growing media pressure, Downing Street now seeks to reduce the company's role in the country to zero by 2023.

The timing was no coincidence; he had in turn also announced a visit to Washington D.C. to meet with Donald Trump on the matter of trade, as well as pledging to reduce Britain's dependency on China on critical supply chains and introducing new restrictions on investment in technology and other critical infrastructure.

The sudden moves against China are a far cry from only months ago, when Boris tweeted on February 18 that he had phoned with Chinese President Xi Jinping and in turn pledged to "strengthen economic ties" with China. Around that period, he had also rejected relentless American pressure to exclude Huawei.

Yet for being all so close, the world is now very different. The COVID-19 blame game pushed by those to the right of the Conservative Party, armed with the country's notorious press, have successfully soured opinions on China and derailed what was the prime minister's consistent policy in seeing Beijing as a longstanding source of trade and investment in the midst of Brexit.

This ultimately marks the end of what was once proclaimed "The Golden Age" of relations between the UK and China by former Chancellor George Osborne in 2015. Although the hawks will cheer, this will be a significant blow to the United Kingdom's national interests as it will force almost near dependency upon Washington and undercuts his "global strategy."

In this case, if Johnson is still serious about being positive toward Beijing, he now has an uphill battle to balance relations in the midst of these conflicting pressures and pursue a foreign policy driven by pragmatism, something which the right-wing press (as seen with Brexit) makes nigh on impossible.

A few months ago, nobody could have seen this coming. Boris Johnson became the prime minister of Britain and on his first three days in office spoke enthusiastically about the Belt and Road Initiative. He recognized astutely that in the midst of cutting ties with Europe, China was an important economic partner for the United Kingdom in the scenario of Brexit.

Yet, in the "anglosphere" world, already pressures were bubbling as America's turn against China inevitably held sway over some areas of British politics, especially in his own Conservative Party. As Johnson pursued engagement with China, voices of discontent began to emerge which sought to overturn this agenda, soon developing to an attempted rebellion against Huawei 5G plans. But for the meanwhile, these voices could be ignored.

Then the COVID-19 pandemic happened. The British government made a series of critical mistakes which saw the country suffer the fourth highest outbreak in the world. Britain's notorious right-wing press quickly seized upon the opportunity and launched the China blame game in tandem with Johnson's critics. The United States played very little, if any role in this turn.

The infamous Mail on Sunday article demanding a "reckoning" was the turning point. Herein, those in the party pushing an anti-China line found ample political capital to force themselves into the mainstream and thus demand a series of changes in Boris Johnson's position less they subject him to humiliating defeats. Thus, not long after in a press conference, Foreign Secretary Dominic Rabb declared: "We can't have business as usual with China."

The Conservative Party's right have a long history of being buoyed by the press and forcing the government's foreign policy rightward, acting against the national interests of the country as a whole. Look no further than Brexit itself. Euroskeptics forced a liberal Conservative in David Cameron to take a harder stance on Europe and commit to the referendum wherein Leave won.

Now, they have been able to drive forward populist pressure in encouraging the British government that burning ties with China is a good idea, something which sadly the public will support. But this leaves the country in a state of strategic isolation, making distance with two of the world's largest markets and now hedging toward the United States as the only tenable option left.

This is hardly the "global Britain" Brexiters promised in 2016. Of course Boris insists he still wants a relationship with China, but how tenable is this? Public and media vilification of China is now going to continue much out of his control, and every single deal or move is going to be met with heavy controversy.

If anything, Boris Johnson has his hands tied. In such an environment it will be very difficult for UK-China relations to remain stable and look for a pathway forward. Growing right-wing pressure, coercive demands from the United States and public disapproval of China will continue to make what was a clear economic necessity for the prime minister at first untenable.

Thus, along with Brexit, the lasting impact of these populist imposed foreign policies will ultimately prove detrimental to Britain's broader place in the world.