OPINIONS Is China's message at Davos really a warning?

Is China's message at Davos really a warning? 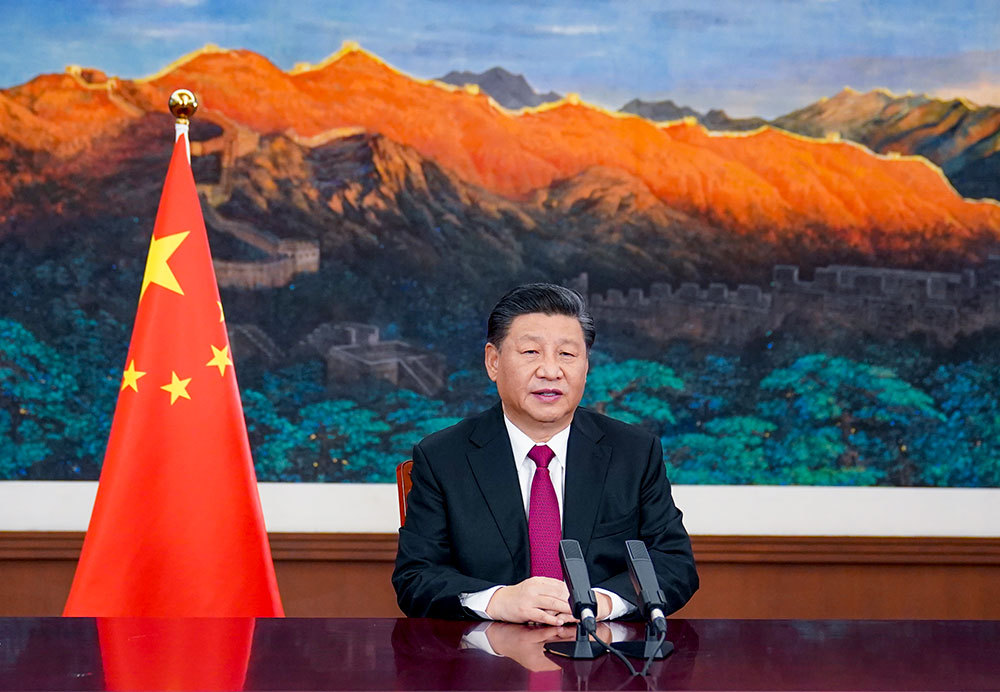 "Xi Jinping sends a warning to the US at Davos." This is Quartz's headline for one of its articles that covers Chinese President Xi Jinping at Davos Agenda event on January 25. The Wall Street Journal's report tapped into similar rhetoric, calling the speech "warns against confrontation." It is a "veiled warning," WSJ wrote.

At Davos, Xi talked about the danger of countries that "build small circles or start a new Cold War." He explained that "arrogance, prejudice and hatred" and the "attempt to impose hierarchy on human civilization or to force one's own history, culture and social system upon others" are the actions that ring the alarm. He called for international affairs to be addressed through consultation, and the future of the world decided by everyone working together.

Are these warnings? If the speech was given a couple of years ago, these words might be viewed as such. But now, knowing what we all know and seen what we've seen, it would be better characterized as reflections on a cautionary tale that few want to experience again.

For China, that experience has been much more threatening and personal than perhaps many other countries. Some factions in the US have been moving toward starting a new Cold War with China. Despite China's repeated warnings, it ignored warnings about the pandemic that has led to more than 100 million infections around the world and killed more than 400,000 Americans. And what did China get? Political shakedowns and blames for the US's failure.

Consider this. Chinese people suffer less crime and are more economically secure than Americans. Each generation, Chinese children are having brighter future ahead than their parent's generation. Chinese are more satisfied with their government than Americans are with theirs. China is unified, and its people are heading forward in one direction, trying to lift each other up.

For developing countries struggling to ensure stability and prosperity, China is seen as a role model, even as some mature democracies see only flaws. China's economic policies over the past decade have been widely successful, lifting hundreds of millions of people out of poverty. China has proven it can be an effective partner in fighting the most pressing and dangerous threats to humanity.

China's strength has never been about threatening others, but used for making the lives of its own citizens better and lend a hand when it can. But such actions seemed to have threatened global entrenched interests and broke expectations about what China is capable of, making China a target of political, economic and cultural hostility.

When the United States won its independence, its rebels inspired contempt from entrenched interests and exceed what others expected of their capabilities. Why can't they see the similar thing when it comes to others?

The future of the world should be decided by everyone working together. In their hearts, people of all nations know this is the only way forward. But this can only happen when we respect other people as equals.

Right now, the US and many in the world face a choice. Will they choose to work together with others as equals to solve common problems? Or will it hold on to its arrogance, prejudice and hatred to conserve what esteem they perceive they gain at the expense of the shared fate of the entire human race?