OPINIONS Is China's poverty alleviation standard too low to deserve a victory?

Is China's poverty alleviation standard too low to deserve a victory? 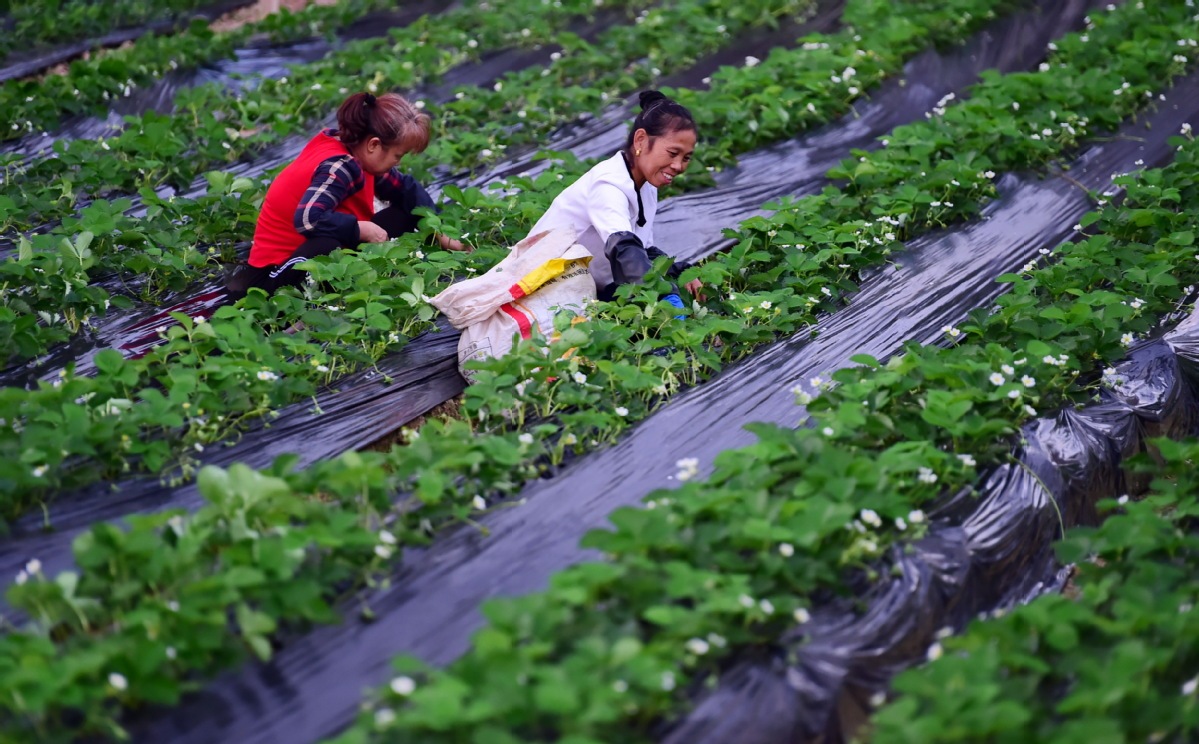 Despite China securing a comprehensive victory in its fight against poverty, some Western critics have continued to cast apprehensions on the poverty eradication efforts and reliability of the data.

In their obsession with questioning China's achievements, these detractors have overlooked the holistic approach and strict evaluation strategy adopted by Chinese authorities to ensure the quality of the poverty relief work.

China set its poverty line at a per capita annual income of 2,300 yuan at 2010 constant values, or 2.3 US dollars in terms of purchasing power parity per person a day. This standard is higher than the World Bank's benchmark of 1.9 US dollars per person per day. By 2020, a person making less than 4,000 yuan a year could be listed as impoverished. These figures are enough to bust the baseless apprehensions of the naysayers.

Besides the numerical target, China ensured the impoverished people have "two assurances" (adequate food, adequate clothing) and "three guarantees" (access to compulsory education, basic medical services, and safe housing). All of these factors are important to the poor population but somewhat not "on the radar" of the Western critics. In addition, China has conducted the strictest assessment to ensure that the standard of poverty relief work is not compromised.

What's worth noting is improvements in transportation, electricity and housing for the poor did not reflect in the income numbers, either.

Since late 2012, China has built or upgraded 1.1 million km of rural roads, provided a reliable supply of power to rural areas, and expanded fiber-optic internet access and 4G network coverage to more than 98 percent of its poor villages. During the same period, some 25.68 million impoverished people from 7.9 million households have seen their dilapidated houses renovated, and more than 9.6 million people have been relocated from impoverished areas.

China's achievement in poverty alleviation is not just limited to improvements in material conditions but also includes efforts in raising public spirit. The country has boosted the enthusiasm, ambition and creativity of the poor by providing them access to education and helped build aspirations.

Thanks to training programs and work experience opportunities, poor people have been able to improve their skills. The unremitting progress has not only instilled confidence among these people but also developed a stronger awareness of escaping poverty through self-reliance. The spiritual gains of these rural poor, as expected, have also been ignored by some skeptics.

These efforts in amalgamation with government measures and policies to prevent people from falling back into poverty bring extreme poverty in China to an end, once and for all. The country's poverty alleviation is a success, but far from a full stop. China remains the biggest developing country globally. It still needs to consolidate and expand poverty alleviation achievements. In pursuit of this goal, major supportive policies and assistance for the poor will remain stable.

China bashers, blinded by skepticism, have been obsessed with making unfounded accusations instead of espying things comprehensively. Selective amnesia of the West is neither fair nor helpful as it will only hinder China's poverty eradication experience from benefitting more people around the world.