Is China the new Red Scare? 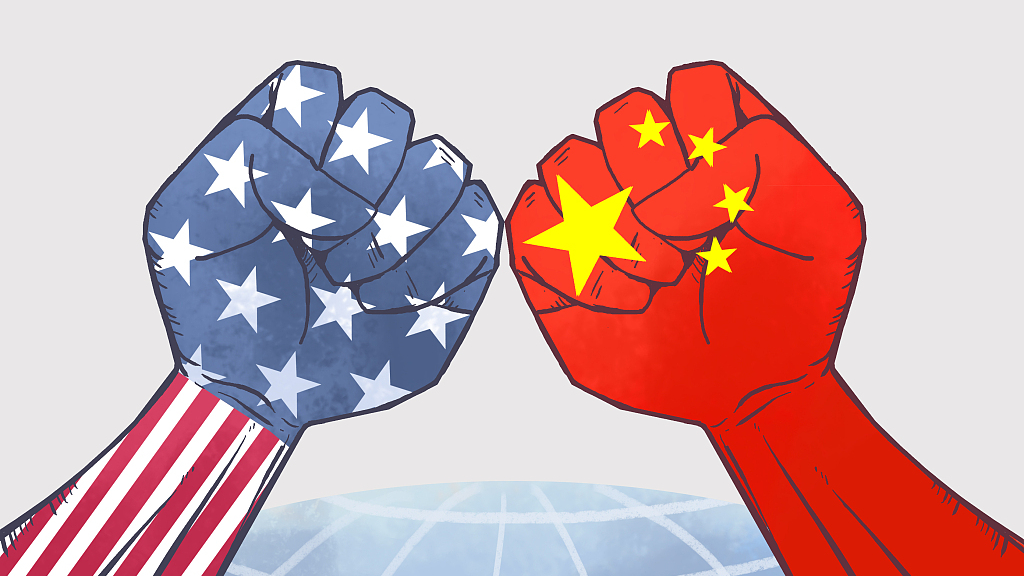 This time, the target is not the Soviet Union, but China.

Bannon is part of a group of experts who earlier this year launched the "Committee on the Present Danger: China."

The title of the lobbying group and language are straight out of the Cold War. Its goal is "educating" Americans about "the mortal threat posed by the Communist Party of China (CPC)" and "keeping the United States and Free World strong and safe."

This dire language comes as democracies around the world are being disrupted by a wave of nationalistic movements offering black-and-white solutions to the problems facing their nations.

In this simplistic worldview, job losses are due to globalization, not automation. Immigration crises are fueled by weak borders, rather than wars, global inequity and environmental disasters. People are poor because they are lazy.

Clownish leaders whose claims make little sense on anything but an emotional level are dismantling liberal institutions that have taken decades to build in order to enhance their personal power, using the age-old boogeymen of immigrants and hostile foreign powers.

Donald Trump, a man who came to political prominence by suggesting Barack Obama was a foreigner, launched his presidential campaign by labeling immigrant Mexicans' as "rapists," and most recently suggested four newly elected congresswomen of color "go back and help fix the totally broken and crime infested places from which they came."

Three of those four congresswomen were born and raised in the United States.

The next page in the playbook of a demagogue like Trump is to choose a foreign adversary. Russia is out, for unclear reasons. Trump says he has fallen "in love" with the top leader of the Democratic People's Republic of Korea (DPRK) Kim Jong Un.

Perhaps fortunately for China, Iran at the moment is serving the role as "Public Enemy No. 1."

But the "Committee on the Present Danger: China," aims to change that.

The group's founding statement says: "As with the Soviet Union in the past, Communist China represents an existential and ideological threat to the United States and to the idea of freedom."

The group claims every university, high-tech company and even the U.S. intelligence community have been penetrated by the Chinese.

So far, Trump's focus on China has not been sustained, and despite the trade war the president initiated, he has not yet painted himself into a corner. There is still hope the two sides could reach a trade deal, opening the way to cooperate on issues such as the DPRK.

However, if the claims of Bannon's new group are taken up by the right-wing hype machine, of which Bannon himself was an architect, the committee's warnings about a cold war could become a self-fulfilling prophesy.

The black-and-white thinking that comes so easily to Trump and his supporters confuses a competitor with an enemy.

The US and China certainly have competing economic, political and strategic interests. Their value systems have real differences, and China's growing strength is undoubtedly a threat to US hegemony.

These things do not need to make China an enemy, or an existential threat to the American way.

The Chinese government has its flaws, but it has lifted 850 million people out of poverty over the last 40 years, an astonishing achievement. It continues to improve the living standard of its people each year. China is one of the safest countries in the world. It has not participated in any far-flung military adventures.

If the United States wants to maintain the leadership role it has held globally since the end of World War Two, it would best be advised to lead by example. If the US shows it has a superior system of government, other countries will emulate it.

US gains in social equality for minorities, women, and LGBTQ people, however uneven, have inspired people around the world. US music and films are enjoyed and emulated everywhere.  America's boundless creativity has led the information revolution.

No other country, including China, can take these things away from the US.

However, endemic gun violence, an opioid crisis, a yawning gap between the rich and poor and a foreign policy that has destabilized governments around the world and cost untold lives in pointless wars, do not inspire confidence or emulation.

Again, no other country, including China, can be blamed for these things.

China's rise may be a threat to US hegemony and economic and military power, but it is hysteria to conflate this with an existential threat to the nation and its highest values.

Issues such as intellectual property rights can be negotiated. But black-and-white statements accusing China of stealing "American intellectual property — the life-blood of our information-based economy and a key component of our national security" don't succeed in anything but keeping people divided.

Bannon, who served for a time as chairman of Trump's election campaign and as his chief strategist in the White House, has been doing everything in his power to get Trump to stand firm on trade negotiations with China.

Earlier this year, Bannon wrote, "If the CPC agrees to the United States' demands in an enforceable manner, it would amount to a legal and regulatory dismantling of Chinese state capitalism."

Bannon knows well that China would never agree to dismantle its system of government over a trade dispute.

He wants to see the two nation's economies decoupled, and the start of a new cold war.

Let's hope the United States ultimately can see Bannon and his ilk for the Manichean, divisive, power-hungry fear-mongering artifacts from another era that they are. Until that happens, China would be wise to give Trump a short-term political win in the trade war, and let another country be the target for the president's next "Hate Week."