OPINIONS Is EU listening to its voters’ message?

Is EU listening to its voters’ message? 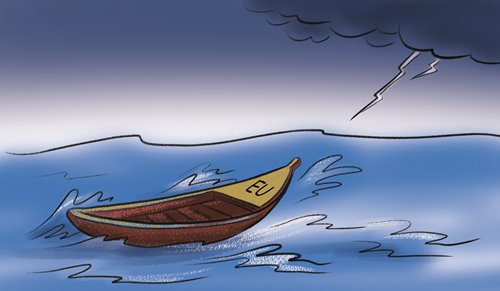 The EU is at a juncture where it finds itself unable to escape its inward-looking attitude. The March election result in Italy has multiplied fears of a new crisis in a period of relative calm. In particular, the recent formation of a coalition government by the Five Star Movement and the League has not been welcomed by Brussels. European policy-makers, including President of the European Commission Jean Claude Juncker and Commissioner Günther Oettinger are vocal on criticizing Italians for giving these two parties an opportunity to come to power. Similarly, the German media sees the Italian government as a risk for both Italy and Europe, aggressively commenting on the policies of both the Five Star Movement and the League.
For decades, the EU has insisted on the importance of values inter alia democracy and has regularly offered lessons to others on it. Ironically, now that numerous citizens vote for eurosceptic parties in several countries - Italy and Slovenia being the most recent examples - European elites are tarring this choice. In doing so, they are attempting to hide the existing problem. But the reality is that the style of EU governance with the German stamp on it is being challenged by ordinary people. The tendency seems irreversible.
It would be wiser for European elites to carefully listen to messages sent by results of democratic elections instead of deluding themselves. According to the dominant European narrative, all eurosceptic politicians, either from the Left or Right, are populists. Some of them are investing in populism to gain political capital. The EU should first ask itself where it has gone wrong and why euroscepticism is on the rise.
The Italian example is telling. In the public perception, mainstream politicians are largely associated with corruption and maladministration. At the same time, the EU is regarded an elite organization allowing these politicians to act freely, dictating austerity measures and offering no support in managing the refugee crisis. As a result, many desperate citizens do not any longer trust mainstream political parties, for example the Democratic Party or Forza Italia, and in the same way want to punish opaque bodies such as the European Commission for having no vision for the future.
From the moment mainstream parties have failed to bring in new blood and formulate different and promising agendas, new ones such as the Five Star Movement and the League have gained ground. The question is what can happen next. The new Italian government is not prepared to easily accept European rules and wants to lay more emphasis on social spending and growth. This is anathema for the EU and Germany. But should it be?
No doubt, a country needs to respect its obligations in order to safeguard its position in the eurozone. Fiscal consolidation is therefore necessary. Nonetheless, some flexibility in applying terms of the European fiscal pact will not derail the eurozone. This being said, the new Italian government has an excellent opportunity while being in power: to show responsibility in keeping the rules and cooperating with the president of France, Emmanuel Macron, and building a stronger front pushing for reforms and growth in the eurozone.
Eight years after the outbreak of the European debt crisis, the EU and Germany are still overlooking the problems of ordinary citizens. So, inequality, unemployment and poverty are steadily rising in the eurozone. Europe needs a big shock to wake up and pay more attention to the real needs of the people. If it is serious and careful, the new government of the Five Star Movement and the League might inaugurate a new era.
This is not a fight between populists and the Germany-led EU. It is a fight for the survival of Europe. If Berlin shows no compromise in negotiations with Rome and leads the Italian government to a humiliating defeat and collapse, the next election to be soon provoked could lead to even higher euroscepticism in the Mediterranean country.