OPINIONS Is it counterproductive to move the US embassy to Jerusalem?

Is it counterproductive to move the US embassy to Jerusalem? 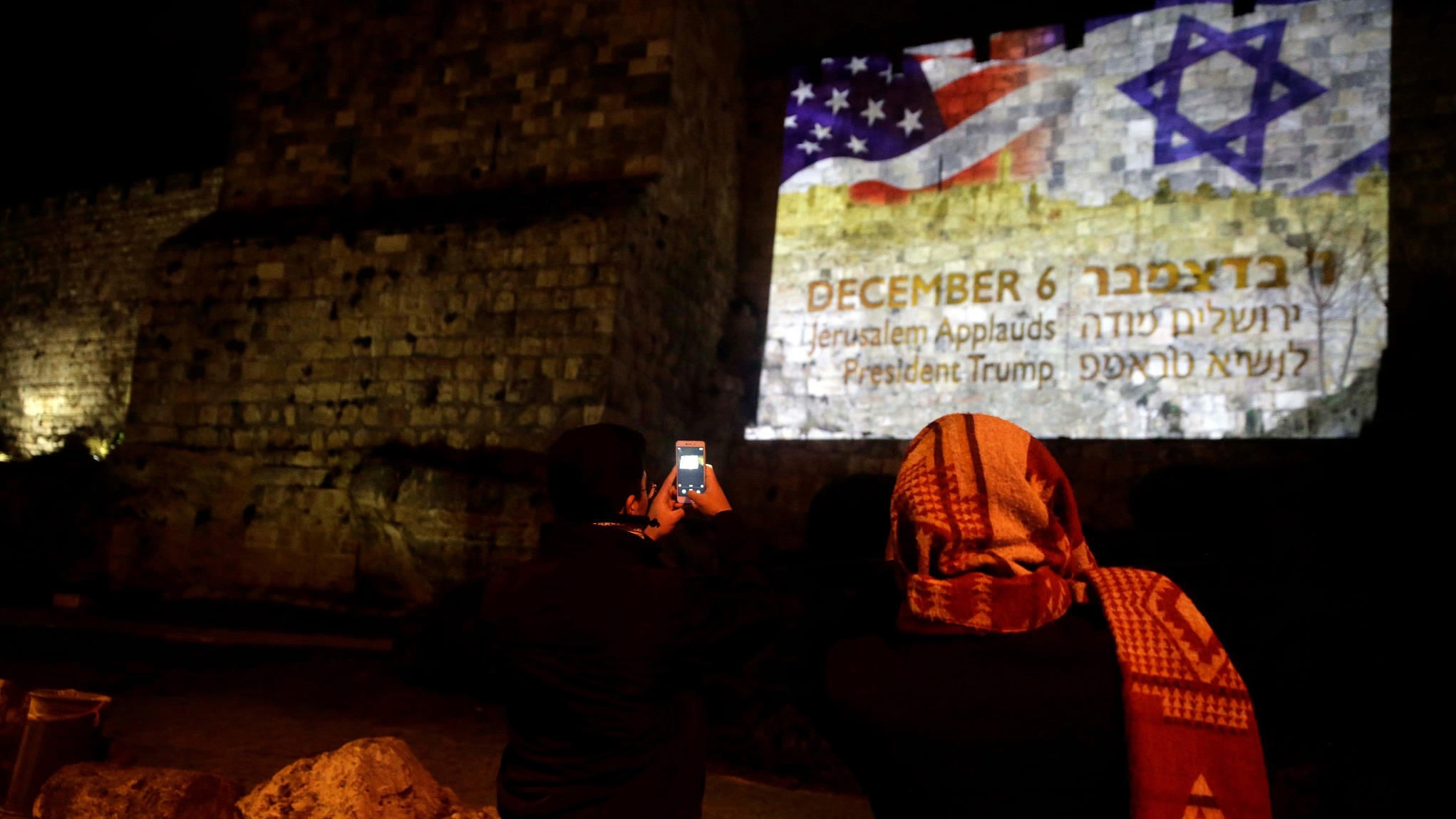 The Middle East is a mess. To make the situation there worse, the Trump administration defied opposition from most countries in the world and moved its embassy in Israel from Tel Aviv to Jerusalem. The opening of the new embassy on Monday inevitably further acerbates the Israel-Palestinian relations and puts the United States itself into a more difficult position to promote peace in the region.

The embassy relocation is not a surprise to many Middle East watchers. When Donald Trump was on his campaign trail, he had vehemently and repeatedly promised to move the US embassy to Israel’s capital Jerusalem. On December 6, 2017, Trump turned his campaign promise into an official decision. The US state department followed through and announced that the new embassy will be opened on the 70th anniversary of the founding of the state of Israel. 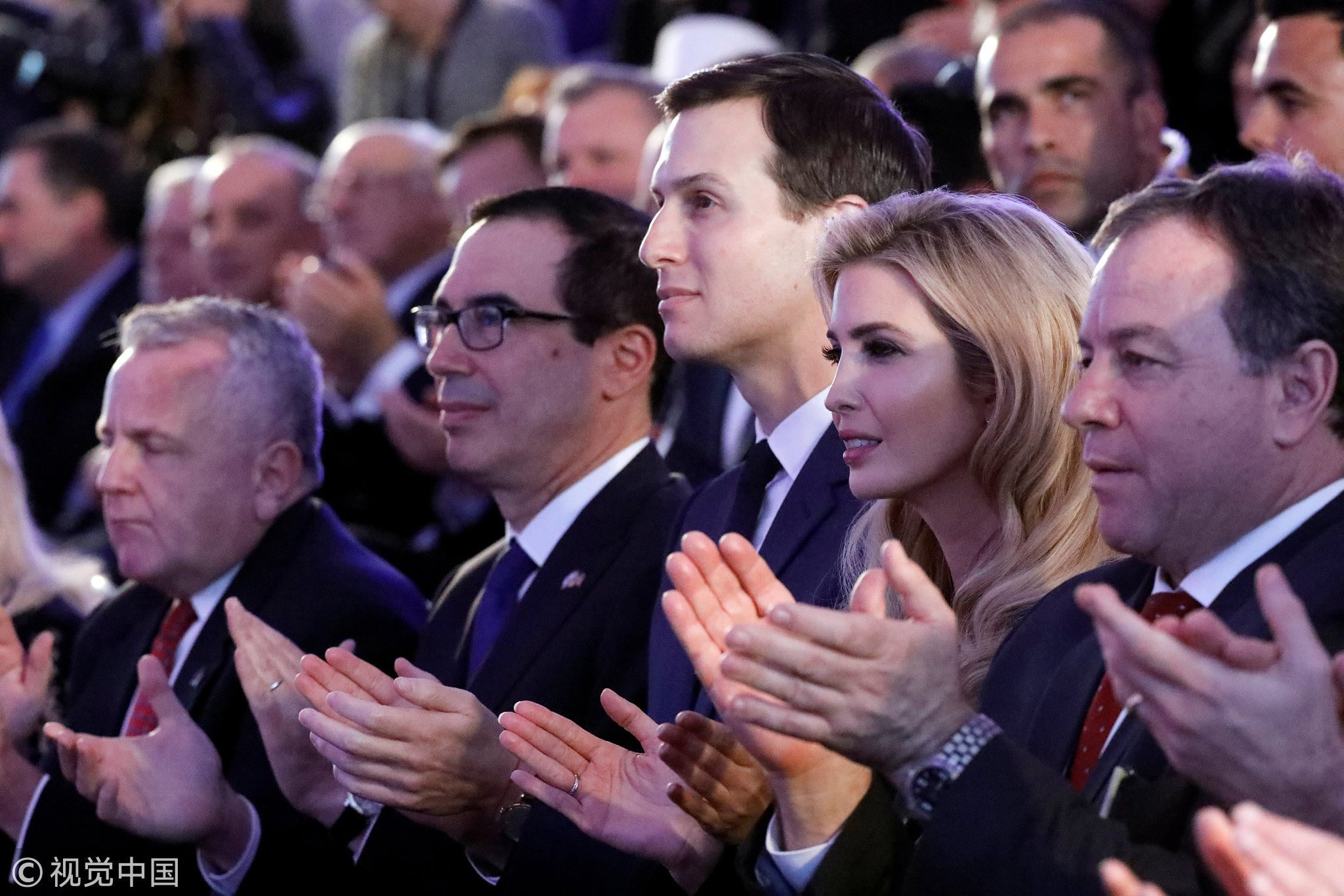 US Deputy Secretary of State John Sullivan, US Treasury Secretary Steven Mnuchin and Senior White House Advisers Jared Kushner and Ivanka Trump clap their hands during a reception held at the Israeli Ministry of Foreign Affairs in Jerusalem ahead of the moving of the US embassy to Jerusalem, May 13, 2018. ( Photo: VCG)

The embassy move demonstrates the political pendulum inside the United States decisively swings to the pro-Israel pole.

It is well known that the United States is Israel’s staunchest ally and has come to its rescue when Israel’s survival was in danger. The United Sates also has been a vocal supporter of the country in the United Nations and succeeded in blocking any anti-Israel resolutions, but such special relations between the US and Israel became strained after Barack Obama assumed presidency. Obama tried to end two unpopular wars overseas and reduce the US military presence in the Middle East.

On the Israeli-Palestinian issue, Obama started with a series of bold actions, including appointing George Mitchell to the special envoy’s post on his second full day in office, and encouraging Israel and Palestine to negotiate a permanent peace based on a two-state solution, but his efforts went nowhere. Obama had to break the 36-year-long tradition by allowing the Security Council to pass the resolution 2334, which claims that Israeli settlements in Palestinian territories have "no legal validity" and constitute a "flagrant violation under international law." 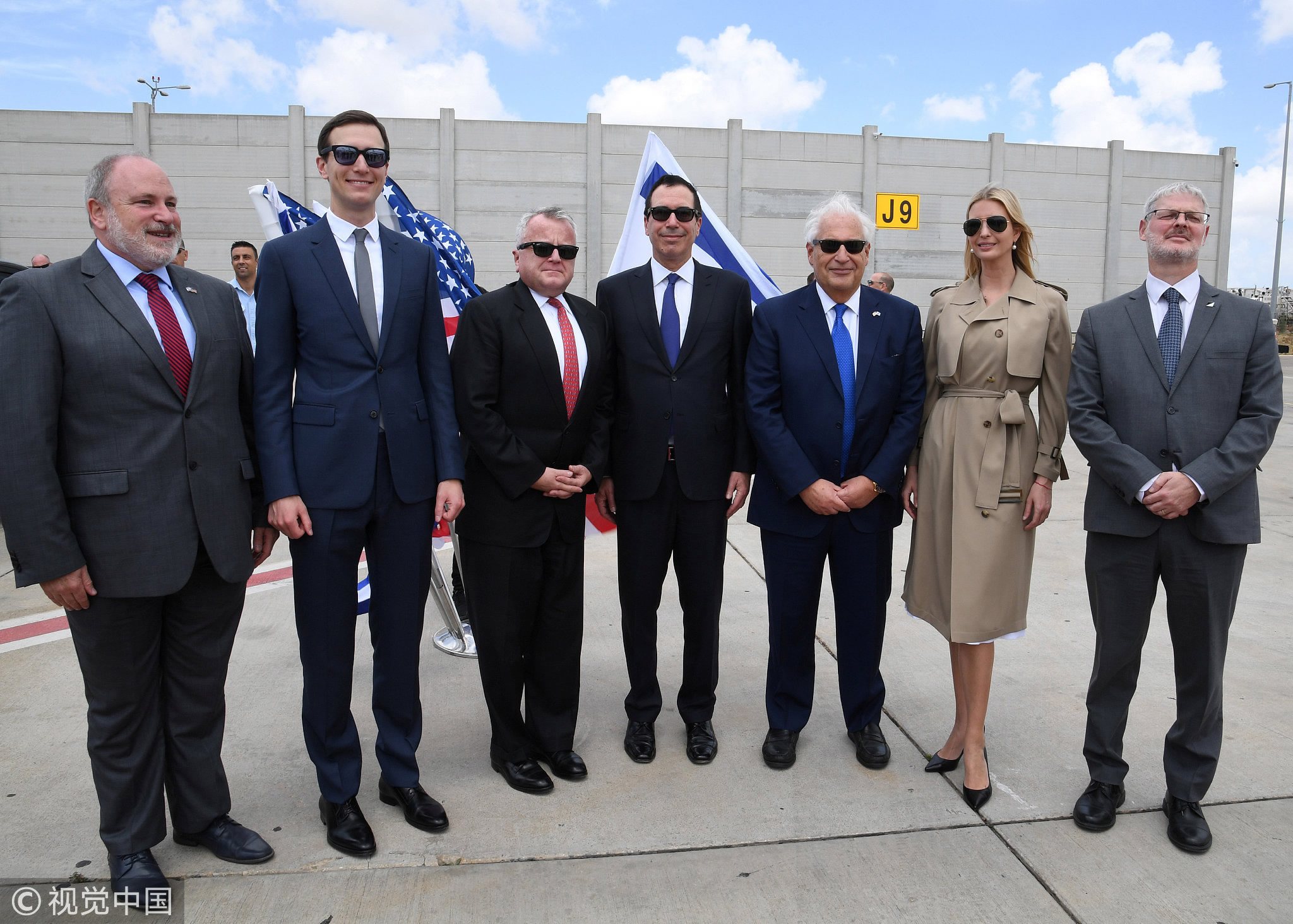 Obama also resisted all the pressure and released 221 million US dollars to the Palestinian Authority during his last hours in office. The Trump administration quickly froze the payment and undid what Obama administration did before.

The swing of the political pendulum was a result of many factors.

First, traditionally, Israel enjoys a strong support from the pro-Israel congress. The Obama administration’s departure from the traditional voting policy for Israel in the Security Council met with strong opposition from the Congress. In response to the passage of the UNSC resolution 2334, the US White House quickly adopted a resolution, condemning its own government and the United Nation’s anti-Israel action.

Second, the new US policy toward the Middle East highlights Israel’s strategic value. After an initial flip-flop, the Trump administration is seemingly determined to take a proactive role in containing the expansion of Iran, Syria and Russia’s influences in the Middle East.

The administration not only sent military forces to safeguard the oil-rich area inside Syria and attacked Assad’s military targets directly, but also defied international call and withdrew from the Iran nuclear deal.

It must also rely on its ally Israel to reduce if not eliminate Iran’s military presence in Syria. In fact, Israel already did so by launching a massive attack on Iran’s military bases in Syria on May 10.

Third, the passage of the resolution 2334 alarmed Israel that it cannot take US support for granted, it must lobby hard to win full support from across the political spectrum. Ivanka Trump and her husband Kushner’s religious affiliation with Judaism and their significant influence over President Trump and Trump’s anti-Obama obsession also plays a role in the policy reversal.

The opening of the US embassy in Jerusalem upends the long-standing US position over Jerusalem that it was an international city, thus inevitably will worsen the already fragile relations between the United States and Palestine. As Trump announced the embassy relocation, President Abbas said his government would not accept any US peace plan with Israel. Trump threatened to cut off US aid to the Palestinians.

Trump’s heavy-handed and lean-to-one side approach in dealing with the Palestine-Israel issue will weaken the Palestinian Authority’s position in its asymmetrical relations with Israel and toughens up Palestine’s resistance to US pressure. With Palestinian's diminishing trust, the United States thus may find it more difficult to serve as an effective broker between Israel and Palestine.

The embassy relocation will further strain relations between Israel and Palestine. In the past six weeks,  Palestinians have been staging protests, dubbed “Great March of Return”, in Gaza in order to cross the Israel guarded border fence and return to their homeland. The protests from time to time resulted in violent and bloody confrontations between Palestinians and Israeli troops. More than forty Palestinians got killed and thousands injured.

Undoubtedly, the opening of the US embassy in Jerusalem will add fuel to the fire. As the Palestinians declare the embassy opening day “a day of rage”, we have reasons to expect a large Palestinian protest, which may produce a large number of new victims.