OPINIONS Is Italy a Trojan horse for China?

Is Italy a Trojan horse for China? 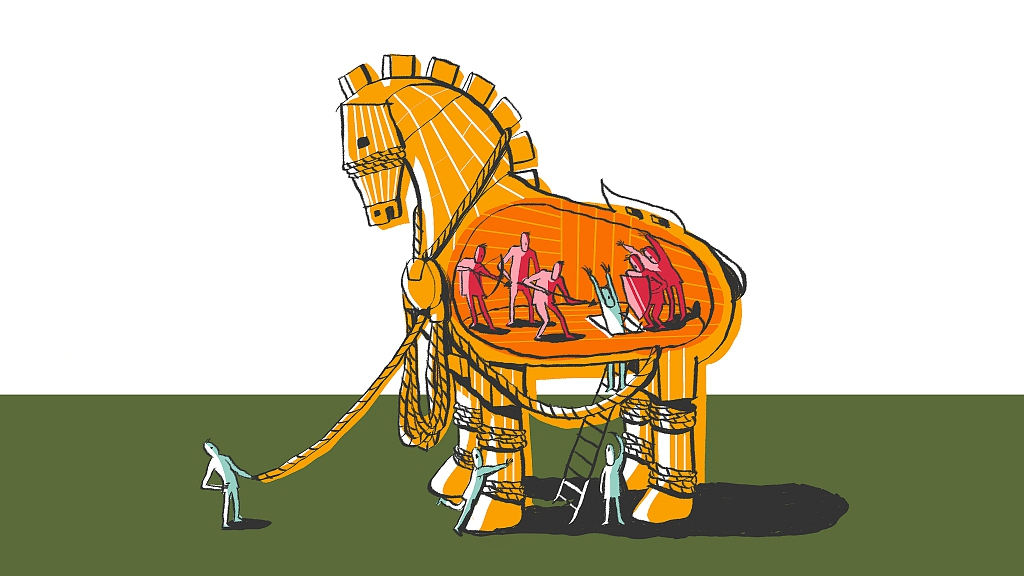 As Italy rolls out the red carpet for Chinese President Xi Jinping and becomes the first G7 country to join the Belt and Road Initiative (BRI), there are growing concerns within the EU about China's "strategic intentions."

"Italy could become a Trojan horse for China because Chinese investment will push Rome to try to temper other European powers' intransigence toward Beijing," France 24 quoted Jean-François Dufour, head of the Paris-based DCA Chine-Analyse consulting firm. The remarks were made not long after the European Commission labeled China as an "economic competitor" and a "systemic rival."

With Washington fanning the fire, Europe's suspicions about Beijing are reaching a peak. The EU, in recent years, has been perplexed by a slew of crises, ranging from Brexit to an influx of refugees to the multi-year debt issue. Donald Trump's "America First" doctrine is another bit of bad news for Europe as this traditional US ally will have to pay more in exchange for security guarantees, within the NATO framework.

The EU, bogged down in an economic and political quagmire for years, is eager to have a finger in China's pie. But on the other hand, the continent, especially countries in the western part, is not ready to accept the transition of power in the world's geopolitical landscape and thus is highly vigilant of China's rise.

Europe's ambivalence is understandable. Time will prove that it is China, instead of the United States, that will help bring the continent's economy out of the doldrums. China's BRI is a two-way street and is, by no means, a colonization project as some Western media have hyped.

Under the BRI, Rome will see a boost in the export of "Made in Italy" products to the huge Asian market. "From April 2, for the first time, Sicilian oranges will arrive in China by plane," Luigi Di Maio, Italy's deputy prime minister was quoted by The Guardian as saying. "Italian entrepreneurs have been waiting for this for years; now small and medium-sized firms will be able to internationalize their business."

Moreover, the BRI is a mascot for Italian cities. For instance, the Beijing-Rome memorandum of understanding (MoU) will mean that Trieste, a cosmopolitan port city linking Latin, Slavic and Germanic cultures in imperial times, will return to a geopolitical pivot point after a long-time silence.

As Italy tipped into a recession in the final months of 2018, for the third time in a decade, Chinese BRI-included investment is the quickest way to boost the country's exports, revive its cities and instill impetus to its economy.

While Beijing is never stingy in offering carrots, Washington is always ready to wield sticks on Europe. Since taking office, Trump has been repeating his desire to reduce Washington's security commitments to European allies, pushing NATO members to raise their defense spending to 4 percent of their GDP.

Earlier this year, Washington threatened to sanction German companies involved in the construction of the Russian-backed Nord Stream 2 pipeline. The move was immediately criticized by Berlin as meddling in Europe's foreign policies.

Facts show that while Beijing is striving to build a community of shared future for mankind, Washington is sacrificing the EU's benefits for private gain. European countries have the wisdom to figure this out.

China and Europe, in spite of their intense competition in some fields, see no strategic conflict. Hence, Beijing has no reason and can reap no benefit from sending a Trojan horse to the continent. The Beijing-Rome MoU is an economic opportunity for Europe, rather than a strategic deal, about which other European countries should take it easy.

European suspicions against Beijing are a result of a lack of communication. The two sides should take Xi's visit as an opportunity to deepen their mutual trust and understanding. Cooperation with China will better serve the EU's fundamental interests. The EU will only see consolidated, not crippled, security and sovereignty via collaborations with Beijing.