OPINIONS Is Latin America willing to be ruled by the United States?

Is Latin America willing to be ruled by the United States? 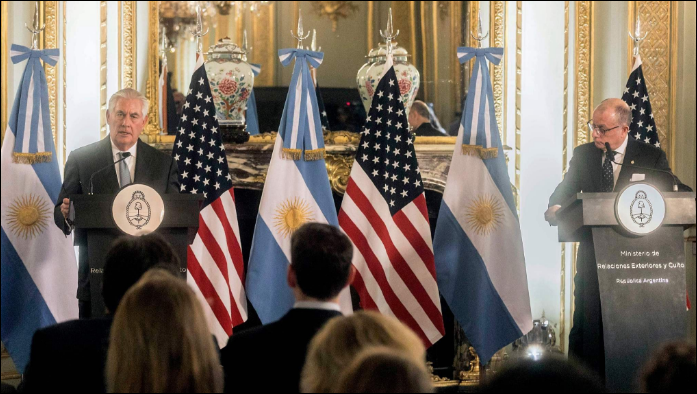 As a president of Brazil-China Chamber of Commerce and Industry, Charles Tang believes no one would like to be ruled by the United States.

The US Secretary of State Rex Tillerson kicked off a week-long tour to five nations in Latin America and the Caribbean from February 1 to 7.

But what made more headlines was his speech before the trip: suggesting that Venezuela's President Nicolas Maduro could be toppled by his own military, and warning Latin America that China is a so-called neo-imperial power. But to what extent does the region agree with him?

“Latin America always said Yankee go home... because nobody likes to be ruled by a big stick, such as the Monroe doctrine.  Whereby you impose your wishes by the strength of the force and you military dictatorships against the will of people. Some of these military dictatorships have depleted the treasury of the countries for their own benefits, so I don’t believe that is the right approach,” Tang pointed out.

However, the US ex-deputy assistant secretary of State Joel Rubin thinks the Monroe doctrine is great, “We have policies to Latin America on trade and immigration.  It is very much creating tensions with the region.  I served in Latin America for several years. I understand the sensitivity there. When the secretary says the Monroe doctrine should be American’s policy, it is very great. So, Latin America still wants to be told what to do by the United States, and right now this administration is falling to engage than dictate what they want to do.”