OPINIONS Is Nigeria the hardest nut to crack for Merkel over illegal migration?

Is Nigeria the hardest nut to crack for Merkel over illegal migration? 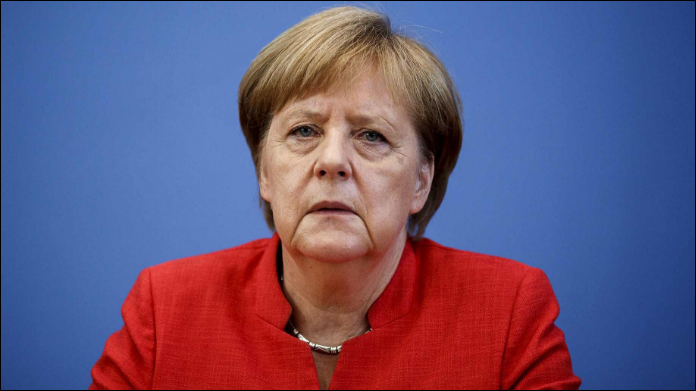 Nigeria will be at the center of the international stage as it will be welcoming two of the most powerful women in the world this week.

German Chancellor Angela Merkel is expected in Nigeria on Friday after visiting Senegal and Ghana and her world leader friend British Prime Minister Theresa May has already arrived in the country on Wednesday.

Why is Nigeria important and tough?

Before Merkel's departure, reports said the chancellor would discuss economic developments with the African leaders.

But, it seems another topic has the chancellor on her toes.

Germany is battling a migrant crisis and for Merkel, the West Africa trip is a chance to bring the migrant crisis to the table in the region, especially in Nigeria.

According to Robert Kappel, a development economist from the University of Leipzig in Germany, if Nigeria is more stable, then it contributes to stabilizing the whole Sahel region and that will reduce the refugee problem for the European Union.

While Andreas Mehler, director of Germany's Arnold Bergstraesser Institute in Freiburg, believed that "difficult and self-confident" Nigeria would not accept Germany's "checkbook diplomacy".

Nigeria, a giant on feet of clay, does not need or get German development assistance, Mehler added.

Ketil Karlsen, European Union (EU) Ambassador to Nigeria, said on February that Nigeria accounted for 60 percent of the 10,000 illegal migration cases recorded between last November and January, which made Nigeria a synonymous of irregular migration.

But why they are leaving their country?

When we talk about terrorism we mean terror groups like ISIL, while for Nigerians, the group Boko Haram, which has crippled most of Nigeria since 2009, is part of the problem.

Kidnapping, suicide bombings and other insurgencies carried out by the group forced approximately 228,000 Nigerian refugees to leave their country, the UN Refugee Agency UNHCR reported.

Because of the situation, many talented people have left the country, hence weakening the economic development in the region that is already poor.

To add insult to injury, corruption remains pervasive throughout the country, a 2016 report by organization Freedomhouse said.

And don't forget there is also a threat from the environment in the country.

"The environmental causes include climate change, for instance, the drying up of the Lake Chad and the transhumance dimensions," Tunde Oseni, Senior Lecturer and Head of Department of Politics & International Relations at Lead City University, highlighted.

The chancellor hopes to find a way to prevent them from starting their journeys.

Some believed that financial aid could be the prescription.

"The easiest and fastest way to stem the tide of this migration is to improve the economy in Nigeria, and Germany can play a role," said Nigerian political scientist Garba Kare.

"There are a lot of incentives in terms of trade, in terms of grants and aid and other intervention policies that Germany can give to Nigeria towards ensuring that those hundreds and thousands of people who usually flood the Mediterranean and other migrant routes are halted."

Yet, Germany is already funding some centers for migration, jobs, and reintegration in Ghana and Senegal, which have not been built in Nigeria.

While these centers were not reported working well in these places as very few migrants return to the countries of their own free will.

So, Kappel suggested Merkel to try to offer military assistance instead in the form of Germany providing training for the Nigerian army as the country battles the Boko Haram group in the north.

"I think Chancellor Merkel will try to convince the Nigerian government to cooperate not with money but perhaps with the training of the military and police, and perhaps better weapons," Kappel added.

How will Europe's "Iron Lady" deal with Nigeria over this issue? We just wait and see as her tour of the country will begin soon.