OPINIONS Is Singapore’s upcoming leadership up to the challenge?

Is Singapore’s upcoming leadership up to the challenge? 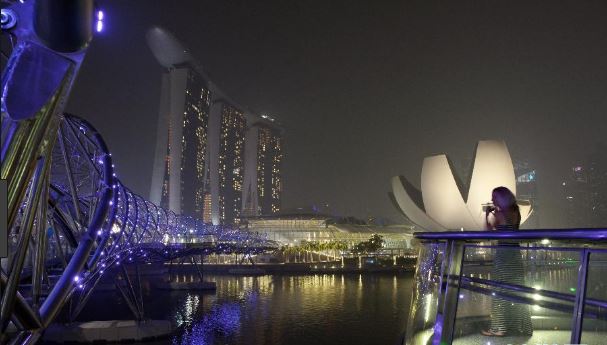 Singapore's then prime minister Lee Kuan Yew once said: "The only pity is that he is not of a big bulk, which makes a difference in a mass rally." The words described Heng Swee Keat, who was picked as first assistant secretary-general of the ruling People's Action Party (PAP) on November 23.Although not bulky compared to Singapore's former and current prime ministers, Heng won Lee's praise after being the late founding father's principal private secretary for three years. Lee regarded him the "best principal private secretary." Heng can be seen beside Lee at the celebrated leader's 91st birthday party. Many believe this shows Heng's close relationship with the Lee family and signals that he may lead Singapore's fourth-generation leadership.When Heng was managing the Monetary Authority of Singapore and leading Singapore 50 (SG50) Steering Committee and the Committee on the Future Economy, he made many remarkable achievements. It is believed that it's Heng's economics background and outstanding leadership that helped Singapore rapidly come out of the 2008 financial crisis.Rich working experience and a splendid resume laid a solid foundation for Heng's political career. His educational background once again reflects the PAP's embrace of elites. Heng joined the cabinet and became minister for education after the election in 2011, the same year he stepped into the political arena. In 2012, he led Our Singapore Conversation, a national conversation initiative, and fixed the PAP's political foundation hurt during the 2011 election. Under Heng, the PAP retained the Tampines GRC with 72.06 percent votes in the 2015 election - a 14.84 percent increase compared to the last election. In October 2015, Heng was appointed minister for finance, offering him a chance to apply his economics background. As former prime minister Goh Chok Tong and current Prime Minister Lee Hsien Loong have both served as ministers for trade and industry before, it's possible that Heng is the most reliable person to lead Singapore's fourth-generation leadership. But after he had a stroke in 2016, many people started to worry about his political career.The PAP picking Heng as first assistant secretary-general sent a strong signal that he would be the next prime minister by convention. But it's still possible that current Second Assistant Secretary-General Chan Chun Sing, who is eight years younger than Heng, may be the prime minister after one or two elections.According to law, Singapore will hold another election not later than 2021, which means the reputed leader and his team will face many challenges in less than three years. Heng will be focusing on his health, backing away from Lee Kuan Yew's political legacy, leading Singapore's sustainable development and strengthening his own diplomatic ability.There are concerns over Heng's health. As a result, the Singapore government and Heng himself have reaffirmed many times that he's fit for demanding work. Heng would be 60 in 2021 and if elected that year, he will be the oldest prime minister in Singapore's history. It seems Singapore's society won't stop worrying about Heng's health.But worries about Heng's fitness may be outdone by his enthusiasm for work and his party image. Although Heng has won recognition in just more than seven years in politics, some point out that his style of governing may not get rid of Lee Kuan Yew's influence. The international environment and Singapore's politics have transformed drastically compared with Lee's era and Heng knows to keep pace with the times.Although Heng lacks diplomatic experience, he has accumulated some from frequent visits and being involved with multilateral organizations after he served as minister for finance in 2015. The Lee Hsien Loong administration has been creating opportunities for Heng to deal with relations with China, the US, Japan and ASEAN. It will take a lot of wisdom for Heng and the fourth-generation leadership to achieve Lee Kuan Yew's diplomatic aspiration.Singapore always attaches importance to relations with China. In 1997, as Lee Kuan Yew's principal private secretary, Heng accompanied him on a visit to China's Suzhou Industrial Park. Heng speaks fluent Chinese as seen during interviews with the Xinhua News Agency and other Chinese media outlets, and is familiar with China's Belt and Road initiative and China-Singapore cooperation. In the past few years, the two countries were estranged over regional issues, and Singapore needs to be more cautious when dealing with such problems. As a result, there won't be fundamental changes in the relationship when Singapore's leaders change.Washington's tendency toward protectionism and deglobalization has upset Singapore, as the city-state largely depends on an export-oriented economy, free trade and global market. But Singapore is still much more dependent on the US than China on security, investment and technology. As China is rising, it's a hard task for Singapore to find a balance point between Beijing and Washington. This won't be easy for Heng as he lacks diplomatic experience.Lee Hsien Loong once said the PAP's new committee was a "major step forward in our political renewal." As the potential leader and "a safe pair of hands," Heng shoulders great responsibility.