OPINIONS Is Taiwan card Trump’s next move in act of ‘final madness’ playbook?

Is Taiwan card Trump’s next move in act of ‘final madness’ playbook? 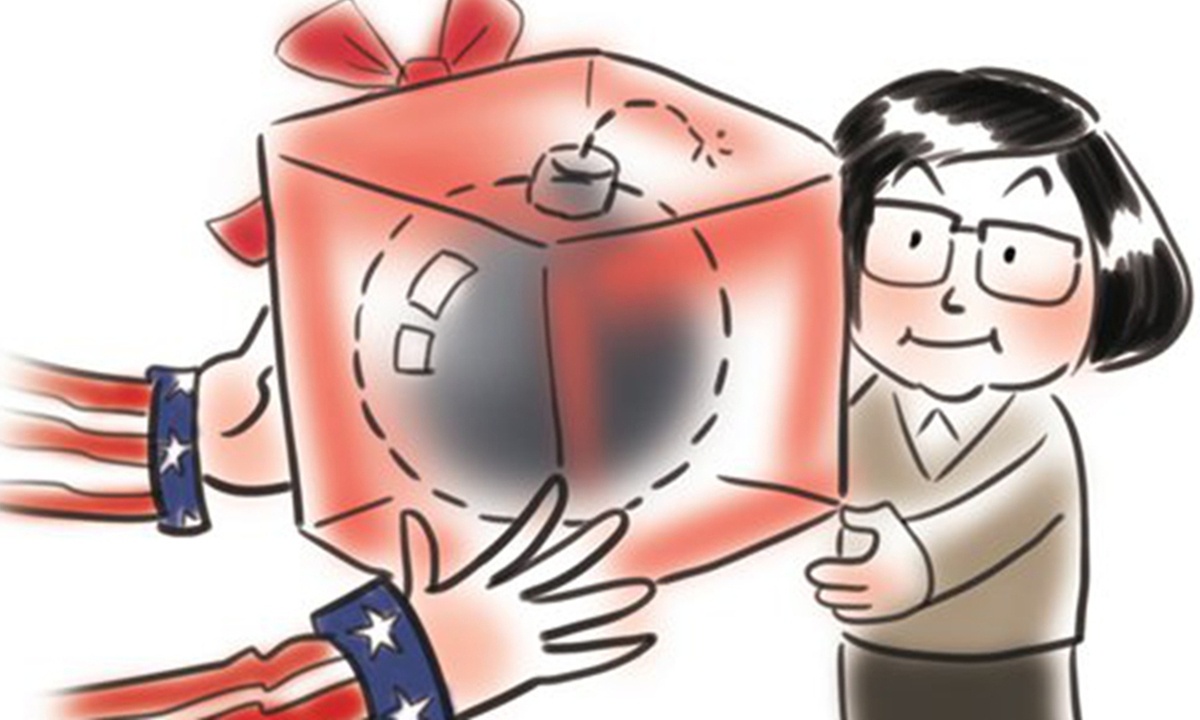 The US President Donald Trump's administration has become increasingly aggressive on the Taiwan question in recent months. He has also escalated the trend since the November 3 election.

It will be only two months before Trump leaves office on January 20 if Joe Biden is officially confirmed to become the next president. It is within reason to predict that the Trump administration may show his "final madness" to China across the Taiwan Straits.

He could blow up in anger, buckling under the combined pressures of failed pandemic policies, crippling economics, and the raw humiliation of losing the election. He may stifle Biden by targeting China with a crisis at the last minute.

There are several possible actions that the Trump administration might take in his final days. These include introducing bills or policies to support the Taiwan regional authorities or secessionists, selling more advanced arms to the island, sending US military planes or ships to the Straits, and arranging for more high-level official visits.

Of all the senior officials who might pay a visit to Taiwan, US State Secretary Mike Pompeo is being considered most possible and being heatedly discussed. A Pompeo visit will greatly encourage Taiwan secessionists and seriously deteriorate cross-Straits relations.

Trump has repeatedly played the Taiwan cards in his defiance of Beijing. This has led to widespread speculation whether or not he will play the "ultimate" card in his final acts of madness, for example, to recognize Taiwan as a "country" or establish further official relations with the island. If this ultimate card is played, a "Taiwan Straits crisis" will definitely reach a boiling point.

But the possibility that Trump uses this card is not high, as this would be operationally difficult and frustrating for him to execute. The administration is now in a caretaker state and is actually facing constraints from the Congress, American society, the Biden camp, and even opposition within the Republican Party. He cannot do whatever he wants regarding policies toward China or the Taiwan Straits.

However, making a personal statement of support for Taiwan and provocation to Chinese mainland is still rather likely for Trump or Pompeo to do. It is conceivable that they could deliberately enhance Taiwan's international status, and publicly backing its entry into the World Health Organization and even the United Nations. Such easy to say statements are within their control and cannot be restrained by others. Once they make such a public statement, it will inevitably lead to an extremely tense confrontation between China and US. This unsavory scenario could greatly escalate the Chinese mainland's military activities near the Taiwan Straits.

For Biden, if he inherits Trump's legacy of turmoil across the Straits, he will continue to adopt a vague strategy. This might mean curbing Taiwan's pro-secessionist policies, but also criticizing China over human rights issues and for "intimidating" the island. He will not show full support for the Tsai authorities, but he also won't stop using the Taiwan card against the mainland. Biden may also continue some of Trump's existing policies that caused friction with China. However, in general, Biden will make more efforts to strengthen cooperation and communication between the two countries than Trump did.

In the face of possible coming days of "final madness" from the Trump administration, the DPP authorities will be more cautious about how to play along with Washington. After Pompeo claimed that, "Taiwan has not been a part of China," many voices on the island said his statement does not show love for Taiwan — but it actually harms the island. How Taiwan deals with its relations with a caretaker administration over the next two months will also need to take Biden into consideration. It will therefore not entirely follow the baton of Trump and Pompeo - except maybe for diplomatically worded lip service.

The Chinese mainland will prepare for the worst-case scenario. It will guard the bottom line, and make corresponding military preparations in the Taiwan Straits. Surely, strengthening communication and cooperation with the new US administration for the sake of both countries is totally necessary. But if Trump does make a "mad last move," the mainland will definitely counterattack hard and never compromise.

The author is deputy dean of Graduate Institute for Taiwan Studies of Xiamen University.