OPINIONS Is the Danish example a future model for center-left immigration policy?

Is the Danish example a future model for center-left immigration policy? 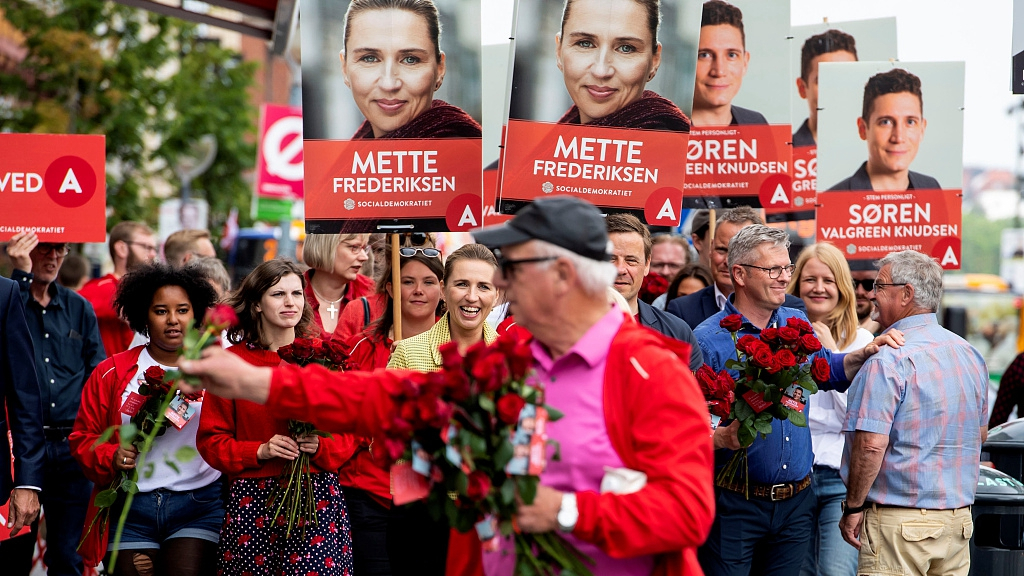 Editor's Note: Chris Deacon is a postgraduate researcher in politics and international relations at the University of London and previously worked as an international commercial lawyer.

Earlier this week the center-left Social Democrats claimed victory in the Danish general election, as the vote of the main center-right and right-wing parties collapsed. This goes against the general tide in Europe, where center-left parties have generally not performed well in recent elections.

What made the Danish example particularly interesting, however, was the movement by the Social Democrats on immigration policy in advance of the election. While still championing other traditional progressive causes, such as a strong welfare state, and adopting new left-wing causes such as radical environmental policies, the Social Democrats tacked to the right on immigration.

This has included proposing hardline policies on immigrants' ability to bring family members to the country and harder penal sentences for immigrants. The Social Democrats have even advocated the holding of asylum seekers in special-purpose camps in northern Africa during the processing of their applications.

In many Western democracies, such proposals would be seen as relatively extreme even for right-wing parties – so, a social democratic party proposing them has made headlines.

Indeed, many have credited the new immigration posture for the Social Democrats' victory in this election. There is some debate as to whether this is genuinely the case given that the party's vote share actually decreased, however.

What is more interesting, though, is considering the reasons for the party's movement on immigration policy and whether this could prove to be a model that other struggling center-left parties in western Europe might adopt.

The Social Democrats posed their immigration policy as fitting within their broader progressive agenda, particularly with regard to the welfare state. The logic is that, if Denmark seeks to maintain its comparatively very high standard of living, including one of the most generous welfare states in the world, following the general Nordic model, it has to place limits on immigration.

If the country takes on too many immigrants, particularly asylum seekers who are likely to have lower levels of education and may be more reliant on state assistance, the Danish welfare state will not be able to continue as it has up to now, they argue.

The Nordic countries have long had a reputation as high-tax, high-welfare nations. The peoples of these countries, for many decades, were seemingly persuaded that it was in the broad interest of the nation to pay for such welfare. However, as immigration rates have increased, locals have been much less willing for this money to be handed out to newcomers.

There are also broader social and cultural arguments. Denmark, like the other Nordic nations, is a particularly progressive and liberal society. Many Danes believe that this culture will be lost, or at least diminished, in the event of high levels of, particularly Muslim, migration.

Some will call this simple racism, or – at best – xenophobia. But, if we look past moral judgments for the time being, these policies potentially present a model that other center-left parties in developed countries with high levels of immigration may choose to follow.

The welfare state logic articulated in Denmark may be one motivation, but cultural concerns are also highly likely to be on the agenda. Many liberal democracies in Europe are currently having to come to terms with the so-called "tolerance paradox."

In a tolerant society, one must tolerate the existence and freedoms of all manners of minority groups. But what happens when there is a clash?

What happens, for example, where particularly devout Muslim immigrants refuse to recognize the rights of women or sexual minorities? Does the society tolerate intolerance? Or does it seek to protect its "national values," stipulating that all immigrants must sign up to these if they wish to settle in the country? This is a difficult question for progressive parties, in particular.

Each country will also have its own idiosyncrasies. In the United Kingdom, for example, studies have consistently shown that immigrants have been a net benefit to the economy, and on average pay more taxes and take fewer benefits than the average British-born citizen. Economic arguments against immigration there would be misguided.

But as center-left parties falter, and right-wing parties increase their success across Europe, this may mark a new trend if there is a perception, whether correct or not, that votes can be won in the process. It may also be a way for social democratic parties to distinguish themselves from resurgent green parties, who often advocate extremely liberal immigration stances.

Denmark will likely be watched as a test case to see how this odd alliance of policies progresses. If it is seen as a success, others could well follow suit in the near future.