OPINIONS Is the US looking for a war with Iran?

Is the US looking for a war with Iran? 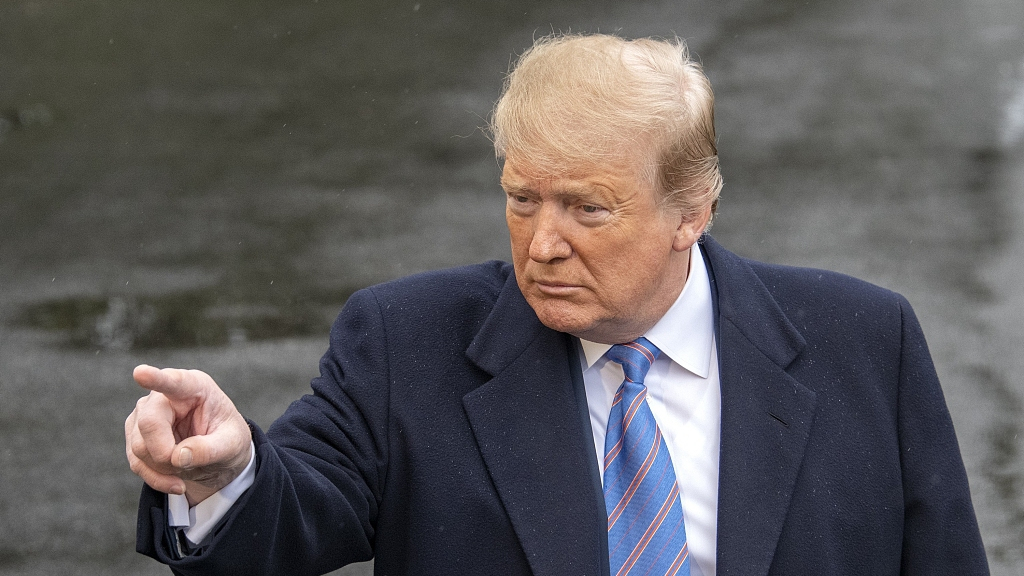 Earlier this week the United States announced it was sending an aircraft carrier group to the Middle East with the view of targeting Iran, claiming that the country was "threatening US forces" in the region.

Commenting on the deployment, national security advisor John Bolton stated "we are fully prepared to respond to any attack, whether by proxy, the Islamic Revolutionary Guard Corps or regular Iranian forces," vowing "unrelenting force" in retaliation.

Despite this, no public details were given on what the alleged threat was, nor had Iran engaged in any such rhetoric against Washington. The deployment comes amid the US having tightened unilateral sanctions on Iranian oil exports the previous week, ending waiver exemptions for a number of countries.

With such an escalation, commentators and observers are wondering if the United States is preparing for a military confrontation with Iran. It is difficult to say, but certainly, Washington is now upping the ante and preparing a "maximum pressure" campaign against Tehran in a similar light to what it pursued against Pyongyang in 2017.

The paramount goal is not really the nuclear issue, however, but should be understood instead as ending the Iranian government's revisionist challenge to the US-led regional order chaired by Saudi Arabia and Israel.

In striving to contain Iran, the hyped escalation of a "threat," deceptive interpretations of intelligence and military posturing are all components of that playbook. Regime change, however, if Washington does not get its way, might still be on the table.

What we understand as the "Middle East" should be analyzed within the conceptualization of a "regional subsystem," defined here as a localized set of interactions and considerations between given states within an approximate geographic area.

Within the Middle East subsystem, the United States operates as the external hegemon setting out a political, military and economic order of which several regional powers act as pillars of enforcement – specifically Israel and Saudi Arabia.

On the other hand, Iran, owing to the legacy of anti-Americanism spurring from the revolution in 1979, is an alternate regional power opposed to the status quo. It strives to utilize its resources and ideology to create a revisionist order, competing with Israel and Saudi Arabia for regional power.

In doing so, Iran has directly embedded itself in a number of proxy conflicts against the US and its allies, including in Syria and in Yemen. As this has gone on over the years, the nuclear question has gone on in the background.

Despite the regional rivalry, the Barack Obama administration sought to negotiate on fair terms with Tehran to uphold the norm of non-proliferation, something the international system, as a whole, was willing to endorse.

The Republicans and the Trump administration, however, feel different. Lobbied aggressively by the influence of regional allies embroiled in struggles against Tehran, they successfully convinced the administration to prematurely end the Joint Comprehensive Plan of Action (JCPOA) and take a harsher stance against Iran.

In doing so, Washington has refined its regional objectives, striving to forcibly end Iran's ambitions to challenge the US-led order within the region. The nuclear issue was not the real reason, but simply an obstruction to those strategic goals.

Given this, the United States is opting for a "maximum pressure" campaign which is gradually intensifying. Firstly through unilateral sanctions, which it is aiming to gradually tighten; secondly through the misleading and low-hanging fruit discourse that Iran is a "terror exporting state" and then thirdly, based on this, the equally misleading rhetoric that Tehran is a direct military threat to the United States.

All these reasons are typical cards derived from Washington's playbook, designed only to incite popular demand for an assertive foreign policy. The deployment of the aircraft carrier was the latest escalation.

Will such actions lead to war? Ideally, the United States would like to intimidate Iran by making enormous concessions and coerce them into accepting the terms of the US regional order. On that note, the deployment itself is showcasing and not a commitment to attack. Mike Pompeo ruled that out, stating the goal was to get Iran to behave like a "normal country."

However, this does not mean military action is off the table for the long run; many individuals within the Trump administration support it. With Iran being an easy state to demonize, with no nuclear capabilities, the stakes are also low.

Given the general demeanor of the Trump administration and its thirst to make states unilaterally capitulate to one-sided terms, we should at the least expect Washington to continue to escalate things if it does not get what it wants. Thus while war is not close, it's going to be used as a clear possibility.