OPINIONS Is the US too far behind in bringing peace and stability to Afghanistan?

Is the US too far behind in bringing peace and stability to Afghanistan? 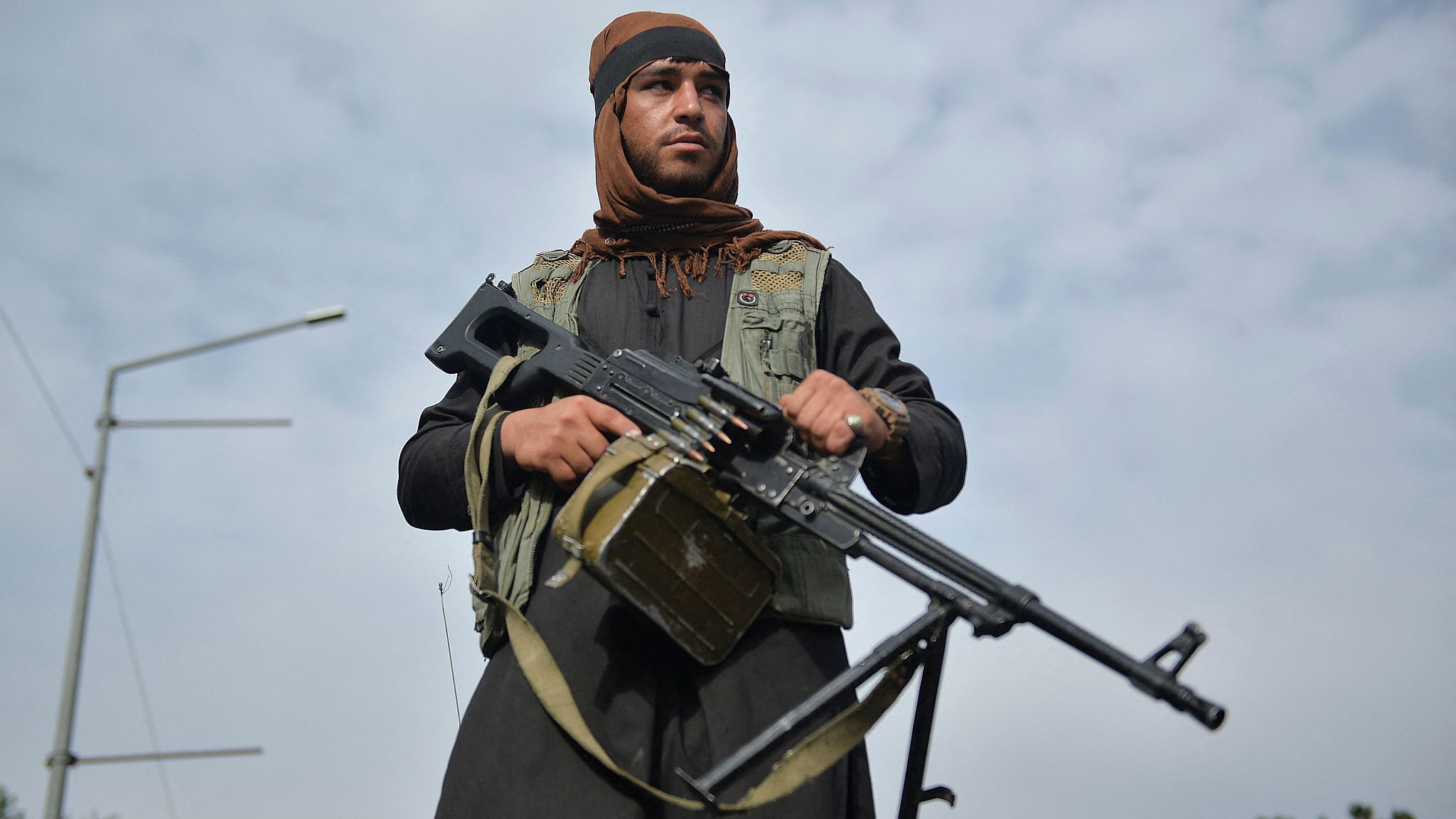 A Taliban fighter attends a rally in Kabul as they celebrate the U.S. withdraw of all its troops from Afghanistan, August 31, 2021. /CFP

Editor's note: Anthony Moretti is an associate professor in the Department of Communication and Organizational Leadership of Robert Morris University. The article reflects the author's views and not necessarily those of CGTN.

Right now, the United States seems transfixed on talking about how to stabilize Afghanistan rather than engaging in necessary actions that will foster stability.

Over the weekend, one U.S. media outlet after another dutifully reported on the two days of talks between U.S. and Taliban leaders that took place in Qatar. The conversations focused on issues you would expect the U.S. to be concerned about: terrorism, getting Americans and other foreign nationals out of Afghanistan, the rights of Afghan women and girls, and humanitarian aid.

Make no mistake: All of these issues are important to America and the West, but the Taliban remain disinterested in any lectures from American officials about how to run their country. And Afghanistan belongs to the Taliban, even though the U.S. spent 20 years and $2 trillion in failed efforts to create a pro-U.S. government there.

Now, let's admit that talks between the two sides are important, provided they set the stage for meaningful follow-up actions. But there is little reason to look at the situation at this point and believe the Americans are ready to do more than talk. Oh, sure, they will contribute to a worldwide humanitarian effort, but they are not listening to the Taliban or significant pockets of the world community. Deafness and stubbornness generally do not work well on the international stage.

What also should concern the U.S. is whether Russia and China have already pried open doors with the Taliban that will generate political and economic gains for all of those sides. Russian leaders are scheduled to host their Taliban counterparts next week in Moscow, where detailed talks could include representatives from as many as six nations, including China, all of which have had cool (or worse) relations with the U.S. in recent years.

The "Moscow Format" began four years ago, with Russia committing itself to being at the forefront in putting Afghanistan on a firm footing. Meanwhile, roughly one month ago, China committed at least $30 million in emergency aid to the Taliban, including desperately needed vaccines and medical supplies. 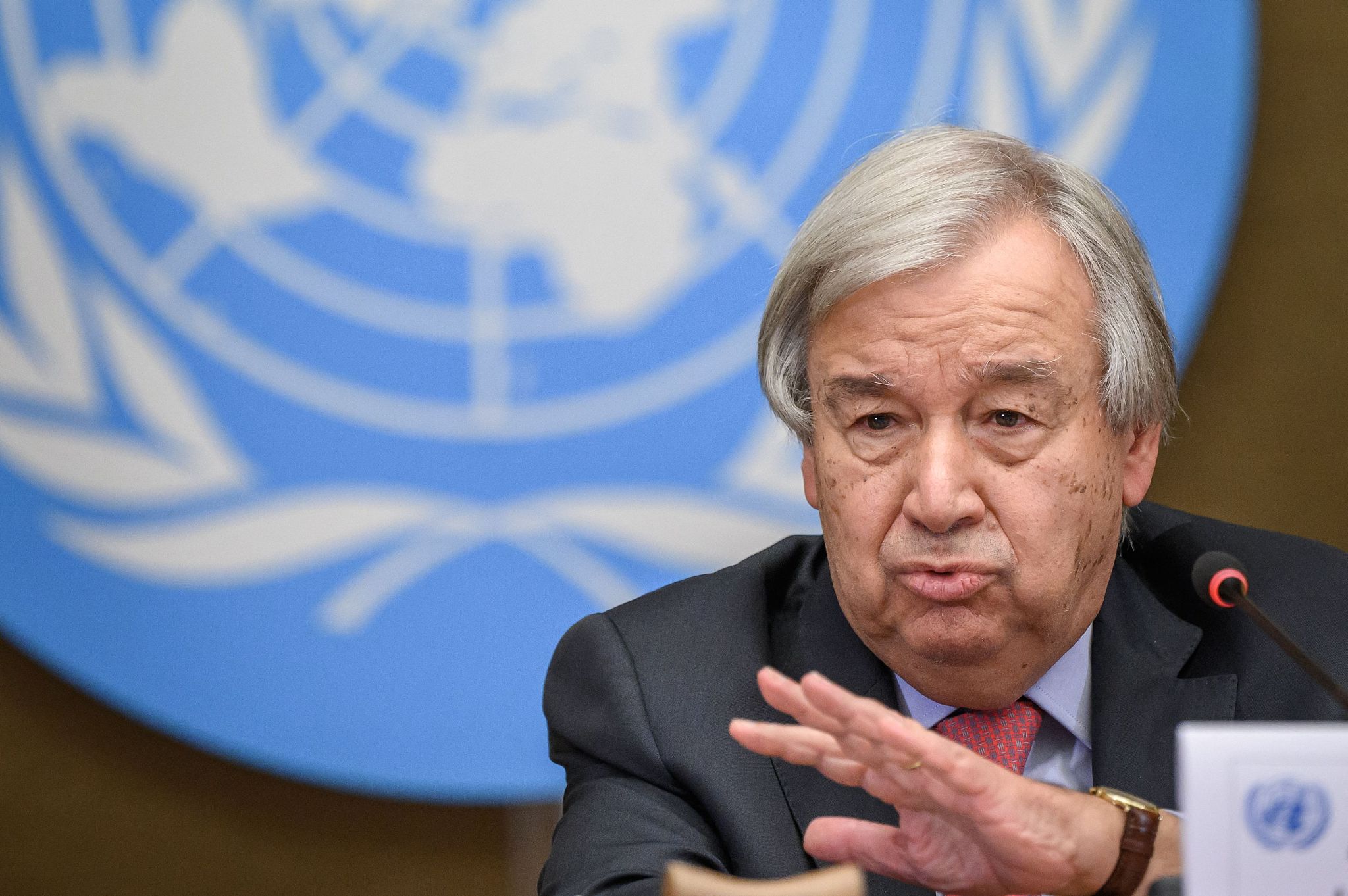 UN Secretary-General Antonio Guterres at the press conference on an aid conference on Afghanistan, in Geneva, September 13, 2021. /CFP

Granted, the U.S. has promised its own aid to Afghanistan, but it remains unwilling to take the most important step. So far, the Biden administration has refused to release roughly $10 billion in Afghan government assets held in the U.S. In doing so, the White House has ignored cries from multiple non-governmental organizations that have pointed out the desperate economic situation facing Afghanistan and its people.

In fact, about the only thing the U.S. will commit to at this point is counter-terrorism operations inside the country, even though Taliban officials have said they do not want either U.S. assistance or interference in the effort to rein in the Islamic State.

UN Secretary-General Antonio Guterres delivered a powerful message on October 11; although he did not mention the U.S. by name, it was clear which country he had in mind. He said Afghanistan was in desperate need of cash in order to effectively prepare for the harsh winter ahead, noting that "18 million people, half the country's population" need money to pay for food and other necessities.

What was the UN Secretary-General really saying? The Biden administration could provide a massive infusion of money by releasing even some of that $10 billion. Official Washington's response? A shrug of disinterest.

Guterres' remarks set the stage for the extraordinary meeting of G20 leaders on October 12. As you might guess, multiple Western leaders remained true to the script: the Taliban must continue to demonstrate a commitment to counter-terrorism operations while advancing human rights.

While that rhetoric generates positive headlines in the West, it masks a bitter reality noted by the Guardian: "Afghanistan was 75 percent dependent on foreign aid before the takeover [by the Taliban], and funds held overseas have been frozen by the U.S." The EU, usually walking in lockstep with the U.S., then offered a whopping 1 billion euros in humanitarian aid, a line in the sand the U.S. needs to acknowledge not to mention potentially match.

Right now it is fair to say that the Russians are doing something the Taliban wants (meetings next week) and the Chinese, along with other nations, are doing what the Afghan people need (providing emergency aid). Meanwhile, the Americans are doing two things detrimental to stabilizing Afghanistan (insisting on counter-terrorism efforts and holding onto $10 billion).

To date, the "Moscow Format" participants are steadfast in decoupling any political conditions on the Taliban in exchange for aid. However unpopular such a stance might be for the West, it is likely the only one that can prevent a potential humanitarian disaster in the coming months.