OPINIONS Is this age of digital economy or unemployment?

Is this age of digital economy or unemployment? 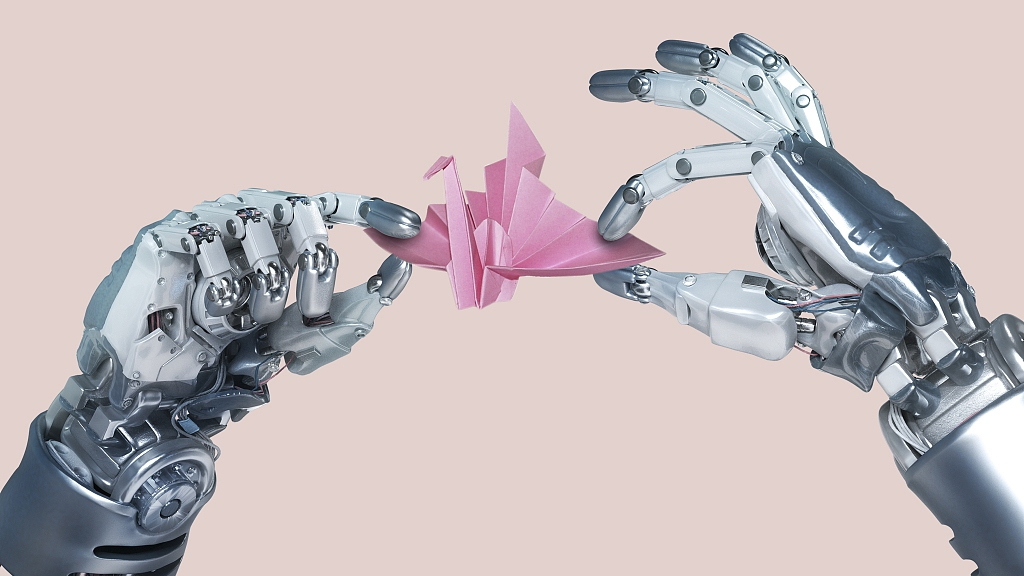 The landscape of society is currently undergoing a massive shift. Led by technologies such as AI, self-driving vehicles, and robotics, the proclaimed “4th Industrial Revolution” is starting to pick up steam.

The second Digital China Summit taking place in China's Fujian Province this week celebrates some of the technologies and initiatives pushing this digital revolution forward. However, while these new technologies are creating efficiencies in almost every part of the economy, there is a risk that automation and digitalization could usher in an age of mass unemployment.

The summit showcases cutting-edge technologies such as voice recognition, facial-recognition-based payments, smart-restaurants, driverless cars, and autonomous vendor vehicles. With more of these "unmanned" technologies becoming functional, a large number of workers in multiple industries are at risk of having their jobs automated away.

Among the most likely to be replaced are manufacturing workers, retail workers, taxi and truck drivers, food delivery workers, and window clerks.

Cashierless stores have already begun springing up around the country, and technologies such as facial-recognition-based payments are increasing the feasibility of such scenarios. Customers can simply walk in, grab some items, and be automatically charged using AI technologies.

While most would think the primary use case would be grocery stores, other sectors such as restaurants and gyms will also be revolutionized by cashierless technology. The ramifications are that cashiers, fast food workers, and other similar types of workers are at risk of losing their jobs in the coming years.

A few other major industries that will be affected by automation are driving-based services such as ridesharing, trucking, and food delivery. The second Digital China Summit demonstrates how the autonomous vehicle revolution is beginning to take shape.

There are many reasons to praise these innovations, the repercussions should not be discounted though. A report from the US-based firm McKinsey estimates that a staggering 100 million Chinese workers are at risk of losing their jobs to automation in the coming decade.

Many brush off this grim forecast by noting that while many workers will be displaced, new jobs will be created in the process. However, the jobs created from automation and digitalization of the economy will be increasingly technical, and most new positions will require engineering or programming experiences.

The issue with this line of reasoning is that many workers are only equipped with a single skill, and retraining them for totally different jobs is a difficult – if not hopeless – endeavor. Is it reasonable to expect uneducated, single-skilled middle-aged truck drivers who are suddenly displaced by autonomous vehicles to become programmers?

While, in theory, retraining sounds like a great plan, many workers are not in a position to start a new career in an entirely different industry. Retraining could potentially take years, and most low- to middle-class workers cannot afford to go without pay for that long.

Even if the tens of millions of displaced workers are miraculously retrained to become programmers and engineers, the number of new jobs created by automation and digitalization will almost certainly be fewer than the number of jobs lost.

So what is the solution? Autonomous vehicles, cashierless stores, facial-recognition-based payments, among many others, are truly revolutionary technologies. These advances along with the digitalization of the economy will increase productivity immensely. The question is how to ensure the smoothest transition to this new digital "unmanned" world.

Some suggest massive government-run retraining initiatives, others have put forth ideas such as Universal Basic Income. It is likely that a combination of these two approaches is the best path forward. Whatever the solution, the worst plan is neglecting to prepare for a not-too-distant future.

The second China Digital Summit brings together leaders of the industry, policymakers, and others to rightfully celebrate the initiatives and technologies pushing the world forward. Autonomous robots and the digitalization of the economy can change the world for the better by eliminating the need for humans to do menial and dangerous tasks.

However, we must be prescient to the repercussions unmanned technologies will have on the workforce.  A massive wave of automation is coming whether we like it or not, and disregarding this reality could have disastrous consequences.