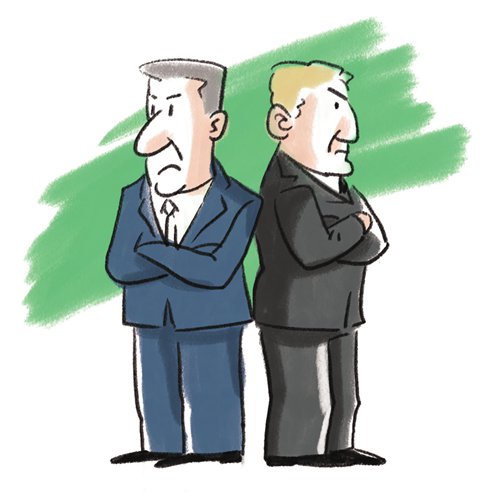 Trump's visit to some European countries is worrying commentators. Many anti-Trump protests have been planned in Britain, Belgium and other countries. What is at stake? Many consider Trump's protectionist measures economically harmful, leading to a trade war. In addition, critics from both sides of the Atlantic show concerns on Trump's approach to NATO and Russia. He is accused of being too critical with the first and too accommodating of the second. This is what you learn from news and editorials in mainstream Western media. My first point is that the most important meeting of Trump in Europe will be in Helsinki on Monday, July 16, neither in London nor in Belgium. Trump-Putin meetings have broader geopolitical implications for the ongoing transformation of transatlantic and international relations. Like, the SCO meeting in Qingdao was more important than the amorphous gathering of G7 leaders in Canada. The second point supports the first. The Trump-Putin meeting is unprecedented for two reasons, according to Stephen Cohen, professor emeritus of Russian studies at Princeton University and New York University, "rarely if ever before have US-Russian relations been so perilous. And never before would an American president have gone to a Soviet or post-Soviet summit with so much defamatory opposition and so little political support at home, indeed so defiled in his capacity as commander in chief." It is hoped that these meetings can deal with Ukraine, Syria, NATO expansion issues and nuclear concerns to reduce tensions between the two great powers. According to top decision makers in Syria and Russia, Trump is pushing his administration to approve a total withdrawal plan. This possible outcome of a new détente policy would be positive news for the entire Europe and China as well. In the run-up to Trump's visit, two considerations are important. They revolve around his trade policy's impact on Europe and transatlantic relations.First, Trump's administration is displaying many contradictions and his presidency is significantly unpredictable. However, his criticism of NATO, his will to re-approach Russia and, finally, the idea to bring about re-industrialization of the US are important points since the electoral campaign. His wish to restructure America's role in a changed world is rational, in spite of the fact that his actions have been constrained by many in the US state apparatus and Europe. Many critics of Trump's presidency are hyperbolic, and some are misleading.Second, it is true that worldwide anxiety is centered on the new US protectionism, which is surely detrimental to world economy. The first measures on implementing the protectionist agenda involve a few billion dollars of trade flows. Escalating trade barriers can be seen as a bargaining chip in dealing with partners and allies to have an upper hand in bilateral engagements. In other articles and interviews, I explained the rational and irrational elements of Trump's trade policies, their contradictions and possible impacts on US' ties with China and Europe. Here I desire to underline that Europe and US not speaking in the same voice on trade and geopolitical issues is a symptom of transformation in international power relations, something that will not change after Trump's mandate. National political movements in Europe gaining strength and the flux in transatlantic relations should be interpreted as a new need to reform EU, to avoid the end of European integration, tertium non datur. Protecting and supporting domestic industries is necessary for societies all around the world, like reforming European space, WTO rules and the international financial system; they are all imperative components of managing this transitional period. Trump's mistakes and irrationalities, along with his reasons, should be used wisely to reach a new consensus at the global level. The international community should find a middle road between fanatic neoliberal globalization, driven by few countries, and the Chinese proposal of a new form of globalization, where the economy and its financial component is the means, not the end, to improve people-to-people, society-to-society relations. In my understanding, transatlantic relations will not see better days just because a post-Trump administration will emerge. There are concrete problems built up over decades and if we can blast Trump over his economic measures, we should support him for his attempts at détente. It is for this reason that I suggest a closer and objective look at the Helsinki summit.