OPINIONS Is US firm about confronting China on Taiwan?

Is US firm about confronting China on Taiwan? 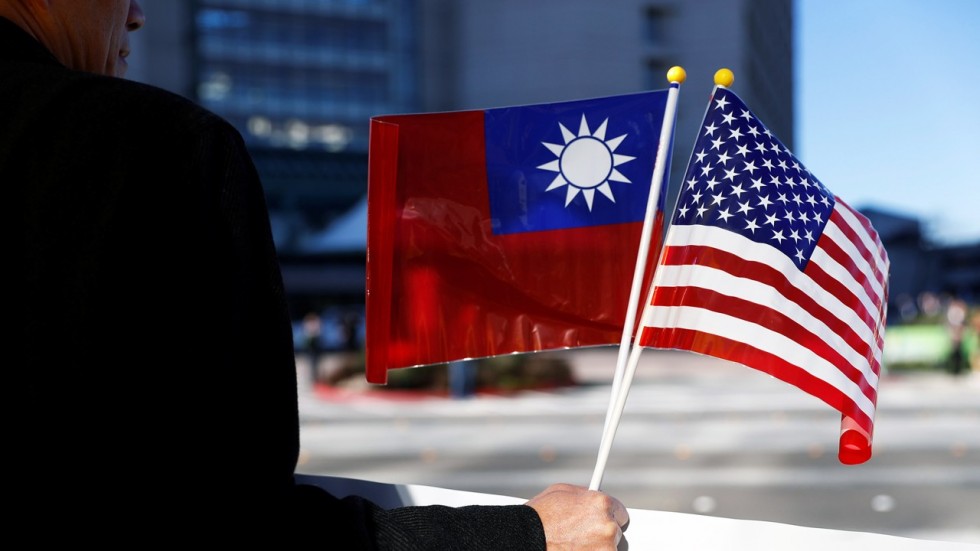 A spokesperson of the US State Department said Monday that the US remains committed to the one-China policy, the three China-US joint communiqués and its responsibilities under the Taiwan Relations Act. He also stated that the long-term relationship established under the act was a unique asset of the US and doubles its regional influence, adding Washington supports Taiwan's efforts to "develop innovative and asymmetric capabilities to deter coercion or intimidation."

"We encourage Taiwan to increase its defense budget to a level commensurate with the security challenges it confronts," the spokesperson said.

During a CNN interview, Taiwan "foreign minister" Joseph Wu accused the Chinese mainland of intimidating the Taiwanese people. "[If] the Chinese see the vulnerability of Taiwan, not getting US support, then they would be thinking about starting scenarios where they would be able to take Taiwan over," he said. The recent remarks of the US State Department spokesperson were a response to Wu.

Interactions between the US and Taiwan are increasing. Since US President Donald Trump won the presidency, he has shown a strong willingness to use the island as a card to force Beijing to make concessions in other aspects. Washington passed the Taiwan Travel Act in February, which paved the way for future use of Taiwan as a bargaining chip.

It is believed that the White House would not be that silly as to actually think it can do something big in terms of Taiwan. The island is China's core interest. The rising strength of the People's Liberation Army in recent years has shaken the previously absolute military superiority of the US in the region. If Washington broke its promise on the one-China policy, it would pay a huge price.  We don't believe the Trump administration has the determination.

Sending a wrong signal to Taiwan, encouraging Taiwan leader Tsai Ing-wen's authority to take a radical path, the US may temporarily cause trouble for the Chinese mainland. But Taiwan alone cannot be a force to strategically contain the Chinese mainland. Eventually it would become a China-US confrontation.

The island needs to realize that Washington is not determined to strategically collide with Beijing in the Taiwan Straits. If Taiwan crosses the red line of the Anti-Secession Law, it will to a large extent face punishment from the Chinese mainland alone. In that case, the US would probably provide it with some moral support, some military equipment that needed to be paid for, no more.

Interactions between the US and Taiwan must be controlled within the limits of the Chinese mainland's tolerance.

When it comes to US-Taiwan joint military exercises, port visits to the island by US warships, high-level exchanges between the two, high-ranking US military officials wandering Taiwan streets like they do in South Korea, Taiwan should not even think about it. Because that would be the prelude to the end of Taiwan separation.

It is to be hoped that Taiwan's authority can cherish the peace across the Straits, instead of constantly testing the authority of the Anti-Secession Law. Taiwan independence may be a piece of cheese that it keeps thinking about. But it is no more than bait on a mousetrap. A wise choice would be not to touch it.