OPINIONS Is US war with Iran now inevitable?

Is US war with Iran now inevitable? 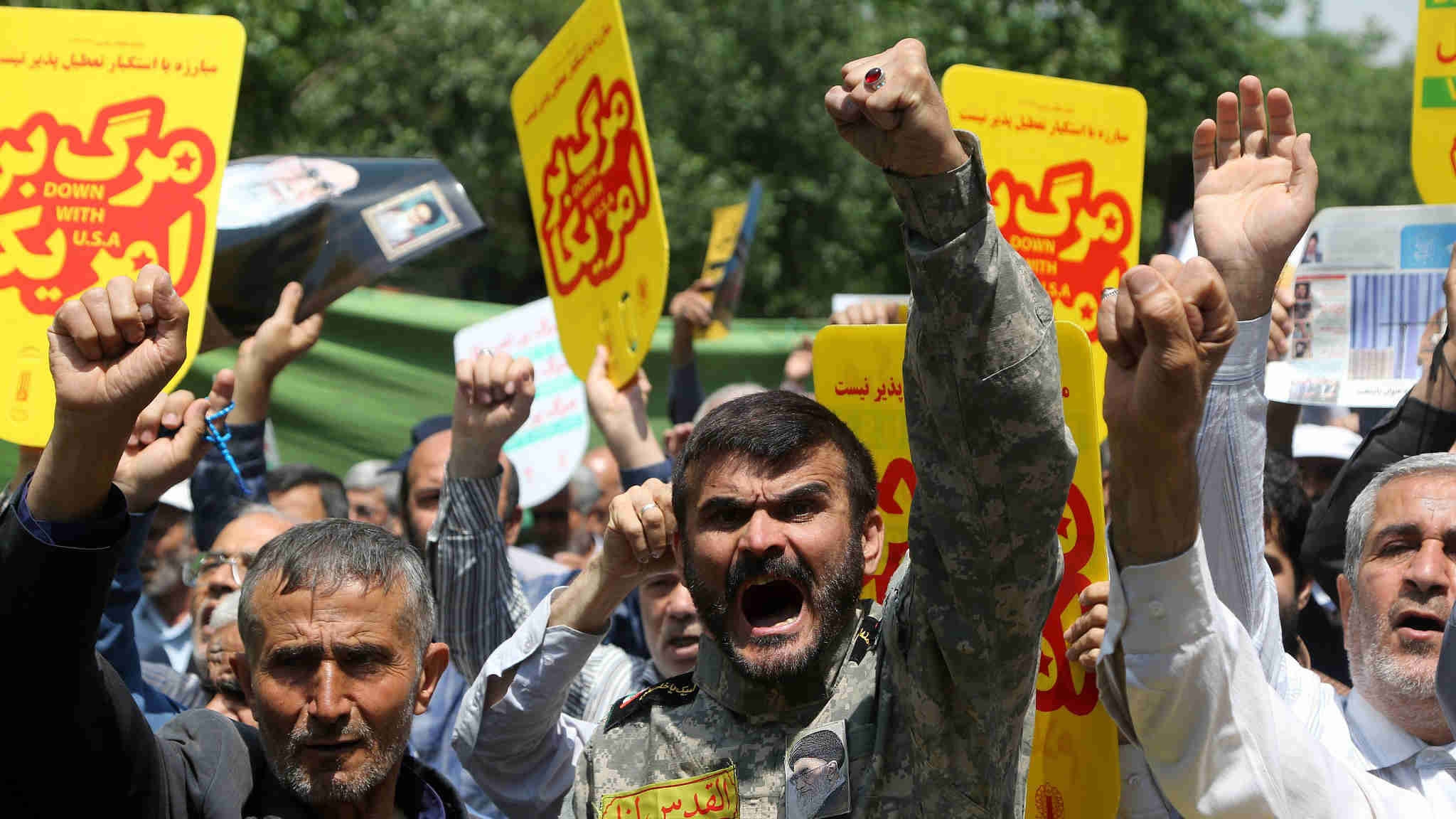 War between Iran and the United States is avoidable, but it would take the grownups in the room to work toward avoiding it.

To that end, Russian Foreign Minister Sergey Lavrov has expressed hopes that the US withdrawal from the Joint Comprehensive Plan of Action (JCPOA) does not mean it plans to attack Iran. He has also said that Moscow supports the 2015 nuclear agreement, as long as Iran complies with its terms.

However, with his exit from the Iran nuclear deal, President Donald Trump may have put the US on the road to war with Iran. It might even be easier to see the collisions that are coming than to see how the two sides get off this road before the shooting starts. Then again...

Comparisons of US and Iranian military forces typically reflect huge numerical advantages for Washington and its NATO alliance in personnel and equipment.

However, it is far from clear that NATO allies would show up for a fight in the Persian Gulf. Aside from the logistical challenge of getting there, the willingness of the public in Western European countries to defend their American cousins looks weak in opinion surveys. 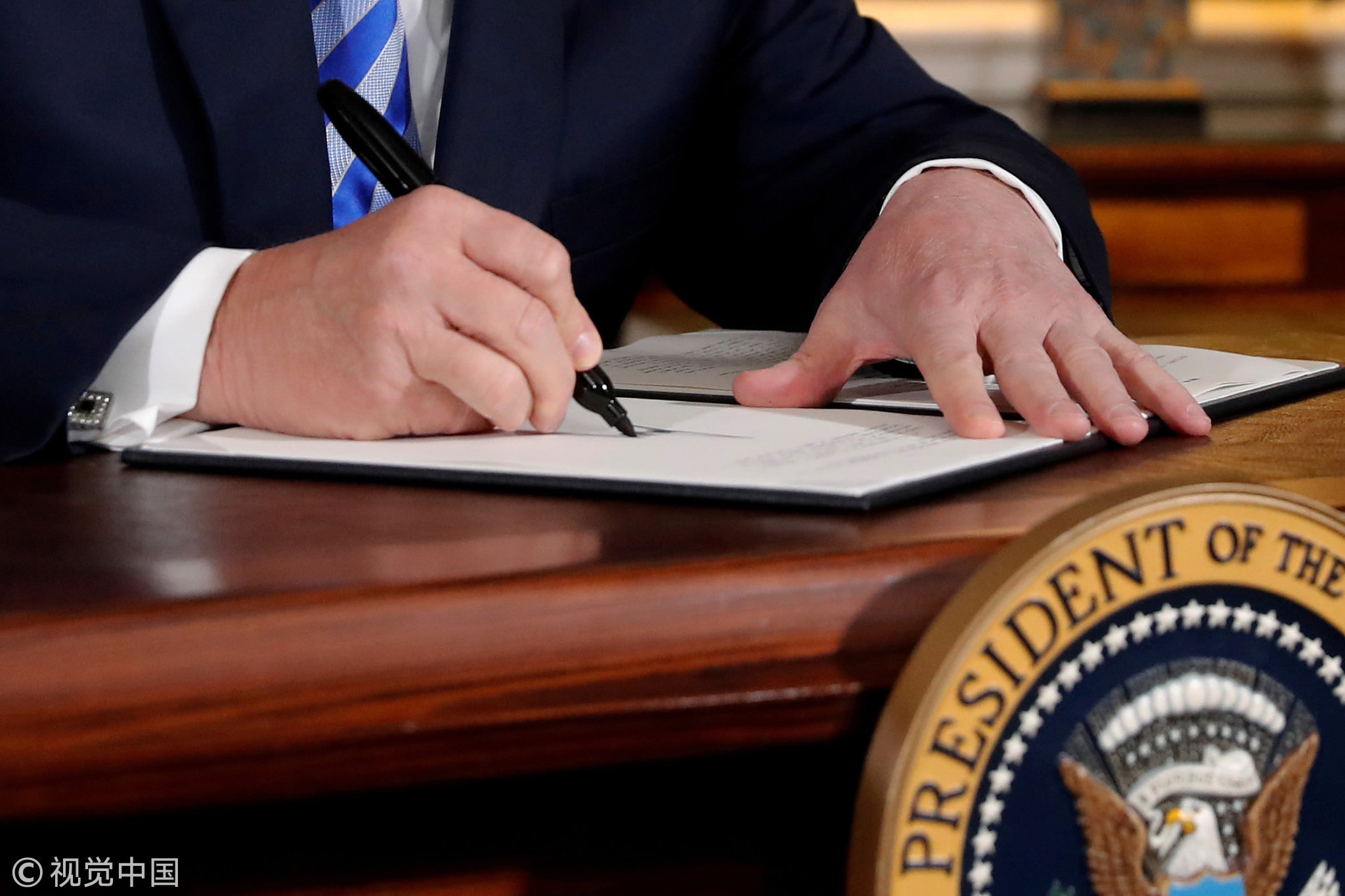 US President Donald Trump signs a proclamation declaring his intention to withdraw from the JCPOA Iran nuclear agreement in the Diplomatic Room at the White House in Washington, US, May 8, 2018. (Photos: VCG)

The European Commission on Friday, May 18, enacted their “blocking statute,” which would forbid EU-based companies from complying with US sanctions against Iran. The statute means EU courts will not recognize US international claims related to those illegal sanctions. In other words, EU officials want to save the nuclear deal with Iran after the US withdrew, and they are in no mood to start re-implementing the NPT-illegal sanctions, much less join the US in attacking Iran.

US military is woefully unprepared

The US military has been stuck in the quagmires of Afghanistan, Iraq, Syria and Yemen for many years now – with no end in sight. According to the Brookings Institution, the Pentagon will need at least 800,000 ground troops to attack Iran, which is out of the question. The US military is not ready to confront Iran in a high-end conflict either. As it currently stands, while the US would ultimately prevail in a hypothetical high-end war, Washington would pay a high price in blood and treasure.

According to US Army Chief of Staff Gen. Mark Milley, the Pentagon does not have the resources and training to execute America’s national security strategy without "high military risk." Risk in Milley’s context is the ability for an army unit to meet its objectives on time and at an acceptable price in terms of men and material. 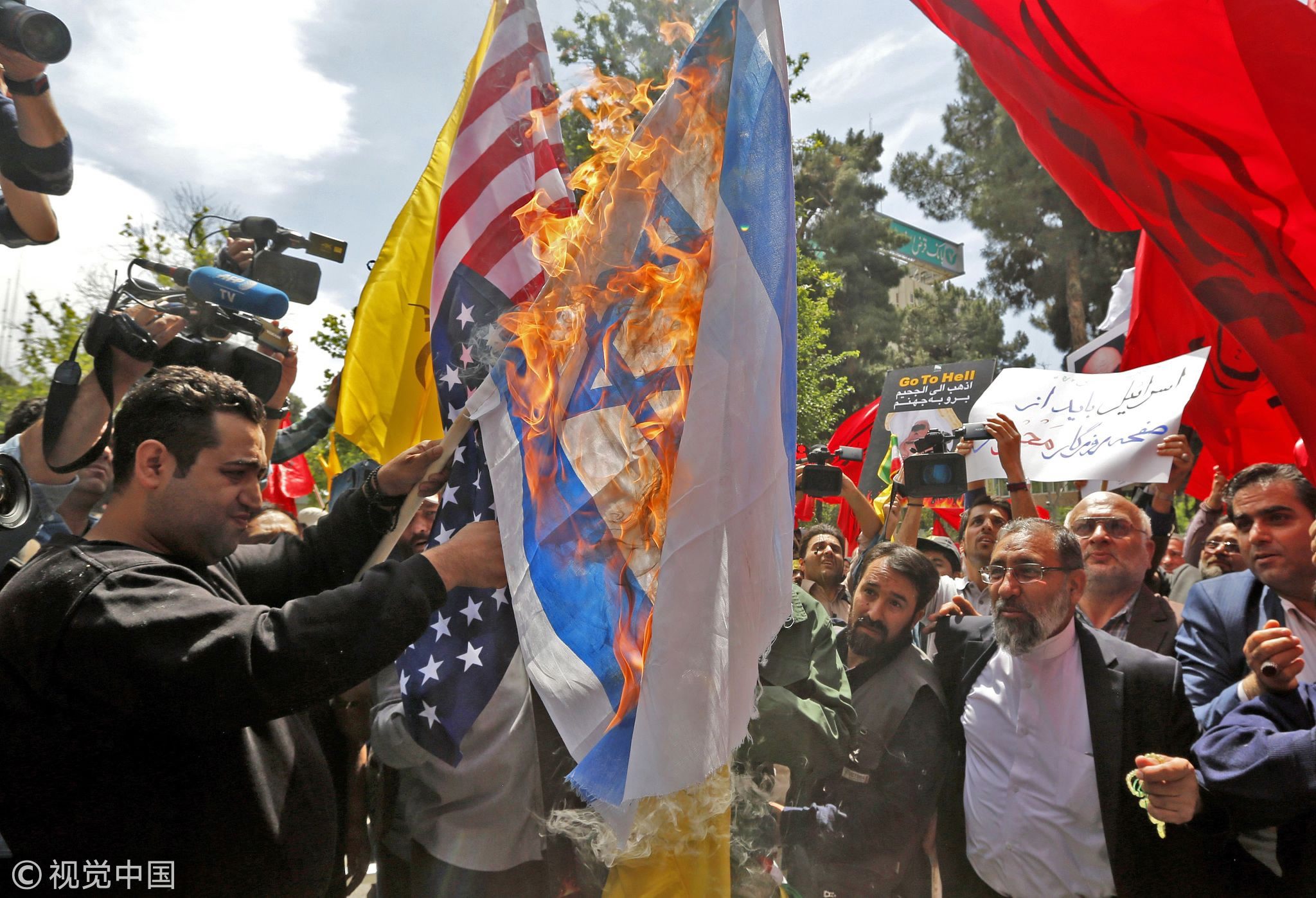 Iranians burn US and Israeli flags during a demonstration inside the former US embassy headquarters in the capital Tehran, May 16, 2018.

Iran is not Syria or Iraq. Trump’s war with Iran will cost more than that. And it won’t be without "high military risk." War with Iran won’t be Iraq all over again. It will be worse.

Less than one in three Americans agreed with Trump's decision to pull the US out of the nuclear agreement, according to a recent Reuters/Ipsos national opinion poll. The poll, conducted from May 4 to 8, ahead of Trump’s announcement to end the deal, found that 29 percent of adults wanted to end the deal. Another 42 percent said Trump should remain, and the remaining 28 percent said they “don’t know.”

Despite labeling Iran’s nuclear program as a “critical threat” to US interests, a clear majority of Americans still oppose a military strike against Tehran and support diplomatic dialogue. A new annual poll published by the Chicago Council for Global Affairs on American attitudes towards foreign affairs also found that 70 percent of Americans oppose a strike on Iran that is not authorized by the UN Security Council, and 51 percent are opposed even if the UN body does sanction the attack.

No one knows how Iran could retaliate

This is the interesting part. Unlike Iraq and Afghanistan, Iran has a ballistic missile defense program with an undeniably influential position in the region – both diplomatically and militarily. The US and its allies know that they can’t contain Iran. They also know full well that unlike Iraq and Afghanistan, Iran won’t sit on its hands when they attack. In the event of a military strike, Iran could retaliate in unforeseen ways.

This leads us to the conclusion that a perfect strike is impossible. It will have disastrous ramifications and place the US, Israel and their Arab allies at risk. It could ignite a regional conflict and for the Israelis, the Saudis, and the Trump White House, it will be a disaster. Potential military action against Iran would place Israel and Saudi Arabia in a vulnerable position – and the US in an even tougher spot.

The Iranians will see the new war as an American-Israeli-Saudi regime-change campaign and they will retaliate not only on Israeli-Saudi targets (which feed the flames of "Iranophobia" and misread the events in the region) but on American targets. The Iranians have the capacity to retaliate against the US and the mere extras not only in the Middle East and the Persian Gulf – but even more so in Afghanistan.