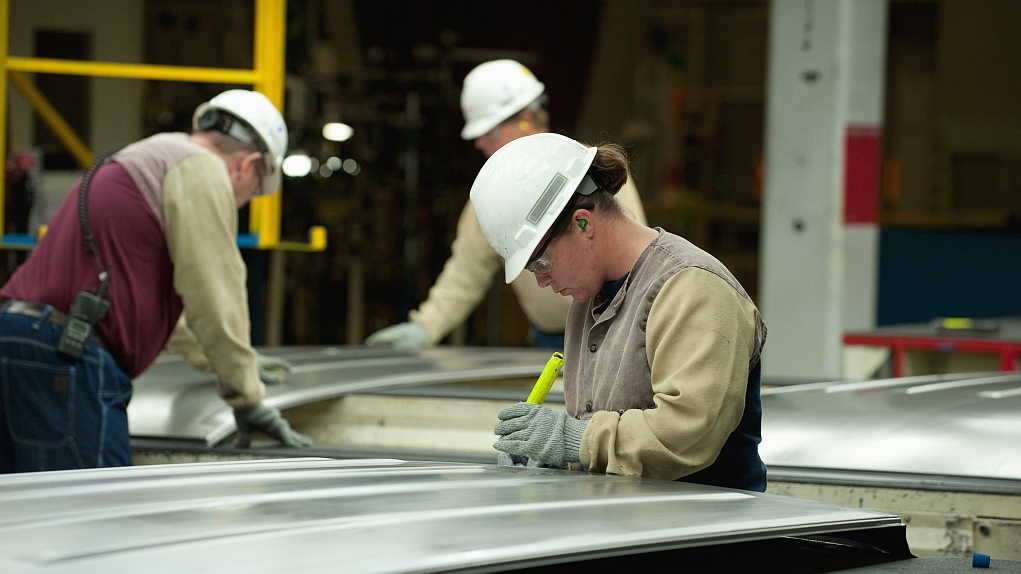 Donald Trump is likely to further pressure the Fed to lower the interest rates before the Federal Open Market Committee (FOMC) meeting this month, after the key US ISM manufacturing Purchasing Managers’ Index (PMI) export orders slumped to 43.3, the lowest level since April 2009. However, that simply doesn’t work.

ISM headline numbers unexpected dropped to 49.1, first time below the key threshold since 2016, and a number below 50 indicates the US manufacturing sectors is under contraction. Among those sub-indictors, export orders and employment index are most worrisome.

One of the key objectives that Trump escalated the trade tension is to boost the US manufacturing and exports activities, however the truth is that his strategy has proven to be wrong and hurt the US companies. Slower global economic activities and Trump’s trade policy are the main reasons behind the poor US factory data.

When everywhere is seen subdue demand, Washington can’t escape. Slower global demand not only threatens the economic growth in US, but also to those big exporting nations such as China, Germany and Australia. Even with increasing central banks easing the monetary policy from US to Australia, there are no signs that any major nations’ growth activities that start improving.

What’s worse, Trump’s foreign policies actually make those American companies’ life tougher, even when central banks have come out various easing measures to stop the slow-down. Lots of corporate owners and hiring managers around the world have little enthusiasm to expand the business or invest. They rather take a wait-and-see approach due to the high degree of the future policy uncertainties, and such business mindset set to slow the economic activities around the world.

When MSCI world index just dropped two percent in past 12 months, global shipping stocks slid 15 percent in this period. The underperformance of shipping stocks is a great evidence that world’s goods and services trading activities have been slowing down for quite some time.

And now US labor market may start to worry. A faster pace of falling ISM manufacturing PMI business employment suggests the US labor market may start deteriorating. The sub-index dropped to 47.4, which is the lowest level since March 2016. Based on our calculation, a 4.3 percentage point decline suggest the manufacturing sectors may reduce 80,000 jobs on the month of August, and the data will be released on this Friday.

Having that said, the business employment index puts the Friday’s payroll numbers on the edge. Market currently estimates the non-farm payroll to add 160,000 jobs last month, but the PMI data suggest the current sentiment is too optimistic. If a below-estimate payrolls number to be reported, market is likely to increase their bets on the larger scale of Fed’s rate cut in two weeks, and this will put the Fed into a difficult position.

US 10-year-three-month Treasuries now curve inverted by 48 bps amid recent weak economic data and risk-off sentiment in the global capital market. If the Fed intends to revert the curve inversion as what it did in July, it probably needs to cut the target rate by 50 bps. ISM data agrees with such easing size.

However, the Fed needs to substantially downgrade its US economic outlook if it decides to cut the rates by 50 bps. By doing this, market confidence will be significantly dampened as the Fed admits the economy is suffered.

If the Fed simply ignores the current economic condition, market may judge the Fed’s simply not helped enough, and the yield curve inversion in US bonds market may further steepen and that intensifies the recession fears.

Hence, whether the Fed decides to cut the rates by 25 bps or 50 bps, it is not likely to boost any sentiment in the market, nor to the real economy when confidence in the private sectors is extremely low.