OPINIONS It makes no sense for US to try and defend Taiwan: former US Marine Corps intelligence officer

It makes no sense for US to try and defend Taiwan: former US Marine Corps intelligence officer 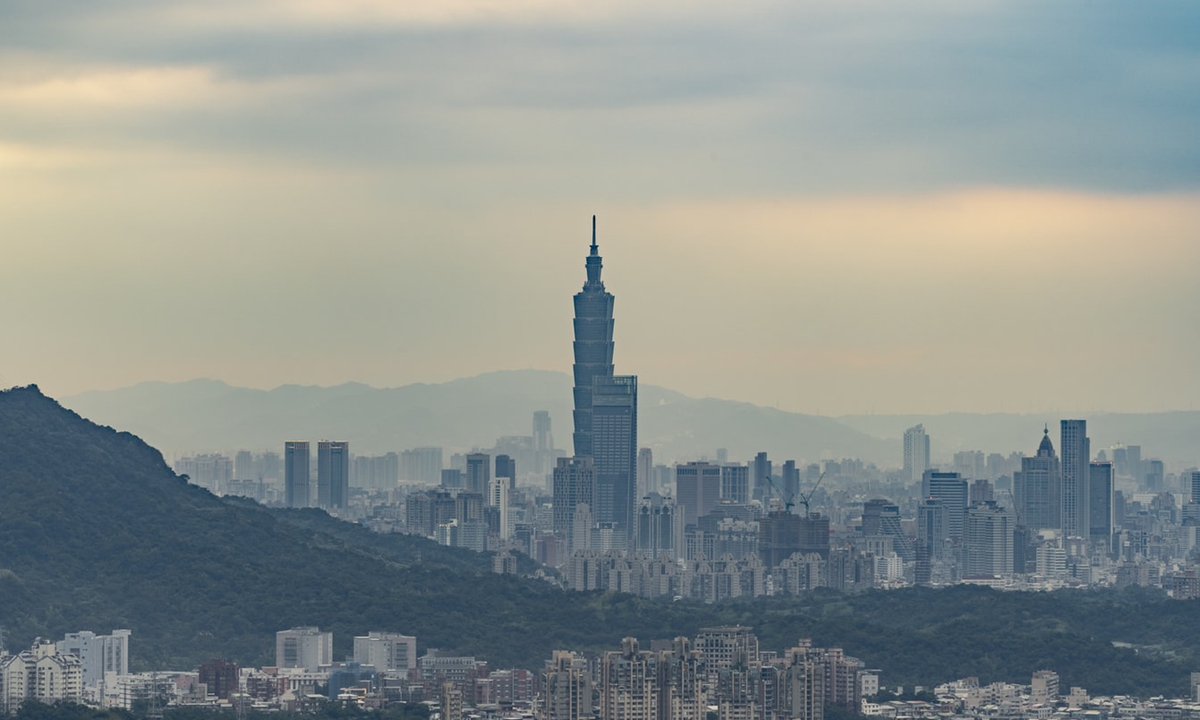 The US can't defend the island of Taiwan. It makes no sense for the US to try and defend the island, because it is a losing proposition, said Scott Ritter (Ritter), a former US Marine Corps intelligence officer. Recently, Ritter has published several pieces criticizing proposition about US defending Taiwan. He believes remarks made by politicians in the US, Japan and Australia about defending Taiwan are meaningless. Why the US military is not able to defend the Taiwan island? What expectations should the island have toward US commitments? Global Times (GT) reporters Yu Jincui and Bai Yunyi talked to Ritter over those issues.

GT: Your recent column "The US cannot defend Taiwan, and China knows it" has been widely circulated and read in the Chinese mainland. What influence do you expect it to have in the US and the Taiwan island?

Ritter: I'm surprised it received such attention in China. That was the last audience that I was writing for. But I'm very happy that it did get attention. I was hopeful that it would be picked up more by an American audience and that it would serve as a cautionary note to people who are encouraging confrontation between the US and the Chinese mainland over the issue of Taiwan. So I wrote the article as a cautionary tale, so to speak, of what could happen if we went to war with China over Taiwan.

GT: The US and the Taiwan island have been seeking breakthroughs in arms sales. The US attempts to arm Taiwan island with advanced weapons. Will this bring substantial changes to Taiwan's defense capabilities?

Ritter: At the end of the day, Taiwan is an island and is limited by that reality. What I mean by that is when you speak of modern warfare, you want to speak in terms of maneuverability, the ability to maneuver your forces to position yourself to counter potential enemies' capabilities. And Taiwan has none of them. It's a fixed location. All you can do with Taiwan is give it better quality weapons. But if those weapons don't have the ability to be maneuvered properly, they're just expensive targets. At the end of the day, that's all: Taiwan is a target, one giant target. It doesn't matter what kind of weapons you give it.

I think the purpose of arming Taiwan isn't to enable Taiwan to win a war with the Chinese mainland, because it will never win a war with the Chinese mainland. There's literally no comparison between the military capabilities between Taiwan and the Chinese mainland. In America, we have American football. I played football a lot. The mainland military is the super bowl champion while the Taiwan military is a good high school football team. They know how to play football. They got some good players. But if you put them on the field defending the super bowl champion, they are going to be destroyed. And that's the reality. The Chinese military is a very professional military. It is very large military. It is very capable military. And as soon as they feel that they have mastered the ability to rapidly move troops across the Taiwan Straits, it's game set match, it's over.

The idea of arms sales to Taiwan is to make a war with Taiwan so expensive to the Chinese mainland that the mainland will be deterred from engaging in any hostilities of that nature. And that's the purpose of arming Taiwan, but it's a dangerous game. Because the more you arm Taiwan and the more you increase Taiwan's capabilities, the more the Chinese mainland will be called upon to respond in a manner that can overcome those capabilities at some point in time.

GT: From 1 to 10, how likely do you think China and the US will engage in a war because of Taiwan question?

Ritter: We need to be careful here with our terminology when we say engage in a war. You know war implies total war. That means that the US brings to bear the full capability of its military power against China or against whatever nation it's going to war against.

So I would imagine that if the Chinese mainland were to launch military operation against Taiwan, it would be a war designed to be fought quickly. It would not be a long, dragged-out affair. This means that the US has no realistic chance to defend Taiwan. We don't have a plan to reinforce Taiwan, but if we did, it would take at a minimum 90 days. I don't think a Chinese mainland war with Taiwan would last 90 days, meaning that by the time the US was ready to reinforce Taiwan, the war is over. The US knows this, too.

So I would say that I would give a three out of 10. And the only reason why I say three is factoring in mistakes, miscalculations, because otherwise, if sane people are thinking - I like to believe the American military is populated by sane people - we can't defend Taiwan, and it makes no sense to try and defend Taiwan, because it is a losing proposition. 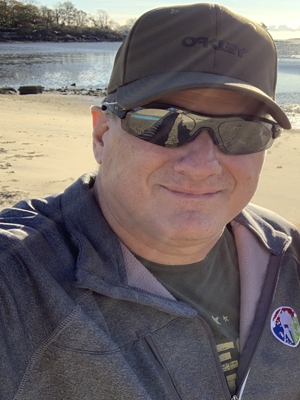 GT: Strategic ambiguity toward Taiwan is in the best interests of the US. But some US politicians are encouraging the US government to turn to strategic clarity. Will the US Taiwan policy be kidnapped by those politicians and the US Military-Industrial Complex?

Ritter: There's a difference between politicians posturing and turning that into real policy. During the cold war, we were 100 percent focused as a nation on being a superpower. We spent an awful lot of money on this. We structured our military to back this up. Today our military is not here toward a confrontation with China. Because if you're going to have strategic clarity with China and say, we were going to defend Taiwan, then you have to have the military means to back this up, otherwise, you're just an empty suit.

We don't have the military means to back this up right now. We would have to completely restructure our military and we would have to have a defensive relationship with Taiwan that allows for the movement of American troops from the continental United States to Taiwan in a rapid fashion, meaning we'd have to fly in troops.

This means a permanent military presence in Taiwan. It means a strategic alliance with Taiwan, all of which I think would put us on a collision course with China. Because again, I can't speak for the Chinese government, but I just can't imagine that the Chinese government would sit back and allow this to happen without any consequences.

And then the military industrial complex is always willing to take American taxpayers' money and build weapons. That's what they live for. The military industrial complex is a pushing for a stronger presence in the Pacific. But now we have to deal with economic reality. How do we pay for this buildup of military power at a time when the American economy is struggling? When we need an infrastructure bill, they cost trillions of dollars. Do we really have trillions of dollars to spend on building up our military to confront China at the same time we're trying to build up our country?

The best option is to try and figure out a diplomatic solution. But it's very important when you're an American politician to be seen as being tough. Diplomacy doesn't win too many votes, but speaking about how we want to be strong and make America powerful again, this wins vote.

GT: It was reported that US special operations forces have been secretly training military forces in Taiwan for at least a year. How do you judge the authenticity of this report? Why has the news been disclosed at this time?

Ritter: First of all, it's a very small number of troops. We're talking about dozens. And it's a very limited training that they're doing there. This isn't the kind of training that's done to win a war. This is very low-level training: how to operate small boats, how to do small unit tactics. It's the kind of things that we normally do with lesser developed nations and regions… This is a political move. We sent troops into Taiwan for political reasons. And one of those reasons may have been to allow this information to be leaked to generate a larger discussion, a larger debate about this.

But again, if we do have that larger discussion, it will ultimately come down to: what price are we willing to pay? Because to have meaningful military relations with Taiwan, we would have to establish a major headquarters unit in Taiwan that cost billions of dollars just to set up alone. Then we have to earmark forces for them. We don't have forces that are available to go to Taiwan. All our forces are dedicated to NATO, to the Middle East. We don't have any forces dedicated to go to Taiwan. It means we have to either draw down our commitment to NATO, draw down our commitment elsewhere, or create new units at hundreds of billions of dollars expense. Again, at the end of the day, it will come down to money. How much money the US is willing to put into the issue of Taiwan? We don't have any money available. That's the problem.

GT: Judging from what the US has done with Afghanistan, what expectations should Taiwan have toward US commitments?

And if there is a conflict with the Chinese mainland, that reality will become clear on day one, and the impact of this will be the absolute collapse of the Taiwanese military and the Taiwanese government very similar to what happened in Afghanistan. That's the danger of Taiwan putting too much expectations on the US. The US saying it's going to be there for Taiwan is meaningless. It's just words, if you don't have the ability to actually be there, if you don't have the ability to move 300,000 troops in a week's time to reinforce Taiwan, then you're not going to be there for Taiwan if there was a conflict.

So I think that we have a situation very similar to Afghanistan, meaning that if Taiwan is expecting American assistance and America says it's going to provide this assistance. But if there was a conflict, an American assistance wouldn't come. The Taiwanese government and their military would collapse immediately, because defeat would be inevitable. It's a risky thing right now. If I were the Taiwanese, I would be taking American assurances with a grain of salt. If I were the Taiwanese, I would be either saying we have to stand alone, or we need to reach out to the Chinese mainland and find out how we resolve this problem diplomatically, because war is not a solution.