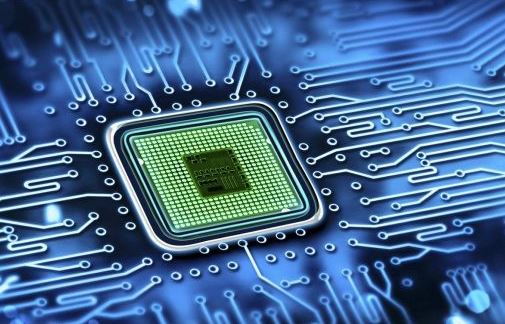 There is a wide gap between the Chinese mainland and developed economies such as the US, the Republic of Korea and Taiwan in terms of the chip industry. However, the mainland has taken big strides in charting its own course, which is evident in its chip industry's growth from 54.5 billion yuan ($7.9 billion) in 2004 to 653.2 billion yuan in 2018, and the recent development of 3 nanometer transistors, a technical benchmark of the industry, by a research team of Chinese Academy of Sciences.

Still, China lags behind in the processing and manufacturing of chips, as well as chip design and packaging. Hence, China should take more targeted measures to develop its chip industry.

China can meet 85 percent of its domestic demand if the chip industry fully applies the 14-nanometer transistor technology. In fact, this could become a reality in three to four years. To be on the safer side, China can certainly become self-sufficient in chips by 2025.

Faced with the US' technology blockade, China should make a determined effort to perform a new miracle in its chip industry, similar to developing atomic and hydrogen bombs and man-made satellite in the 1960s and 1970s.

To achieve that, however, the government should offer incentives to State-owned as well as privately owned enterprises to manufacture high-quality chips. The recent measure of exempting integrated circuit-making enterprises from paying corporate income tax for two years is a good move in this direction.

Turning a crisis into opportunity

In the lead-up to the US' ban on ZTE and Huawei neither suppliers nor buyers of chips thought that a US-created twister would devastate the chip market, because the chip industry was one of the best examples of marketization and globalization. Apart from impeding China's technological ascent in the global supply chain, the US' wayward moves will also cause serious damage to American chip makers, as proven by the stock slump of US chip giants Intel and Qualcomm following the bans on ZTE and Huawei.

Yet there is a silver lining for China, because the US' trade war and technology blockade will help remove the domestic objections and impediments to the development of the chip industry. The story of China's liquid crystal display (LCD) industry could be repeated in the chip industry this time: China has made concerted efforts and secured more than 60 percent of the LCD market after global LCD companies cut supplies to China about a decade ago.

Hopefully, China will succeed in turning the chip crisis into a rare opportunity and develop its chip industry despite severe economic challenges.

Mei Xinyu, a researcher at the International Trade and Economic Cooperation Institute of the Ministry of Commerce

Talents key to success of the chip industry

Statistics show China accounted for more than 50 percent of the global demand for chips last year, importing about 90 percent of those chips at the cost of more than $300 billion, which was more than what it paid for its oil imports. As for chips made by domestic companies, they met only about 8 percent of China's demand. Given the importance of chips in the digital era and their role in next-generation technologies such as 5G, immediate actions should be taken to safeguard China's chip security.

Nevertheless, there should not be a mad rush across the country to develop chips, especially because the global chip industry is highly monopolized and huge investments are needed for a company to succeed in the chip-making sector.

China has about 1,700 semiconductor enterprises, which should be encouraged to pool their resources and technologies and consolidate their business operations through mergers and acquisitions so they can achieve breakthroughs in core technologies.

Besides, China should offer more incentives and build a friendlier environment to attract talents from across the world to its chip industry. It is indeed alarming that China is projected to face a shortage of 300,000 professionals in the chip industry by 2020. As Ren Zhengfei, founder and CEO of Huawei, said: "We have adopted a money-pumping approach in the past to develop the electronic industry. However, it takes more than money to develop chips. We should try our best to win over mathematicians and physicists."