OPINIONS It's time to end differences and renew technology cooperation

It's time to end differences and renew technology cooperation 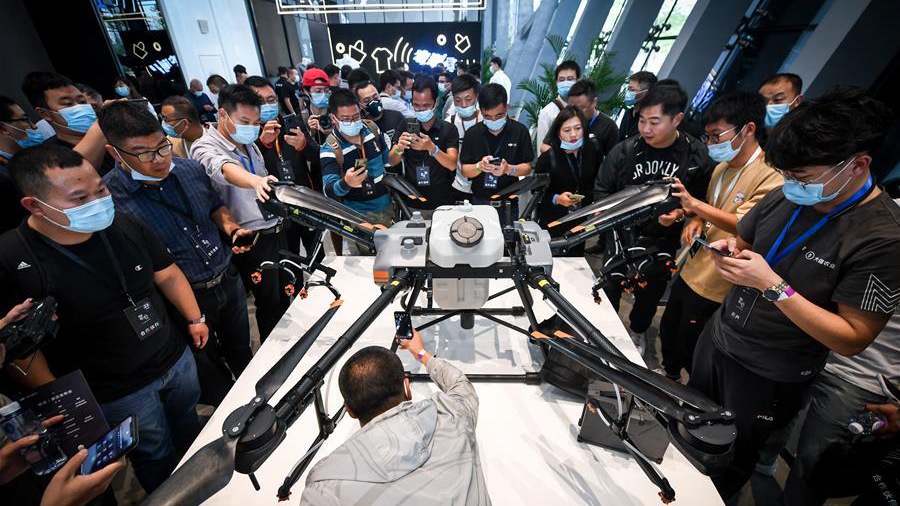 America fancies itself a "warrior state," which believes in the use of force to assert its dominance across the world. During 240-plus-year history, there were very few times when the U.S. was at peace as successors of George Washington have been involved in bombing civilians and erasing towns of the smaller nations.

The 9/11 terrorist attacks shook centuries-old American "pride," and the power-drunk U.S. has so far spent over $6.4 trillion of American taxpayers' money to cover up its abject failure, killing more than 800,000 people and displacing millions worldwide. After coordinated attacks exposed serious flaws in overblown U.S. defense and inland security, increased U.S. covert and overt foreign intervention bore hard on its economy and stagnated technological growth.

Few years onward, the U.S. suddenly realized China was emerging as a leading global economic and technological power, threatening to end its international supremacy by firmly sticking to its policy of non-interference and non-intervention, producing skilled labor and learning lean manufacturing techniques.

While the U.S. decided ceding economic and technological wherewithal to pursue its overseas military objectives, China channeled all energies and resources on pushing development, growth, productivity, poverty alleviation and technology, the fuel of the 21st century to produce more intelligent products.

China continues to be the largest producer and exporter of consumer electronics, with its share in worldwide production of mobile phones, computers and televisions reaching 70-90 percent in 2018. Even Trump's tariffs haven't stopped American buyers from purchasing Chinese products as the country's exports to the U.S. rose 46.1 percent to about $52 billion in November.

The recently U.S.-sanctioned Chinese drone maker DJI is by far the world's largest commercial drone manufacturer, accounting for 70-80 percent of the global market. Experts say DJI is a highly vertically integrated company, produces a lot of their own hardware and wasn't tied to a U.S. operating system, so the blacklisting won't impede company's growth and could affect American firms selling components to DJI.

The porting and storage of data in machine-readable form would be "control point" in the world economy. China has already digitized medical records and sequenced DNA of hundreds of millions of its people. With Huawei set to add records of another half a billion, analysts foresee this sort of database will transform pharmaceutical research, manufacturing and logistics, enabling Beijing to have a Fourth Industrial Revolution complex reaching from the South China Sea to the European Rhine. 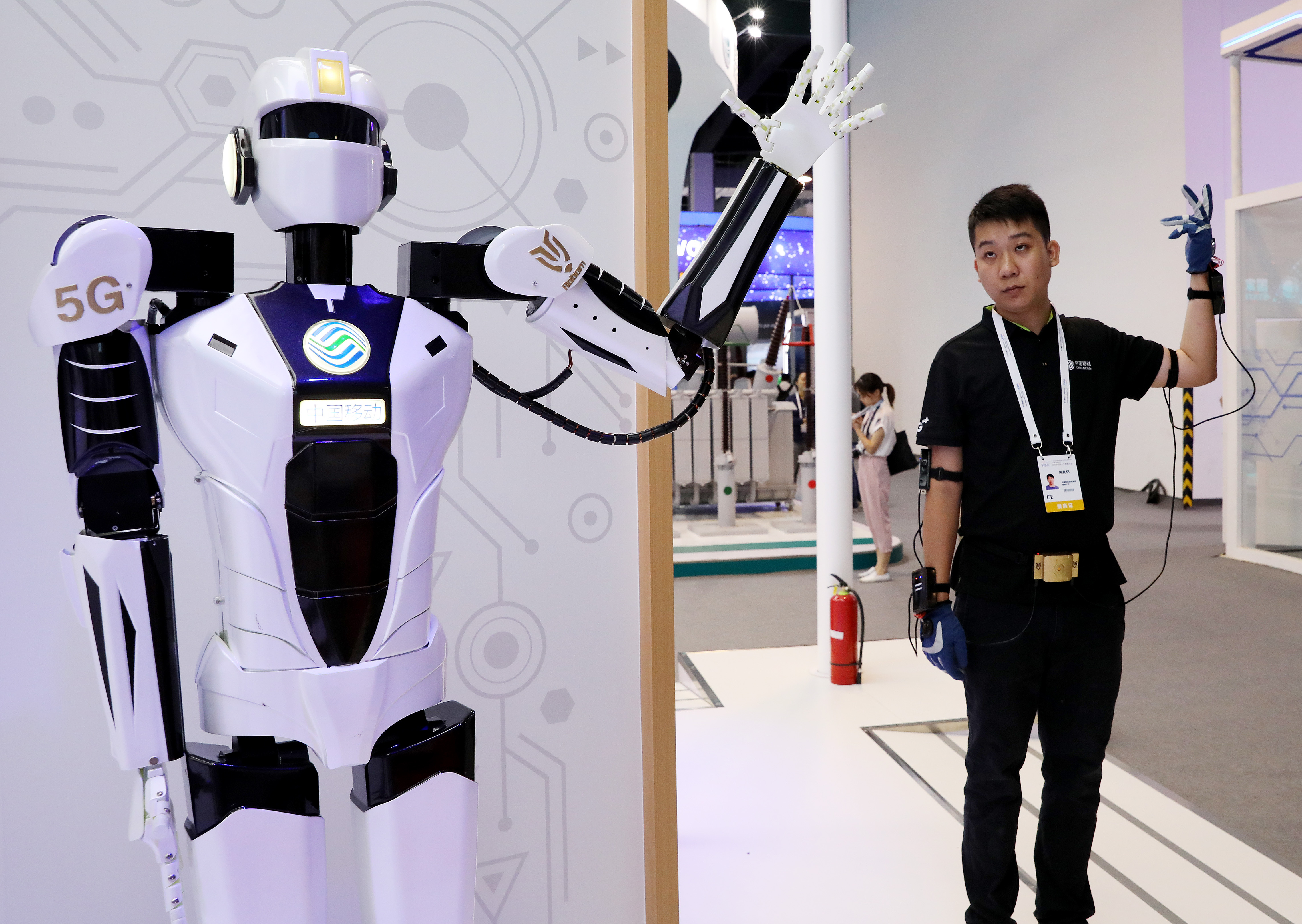 Back in July 2017, the Chinese government announced to turn the country into the world leader in AI through a three-step road map: catch up to current AI world leaders' technological abilities by 2020, make major breakthroughs by 2025 and be the global leader in 2030.

It is well on track to become the first global superpower for AI by combining a sheer volume of data with talent, companies, research and capital to build the world's leading AI ecosystem. Kai-Fu Lee, an authority on AI and writer of one of the most influential books on technology, told Forbes that China, through data, AI and the entrepreneur ecosystem has rapidly evolved to be a true innovator and caught up with the U.S. in AI.

The government support to Chinese AI companies has helped them solve real world problems, ranging from medical imaging for cancer and disease diagnosis to smart cities applications, something Lee termed as "techno-utilitarianism" permitting China to quickly realize successes and failures in the AI sector.

A recent report by global market research firm International Data Corporation estimated Chinese AI market will hit about $6.3 billion in 2020 and is expected to maintain a compound annual growth of 30.4 percent to record $17.2 billion by 2024. The revelation expresses China with 15.6 percent contribution would be one of the key drivers in boosting the global AI development in the next four years.

The most pressing concern for the U.S. is China's role in global 5G infrastructure development. While developing and emerging markets are likely to embrace Huawei as they look to welcome Chinese low-cost, high-quality next-generation development networks, the major European countries such as Germany, Italy and France have to date blocked the Trump administration's assertiveness to exclude the world's largest telecom network provider from building their 5G infrastructure.

Washington jumped through hoops to disrupt Huawei's global business and last year put the Chinese technology giant on the U.S. export blacklist. However, the company still posted an impressive 9.9 percent growth to record revenue of about $100 billion in the first nine months of 2020, showing its resilience to the American tirade.

Change of administration may just be the right time for the U.S. to alter its attitude toward China. Trump overly invoked Section 301 to investigate alleged China's involvement in forced or required technology transfer and theft of the U.S. intellectual property. But his policies to restrict Chinese companies' access to advanced technology could not slow down Beijing's tech growth.

Like its other development and growth plans, China's tech ambitions are transparent and peaceful, and not intended to hurt U.S. economic interests. The U.S. is threatened to lag behind in some key technologies because of its aggressive foreign policy – pressing it to spend taxpayers' trillions of dollars and propelling instability in the world.

Once the U.S. drops its cynicism toward China, the two biggest economies of the world can manage to mend fences. Washington should stop skating on thin ice and stop perceiving Beijing as an adversary or a strategic competitor. The two sides maintained a historic technological relationship and can still resolve their differences on technology, relieving people of both countries and economic- and pandemic-stricken mankind as well as paving the way to build a safe, secure, peaceful, prosperous and technologically advanced world.