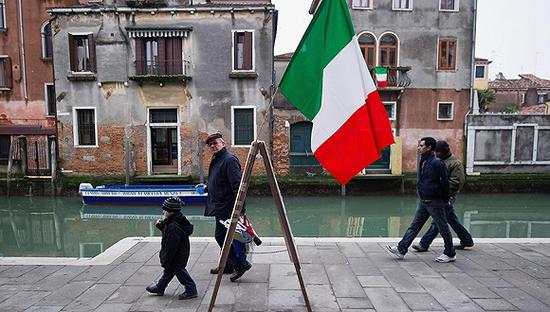 The first round of economic indicators released after the four-month-old Italian government indicated it planned to depart from European Union guidance on budget matters were mostly positive. But economists said it would be a mistake to draw any conclusions from the latest data.

The positive signals add some strength to predictions from Minister of Finance Giovanni Tria, who this week worked to assure European investors that Italy's 2019 budget plan and its larger-than-expected deficit would spark enough economic growth to erode government debt in subsequent years.

But economists told Xinhua it was important to keep the economic news in perspective.

"You can't draw any conclusions from a monthly snapshot of the economy," Silvia Figini, an economist focusing on quantitative methods at the University of Pavia, said in an interview. "The trend is what is important. The slight positive signs now could be the start of something but there is no way to be sure of that."

"Italy's exports are benefitting from the strengthening of the economies elsewhere in the European Union and in the United States," Polli told Xinhua.

The detailed 2019 budget is scheduled to be released on Oct. 20, and Italy must seek an OK from European officials. Economists have speculated the two sides will clash over the budget numbers, with the outcome still unclear.

Polli said that process could determine whether Italy follows the path of Portugal, which disregarded European Union guidance on its budget and has seen higher economic growth, or that of Greece, which did the same and has seen its economic weaken and become the first country in the 19-nation euro currency zone to default on debt payments.

Figini said macro-economic figures like those ISTAT tracks can only tell part of a country's economic story.

"ISTAT cannot measure things like citizens' wellbeing and other intangible areas," she said.

Some Italian officials say they want to address those issues by using the extra money from the deficit to pay for an initiative to provide a minimum basic income for Italian citizens, lower the retirement age, and invest in infrastructure.

Polli said some indicators in the latest ISTAT report showed the new initiatives, if enacted, might not have their intended impact.

"The government's hope is that people will take the money they get from the minimum basic income and spend it to help drive growth," Polli said. "But if you look at the data on the increase in discretionary family income, families didn't spend it, they saved it. When there's economic uncertainty the general reaction is to save. But that does not spark growth."