OPINIONS Japan being swallowed by diplomatic stalemates, unable to clean up postwar rows

Japan being swallowed by diplomatic stalemates, unable to clean up postwar rows 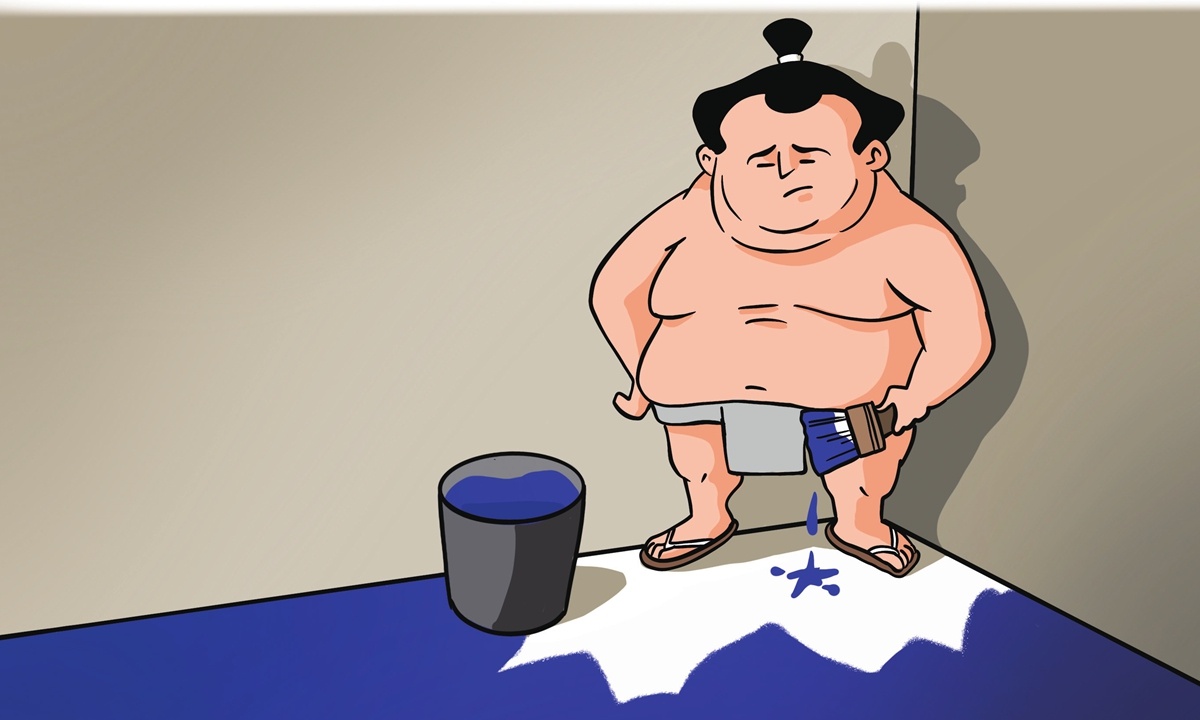 Orient Shield, an annual large-scale bilateral military drill involving US and Japanese troops conducted on Japan's northern island of Hokkaido, concluded on July 11. The exercises caused new ripples in Russia-Japan ties. Russian Foreign Ministry Spokeswoman Maria Zakharova said in a statement, "We consider the episodes of the exercise on Hokkaido Island, located in close proximity to the borders of the Russian Federation, through the prism of ensuring the security of our Far Eastern borders," Russian state news agency TASS reported on July 3.

After years of efforts to improve ties between the two, the Japan-Russia relationship has regressed. There reasons are behind this.

First, the two sides have different pursuits and lack mutual trust. Former prime minister Shinzo Abe had attached great significance on diplomacy with Russia. In 2018, the two sides agreed to speed up negotiations based on a 1956 joint statement in which Moscow agreed to transfer the two smaller disputed islands to Japan. Yet Abe insisted to claim sovereignty over all four islands. Moscow, on the other hand, hoped Tokyo would first admit that the issue of the ownership of Southern Kurils, or referred to as Northern Territories by Japan, is an "outcome" of World War II. As a result, their following bilateral negotiations ended without achievements.

In 2020, Russia amended its constitution to make it illegal for it to give away any part of its territory to a foreign power. In February, Russian President Putin further articulated, "We want to develop ties with Japan and we will do this. But we won't do anything that runs counter to the key law of the Russian Federation." In other words, the background of their negotiations today is no better than it was in 1956.

Second, Japan has overestimated Russia's expectations for Moscow-Tokyo ties. Take Abe for example. He wanted to resolve territorial disputes with Russia, and also hoped to drive a wedge between Russia and China by improving relations with Moscow. Tokyo obviously underestimated the strategic mutual trust between Beijing and Moscow. In 2019, Katsuyuki Kawai, special adviser to Abe for foreign affairs, stated that, "I would like the United States to understand the importance of concluding a Japan-Russia peace treaty as a means to jointly counter the threat from China." The remark was later refuted by Russian Foreign Minister Sergey Lavrov. "This is an outrageous statement," Lavrov said.

Whether Russia and Japan will sign a peace treaty is not only about their territorial disputes, but also about the Japan-US military alliance. In 1956, the two sides did not reach a deal on their territorial disputes. This was partly because the US piled pressure on Japan for not being willing to see closer Tokyo-Moscow relations. Over the past years, Japan has been increasingly proactively coordinating with US strategy in terms of pushing geopolitical confrontation. This has aroused Russia's dissatisfaction.

While Tokyo is constantly boosting its military cooperation with Washington, it won't reach its goal in seeking a consensus with Moscow over either inking a peace treaty or resolving territorial disputes.

In 2018, Abe raised the push to clean up Japan's postwar diplomatic rows. But people have not seen progress in this plan. Japan's diplomacy with Russia and North Korea showed no advancement. Its ties with South Korea have dropped to the lowest point in history. Tokyo's relations with Beijing are also confronting severe challenges since the country is ganging up with the Washington to contain China. Japan's diplomatic room is only narrowing down.

The author is vice president of China Institutes of Contemporary International Relations.