Japan blusters on about Diaoyu Islands 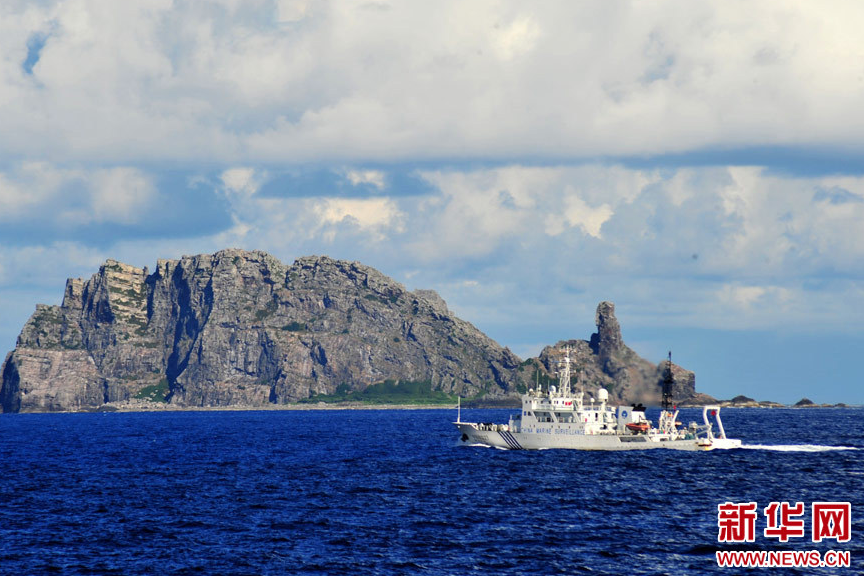 Who first offends will first complain, it is often said. The Chinese foreign ministry rebutted a Japanese protest over a Chinese frigate that entered waters contiguous to the Diaoyu Islands on Thursday. Tokyo said the Japanese vessels warned the Chinese vessel. Tokyo then summoned the Chinese ambassador to voice its concerns. Japanese Prime Minister Shinzo Abe even demanded the government work jointly and coordinate with the US to maintain high vigilance.

While Japan insists on its claim to the Diaoyu Islands, they actually belong to China. It is normal in the waters around the islands that vessels of the two sides ask the other to leave. But the Chinese side opts to keep a low-profile in handling frictions out of consideration for overall bilateral ties. By contrast, the Japanese side often prefers to make the encounter widely known to take an upper hand in the publicity and demonstrate its administration of the islands and hence pressure China diplomatically.In reality, the Diaoyu Islands are under the control of Japan, but China Coast Guard vessels have been conducting patrols in the waters on a regular basis. Military vessels of the two sides often stay afar to avoid confrontation. They sometimes pass the waters around the Diaoyu Islands, temporarily. According to the Chinese foreign ministry, Chinese naval vessels conducted surveillance on Thursday after two vessels belonging to Japan's Maritime Self-Defense Force entered the contiguous area.In the latest friction, Tokyo behaved aggressively by fabricating what happened and teaming up with Japanese media to blame China for escalating the friction.As China-Japan relations have recently shown signs of a thaw, Thursday's friction could have been addressed through diplomatic means. Unfortunately the Japanese side hyped it up instantly, derailing its recent efforts to improve ties with China. What Tokyo truly wants to achieve is confounding. With regard to relations with China, Japan has been vacillating between showing positive signs and making hostile moves in recent years. This lack of coherence may relate to Japan's domestic politics. The Abe administration tries to adjust its relations with domestic political forces by showing various postures to China. The friction on Thursday even prompted Abe to make demands, suggesting its influence on Japanese public opinion. Yet the incident is no more than a regular one for China which just responds by foreign ministry spokesperson. We hope Japan can show more composure. It needs to figure out what kind of relationship it wants to develop with China and in what way frictions between them should be handled. China has dealt with territorial disputes with other neighboring countries over larger territory, but none of them is blustering like Japan. If Japan thought things out, China-Japan ties might be improved in a steadier way.