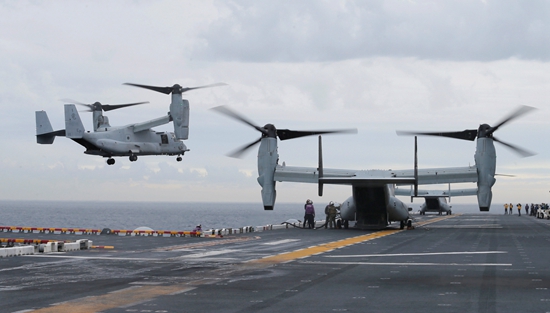 After Japan and India agreed earlier this week to step up bilateral ties, it was announced that Japanese Prime Minister Shinzo Abe would visit Australia in November.

This has been viewed by some observers as part of Abe's Free and Open Indo-Pacific Strategy, as Tokyo keeps an eye on China's growing influence in the Indo-Pacific region.

The development of economic relations between Japan and India has fallen far behind Tokyo's economic ties with China, where a complex web of production chains has been established in recent decades despite unstable political ties.

It's understandable that Tokyo wants to strengthen ties with New Delhi to seek an appropriate balance among economies in the Indo-Pacific region.

This concurs with a recovery of the Sino-Japan economic relations.

With Japan's Free and Open Indo-Pacific Strategy, economic interactions among China, Japan and India are likely to be strengthened, but no bilateral economic relationship is exclusive. Japan might seek closer ties with India to strike an economic balance, but this cannot come at the cost of its relations with China.

China would be relaxed about Japan-India cooperation, instead of seeing it as a strategy to counter China's influence in the Indo-Pacific region.

China and Japan can share common ground while strengthening cooperation with India to promote economic integration.

India has vowed to further open its markets to Japan, which will give China new reason to ask India to provide equal treatment to Chinese enterprises.

On the one hand, China and Japan have a common interest in promoting India's opening-up.

On the other hand, China and Japan have different advantages in technology, finance and investment, which can help the two countries find a unique way to enhance their cooperation with India.

However, we should remain vigilant toward Japan's Free and Open Indo-Pacific Strategy, taking a close look at whether Japan's cooperation with India becomes a strategic tool used by the US to counter China.

Washington might want to make India's cooperation with China and Japan a burning fuse to heat up the competition between Beijing and Tokyo, but we don't believe Japan will be so unwise as to follow Washington's logic and get involved in a confrontation with China.