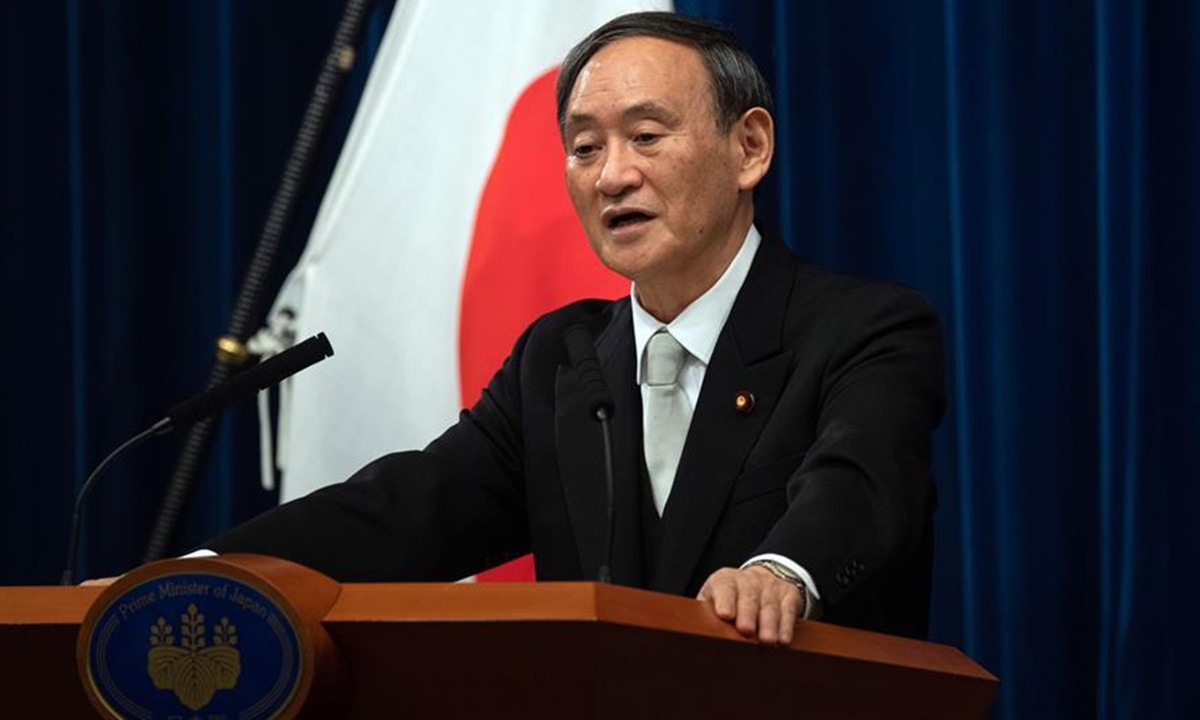 The 26th International Conference on the Future of Asia held by Nikkei on Thursday and Friday, in Tokyo and online, invited heads of states and high-level officials from many Asia-Pacific countries.

In his speech that concluded the first day of the conference, Japanese Prime Minister Yoshihide Suga urged other countries to cooperate in establishing a free and open Indo-Pacific, Nikkei reported. "We strongly oppose any attempt to unilaterally change the status quo in the South China Sea," Suga said.

Although Suga didn't name China directly, given Japan's strong anti-China sentiments in the past few months, his remarks emphasizing on the "status quo" in the South China Sea had clearly pointed a finger at China. However, Japan failed to fan a flame of accusations and attacks against China during the conference. Many countries have underlined the importance of cooperation with China. In other words, Japan's attempts to stain China backfired.

Analysts said that Japan is incapable of leading Asia-Pacific countries against China. But it was using the event to sound the countries out. Be it to criticize China or take sides, Japan didn't expect to see those participants make statements that met what Tokyo wants. Because it is aware that it cannot make it.

Nonetheless, Japan aimed to outline or emphasize the existence of the choice of "taking sides," and thus influence the public's perception of China-related issues, analysts said.

Handling its ties with China with such mentality, Japan is clearly taking the wrong way in its prejudice against China. This was also reflected by what some participants said during the conference.

Cambodia's Prime Minister Hun Sen spoke highly of his country's relations with China, rejecting the slanders that claimed that Cambodia has become a proxy for Beijing. "If I don't rely on China, who will I rely on?" Hun Sen asked.

Malaysia's former prime minister Mahathir Mohamad said that Quad should ensure peaceful negotiations with China toward stability and mutual economic benefits, rather than using "an old strategy of encirclement" that would trigger a heavy global economic backlash.

Philippines' President Rodrigo Duterte said his country will not take sides in the ongoing "big power competition" because "zero-sum approaches are self-defeating and ultimately futile. What hurts one ends up hurting everyone else."

Besides, New Zealand's Minister for Trade and Export Growth Damien O'Connor called the relationship with China as "one of our [New Zealand's] most significant," stressing that there will be some points of "difference" that New Zealand will "raise with China in a predictable way."

All the above remarks have proven that in the Asia-Pacific region, cooperation is the norm that most regional countries want. Peaceful development is what most people desire, not confrontation using conspiracies. This is where the entire Asia is heading.

With the emphasis that "authoritarianism is rearing its head" in the introduction of the conference, Nikkei's real attempt was telling. But what really happened has let the outlet down.

Ganging up against China may be a scenario that is to some extent common in today's Western world led by the US. But in Asia, where cooperation is prioritized, such a campaign that threatens regional stability and countries' interests can hardly echo.

The Japanese government has been planning for a situation where China and Japan give each other cold shoulder in the political sphere while the two simultaneously develop economic ties. But this idea doesn't benefit China-Japan relations or the entire region. Tokyo should figure out what is really beneficial to the Japanese people.