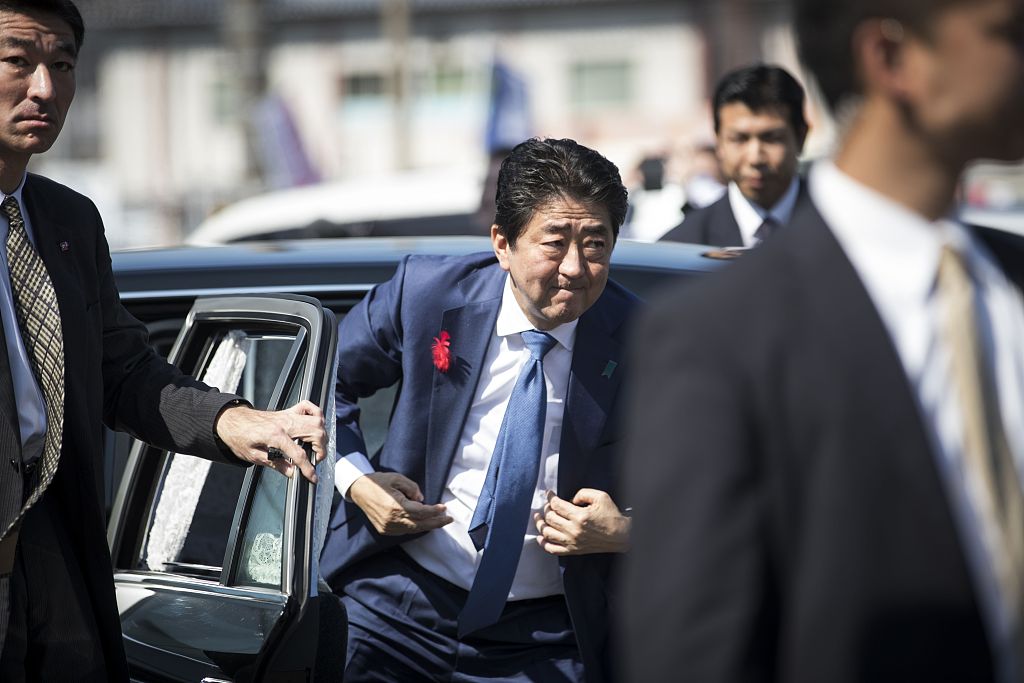 The 64-year-old Abe, who is on course to become Japan's longest-serving prime minister, is also hoping to shore up his mandate ahead of a crucial consumption tax hike later this year, along with trade negotiations with Washington.

Opinion polls suggest his Liberal Democratic Party (LDP) and its coalition partner Komeito are likely to win a majority, mostly due to a lacklustre opposition.

Sunday's vote is for half the seats in the House of Councillors -- the less powerful upper house of parliament.

Voting began across the country at 7:00 am (2200 GMT Saturday) with the outcome expected to become clear shortly after the polls close at 8:00 pm.

Pollsters suggested turnout could be lower than 50 percent, significantly less than usual.

"I support the current government because I see no alternative," said Yoshiko Iida, a 45-year-old beauty therapist.

"Opposition parties are woeful," she told AFP. "I don't want to leave power to them."

Susumu Rokkaku, an 85-year-old male pensioner, said: "I voted for an opposition candidate but whoever is elected, nothing will change. I have no expectations."

Abe's ruling coalition is forecast to win a solid majority of the 124 seats up for grabs, according to pre-election surveys.

The two parties control 70 seats in the half of the chamber that is not being contested, putting them on track to maintain their overall majority.

"Abe's strength is largely based on passive support resulting from disarray in the opposition camp and a lack of rivals," Shinichi Nishikawa, professor of political science at Meiji University in Tokyo, told AFP.

If he wins, Abe should be able to stay in power until November when he will break the record of the nation's longest-serving premiership held by Taro Katsura, a revered politician who served three times between 1901 and 1913.

During campaigns, Abe's ruling coalition has sought to win voter support for a rise in the nation's consumption tax to 10 percent later this year as part of efforts to ease swelling social security costs in the "ultra-aged" country.

Abe is hoping that his coalition and a loose group of conservatives from smaller opposition parties can grab a two-thirds majority in the upper house, giving him the support to move ahead with plans to amend the constitution's provisions on the military.

Abe vowed earlier this month to "clearly stipulate the role of the Self-Defence Forces in the constitution," which prohibits Japan from waging war and maintaining a military.

The provisions, imposed by the United States after World War II, are popular with the public at large, but reviled by nationalists like Abe, who see them as outdated and punitive.

Local media predict that forces in favour of revising the constitution, led by Abe's LDP, are likely to win close to 85 of the seats up for grabs, giving them a "super majority" in the chamber.

"Since the ruling coalition is widely expected to win the election, attention is now focused on whether the pro-revision forces can win a two-thirds majority," Nishikawa said.

However, any constitutional revision also requires approval in a national referendum.

But early voting hit a record 14 million by Friday, accounting for some 13 percent of the nation's eligible voters, according to the government.