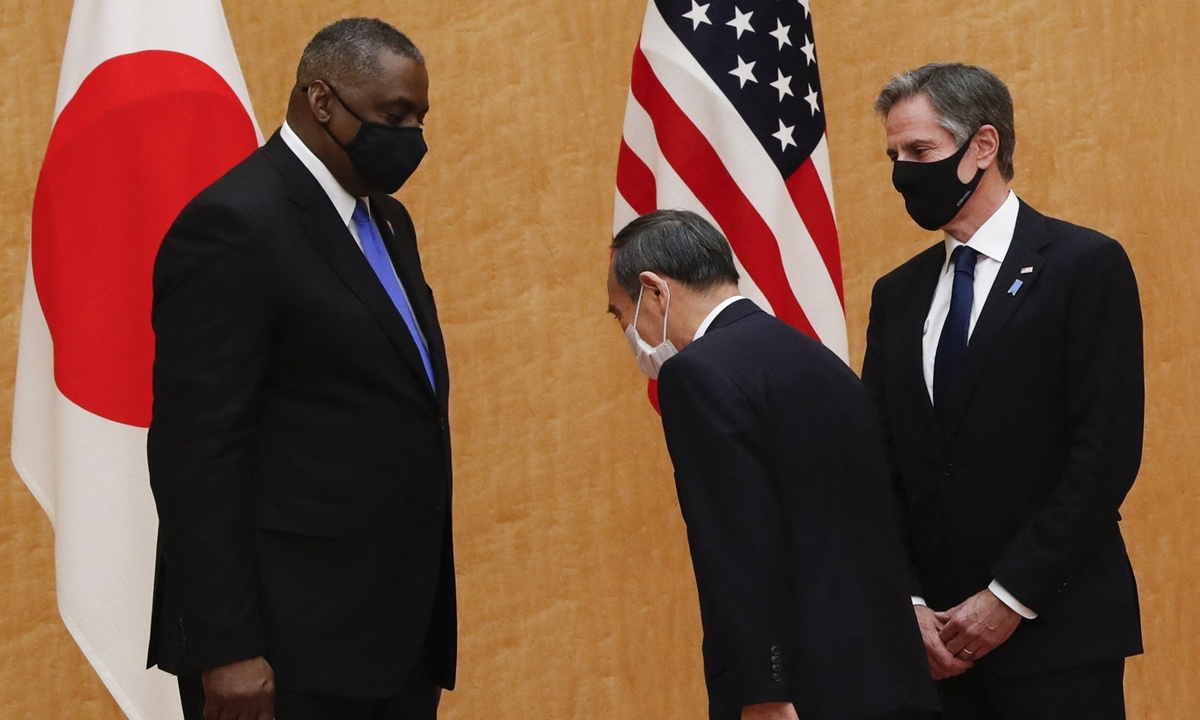 Every country must take into account its neighborhood relations, international relations and strategic interests when making foreign policies. However, the obvious difference between Japan, which has been quite noisy recently in terms of China affairs, and South Korea shows the fact that South Korea has made a rational and objective choice in diplomacy and security against the background of the intensifying competition between China and the US. South Korea's choice is also in the interests of its national interests.

Both Japan and South Korea are allies of the US. However, in the globalization era and given geopolitical factors, how to choose their foreign policy is a test of the two countries' diplomatic ability, their insistence on strategic independence, and their ability to balance external forces. Undoubtedly, South Korea has done this better than Japan, and it has done so without harming its own national interests.

Japan's diplomatic choice to follow the US' lead seems reasonable on surface, but in fact it not only brings challenges to Japan's domestic affairs, but also risks to its diplomatic environment. Tokyo thinks it has enhanced the US-Japan relationship, but at the same time it has damaged China-Japan ties. There are four documents signed between the two countries since the establishment of diplomatic ties that formed the political foundation of China-Japan relations. Tokyo should not neglect the fact that China and Japan have also achieved many economic, cultural and other results with cooperation.

Japan could choose to continue to develop its alliance with the US, building up its security architecture. But this shouldn't be achieved by targeting a third country that it has a geopolitical relationship with. It also highlights Japan's limited room for diplomatic maneuver.

Japan has been described as an economic giant, but it has behaved like a dwarf in international political affairs. Japan's inability as a great power to balance itself in international competition is diplomatically flawed.

One reason that drives Japan to lean toward the US is the Diaoyu Islands dispute. Japan is anxious about China's activities in the waters, which it deems as aggressive. Tilting toward the US and even Europe and Southeast Asia could be a feasible choice for Japan to hedge against China to some extent.

But China-Japan relations go beyond geopolitics - the two have deep economic and cultural ties. Diplomatic engagement with China can help bridge differences and expand Japan's room for maneuver. Only China and Japan can solve the problems between them.

Japan, as the only country that has suffered from an atomic bomb attack, is restricted by the nuclear protection program of the US. Moreover, many politicians and elites do not have a correct historical view, which also affects Japan's policymaking and reputation in the international community. Japan thought that it was the victim, but in fact it was the perpetrator because it was Japan that attacked other countries first. As a result, there are many obstacles for Japan to establish itself as a great power. If it just follows the US, it will only be like a small cat imagining it is a mighty tiger.

South Korea provides a good example and model for Japan and other neighboring countries to learn from. However, actual policies of different countries need to be changed according to different national situations. ROK Foreign Minister Chung Eui-yong visited China from April 2 to 3. It's the first visit of a South Korean foreign minister to China since 2017. This shows that the ROK has made a very rational choice in consideration of its national interests and the close trade and geographical ties between China and South Korea.

No rational country would want to contain or offend its biggest trading partner. The last thing Japan should do is overlook the long-term advantages of economic and trade ties with China, while only seeing the short-term advantages of cooperation with the US.

Japan's policies are now riddled with contradictions and incoherence. A mature diplomacy may have twists and turns and contradictions, but its overall direction should stay the same. However, Japan itself lacks judgment in its diplomacy and is easily influenced by external forces.

The author is director of the Institute of Northeast Asian Studies at Heilongjiang Provincial Academy of Social Sciences.