OPINIONS Jealous US needs actions, not words, to halt its virus crisis

Jealous US needs actions, not words, to halt its virus crisis 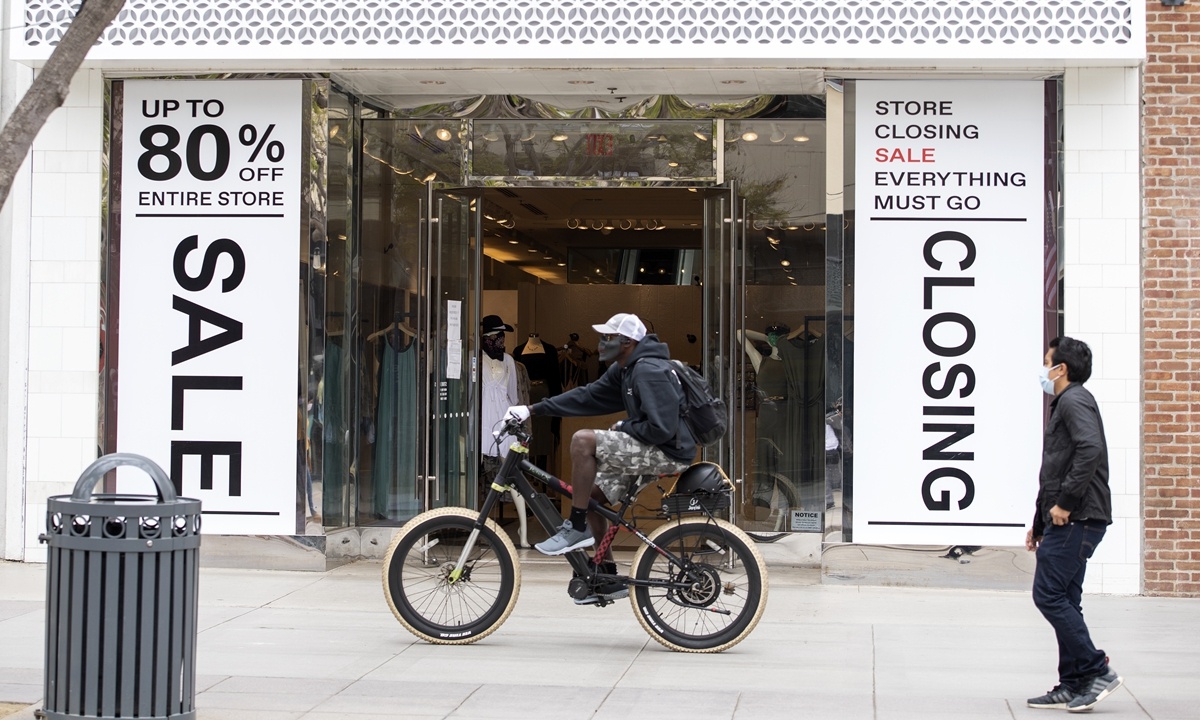 The US is full of jealousy when witnessing that almost all Chinese students, ranging from kindergarteners to those in universities, returned to school earlier this month. The reason? The US is not yet out of the first wave of the novel coronavirus pandemic.

The New York Times published an article entitled "How China Brought Nearly 200 Million Students Back to School" on Saturday, arguing that "China says the reopening of classrooms proves that its top-down system is superior. To overwhelmed teachers and students stuck on campuses, its restrictions can feel like overkill."

After analyzing how controversial it is to resume classes in the US, the author claimed that China could reach today's achievement only because its system "is run like a military" and "local bureaucracies have little choice but to obey the orders of the all-powerful central government."

The rhetoric represents quite a few US media outlets which refuse to view China's epidemic fight in a rational way. Even though at the bottom of their hearts, they recognize China's resumption of normal social activities stems from the efficiency of its system, they would never acknowledge it. Instead, US media dropped their journalistic professionalism in haste, holding high the banner of political correctness, sparing no effort to try to prove, even by fabrications and smears, that something must be wrong in the Chinese system.

While those media are trying hard to prove the superiority of their own democratic system in the face of their failures amid the crisis, they look like someone pretending to be asleep and refusing to wake up.

No matter whether the West admits it or not, the "top-down system," which has been subject to intense criticism from the US, is exactly the reason for China's huge anti-epidemic achievements.

It is precisely because of the system's strong and efficient capability of mobilization that China has been able to overcome the abrupt challenges, including the shortage of medical personnel and supplies, and to pool all possible resources needed in a short period of time. Thanks to the system, China ensured that decisions made by the government, such as covering the treatment and healthcare fees of COVID-19 patients, are not influenced by capitalist or other interests.

Similarly, it is because of the US' system that Washington's handling of the crisis has been so embarrassing. Thanks to the system, consensus can hardly be made, without which little has been achieved. Different interest groups in the US constrain one another. Multi-center and multi-level decision-making mechanisms seldom show solidarity. Efficiency of policymaking and executive capacity are nowhere to be found. Seeking how to resolve the problems is put aside while the blame game takes center stage. In this failed system, the US media have played a crucial role.

Granted, a growing number of US media outlets have started to reflect on the US' drama in its response to the virus. They tend to focus on the US president. Constant critiques have been going on over Donald Trump's missteps. Yet they barely make any difference in Trump's policy to combat COVID-19 or the overall epidemic situation in the US. So what's the use of the US' freedom of speech, public opinion and even whistleblowers?

Quite a few Americans are confident that the US system is flawless, and if anything goes wrong, it must be the politicians. US politicians do make mistakes, but this is hardly news.

If nothing changed in Washington all these years when US public opinion kept pointing out the US' own problems, what are the advantages of the hallowed US democratic system? Such a system now seems merely an empty slogan.

Until today, some American elites are still busy criticizing how China treated Li Wenliang, the "whistleblower" Chinese doctor in Wuhan who died from COVID-19, without mentioning that Li was awarded the title of "martyr" in April and has been honored by the Chinese people.

China is making great efforts to walk out of the epidemic. What about the US? How are American whistleblowers and leading medical experts being treated?

When China is doing the right thing to protect its people in a whole-of-society approach, the US is at its wits end. Finding fault in China's system has become the only convenient choice. When The New York Times mentioned China's way is "an approach that would be nearly impossible anywhere else in the world," US jealousy was evidently laid bare.