"It is a deliberate policy by some in the Trump administration to try to divide the world, to foster another Cold War, and therefore is a very dangerous approach," Jeffrey Sachs wrote in an email interview, referring to the current US trade policy towards China. 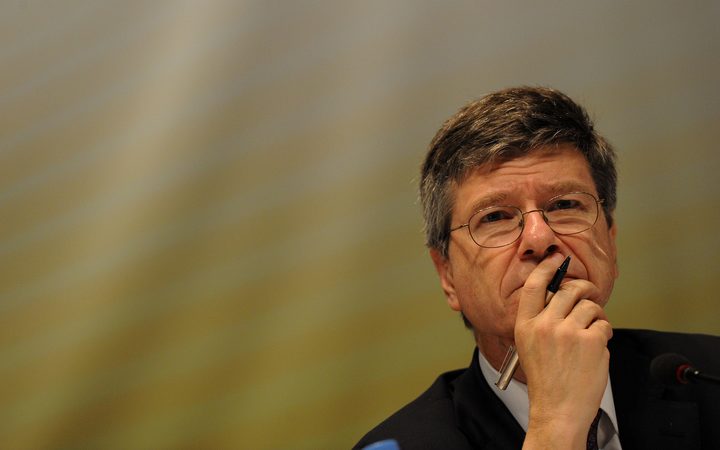 Sachs told People’s Daily that the current US trade policy has multiple effects on the global economy -- resulting in lower business investment, increased consumer uncertainty, heightened geopolitical tensions and tighter financial conditions, among others -- which could slow the global economy over the next 12 to 18 months.

In the face of growing domestic pressure over the trade war, the Trump administration repeatedly insisted that China would pay for its tariffs. Sachs expressed a clear opposition to this argument. He wrote that “we know that US consumers are already paying higher prices, and that American farmers are receiving lower global prices for their products. Trump’s claim that only China pays for the tariffs is preposterous and rejected by almost all economists.”

“More importantly, everyone is paying the price for a policy that undermines global cooperation and increases the risk of conflicts of all kinds,” he added, referring to the rising concern over a more confrontational relationship between the two largest economies in the world.

A recently concluded USTR public hearing on proposed tariffs on the remaining 300 billion Chinese goods had sparked an even bigger backlash from the American business community. A large number of consumer goods companies had come to the hearing, complaining that the tariff measures would not only hit their businesses, but also put a greater burden on American consumers.

Ever since the Trump administration took office, there was a rising hawkish voice in Washington asking for a more confrontational policy toward China. As viewed by Sachs, this policy “is based on extreme nationalism and a desire by some Americans (not the majority) to promote or ensure American geopolitical primacy over all rivals, including China”.

He continued to warn of the danger of such strategic mentality: “This group dramatically undervalues and misunderstands global cooperation. Trump expresses these ideas crudely (‘America First’) but he is not alone. There are others in the US who favor actions to hinder China’s development. This of course is a huge mistake for all sides...The Cold War mentality is very dangerous, not only for the economic effects but for the security effects too, as it could cause an arms race and even conflict, which would be devastating. ”

Though deeply concerned about the unilateralist turn of US foreign policy, Sachs stressed that multilateralism is still the future of the world. “There are huge gains from an open multilateral system, including more peaceful relations among countries. Europe, Latin America, and Africa all have huge benefits from an open system, but the US is trying to entice other regions into a cold war with China.”

To address the challenge brought by US policies, Sachs proposed that all countries, including China, should remain committed to building a peaceful, UN-based international order. “The UN Charter, and UN institutions, are vital for peace. China, I hope, will take every opportunity to emphasize its commitment to multilateralism, including the UN Charter, the WTO, the Sustainable Development Goals, and the Paris Climate Agreement,” he stressed.

Sachs believed that one of the most important things China can and should do now is to ensure that the Belt and Road Initiative (BRI) embodies the commitment to sustainable development and multilateralism. “When BRI is a strong, multilateral endeavor of the countries of Eurasia, Africa, and Latin America, and when BRI embraces clean, green energy and sustainable technologies in order to fight global climate change, then all countries can embrace this important initiative as a vital contribution to global well-being,” he wrote.