OPINIONS Job Challenge: After China's trash ban, what happens next?

Job Challenge: After China's trash ban, what happens next? 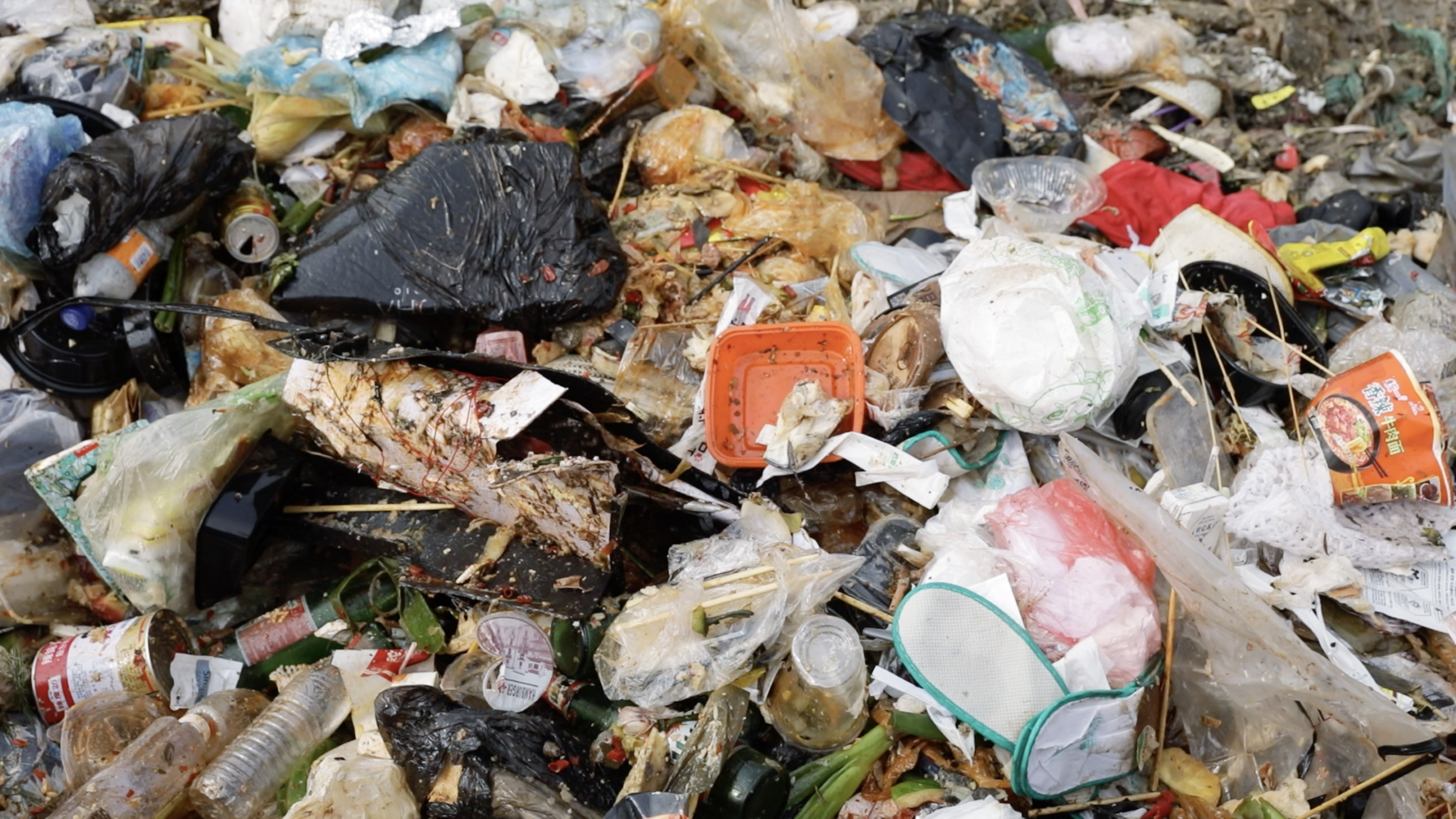 Starting with mandatory garbage sorting in Shanghai, China is waging a war against waste. (Photo: CGTN)

Garbage sorting: How hard can it be?

It was seven a.m. when I first got to work, in a local community where residents were heading out to work, school or for a morning stroll.

I was joined by Liu Lianqun, who worked as a "garbage guide" next to the local trash sorting station.

In this neighborhood, kitchen waste goes in biodegradable green bags which are given out for free to every household.

While many locals approached us, enthusiastically holding their green bags, it was up to us to give them a kind but firm telling-off. Kitchen waste is food items only! No tissues! No paper! No plastic!

Some people took our advice on board, some shrugged it off, while others were clearly angry at being told what to do.

It's understandable. Our rubbish can be very personal and something that we keep to ourselves. Any attempt by a stranger to pry into our bin bags is going to be unwelcome.

But Liu, a woman approaching her sixties who clearly loves her city and local community, was very optimistic that progress was being made.

She stressed that the ultimate aim of her job was not to separate trash, but to encourage people to proactively separate it themselves, eventually without a guide to help them.

The pros and cons of modern technology

In another community, I found a different approach to garbage sorting – rewarding residents with points in return for their recyclable waste.

By scanning a QR code through a smartphone app, locals can collect points for their cardboard, plastic bottles and old clothing, and exchange them for goods or cash in local shops.

If you live in China, mandatory garbage sorting is coming to a city near you.

In the UK, we have been sorting out rubbish for as long as I can remember. For most people, it's just second nature to divide waste at home before throwing it into separate bins.

But like most Brits and other Westerners, I had no idea that most of our recycling used to go to China until the country banned foreign trash imports last year.

With its booming middle class of urban consumers, China has its own mounting waste problems that it urgently needs to get to grips with.

Amid China's new drive to sort out its trash problem, I was keen to see what Hangzhou, a city with a population larger than Scotland, was doing to get residents ready.

It's a great scheme that merges recycling with the latest technology, making it easy for users to see their own progress and reap real results from recycling.

But this use of tech is also problematic. To recycle in this way, you have to be a smartphone-savvy user. Many of the locals who were keen to recycle were also retirees, and while some knew how to use QR codes and navigate apps, it was clearly a challenge for many others.

Recycling can be rewarding

At Hangzhou's only landfill site, I was shocked at how many recyclables are simply being buried in the ground rather than used and re-used again. I was surrounded by a mountain of rubbish, standing on top of the equivalent of a 30-story building made of trash.

If the average person could see truck after truck dumping glass, paper and plastic into landfill with their own eyes, they would likely give garbage separation a lot more attention.

For China's garbage separation campaign, education will be essential in the long term.

Back in the UK, getting people on board with rubbish sorting and recycling has been a decades-long project. Twenty-five years ago at kindergarten, I was taught about protecting the planet, while school trips often took us to the beach to pick up rubbish that had washed ashore.

China has an urgent garbage problem, but resolving it will take time. Recycling can provide rewards much more valuable than virtual tokens on a smartphone. But the biggest challenge is teaching people to embrace the sense of pride that we can all share, in doing something for the good of our planet.