So far, over 100 countries and regions have reported more than 100,000 cases of novel coronavirus pneumonia (COVID-19). Only by solidarity and mutual assistance can we achieve an early victory over the “public enemy” and put an end to the disease that threatens the security of the people across the globe. 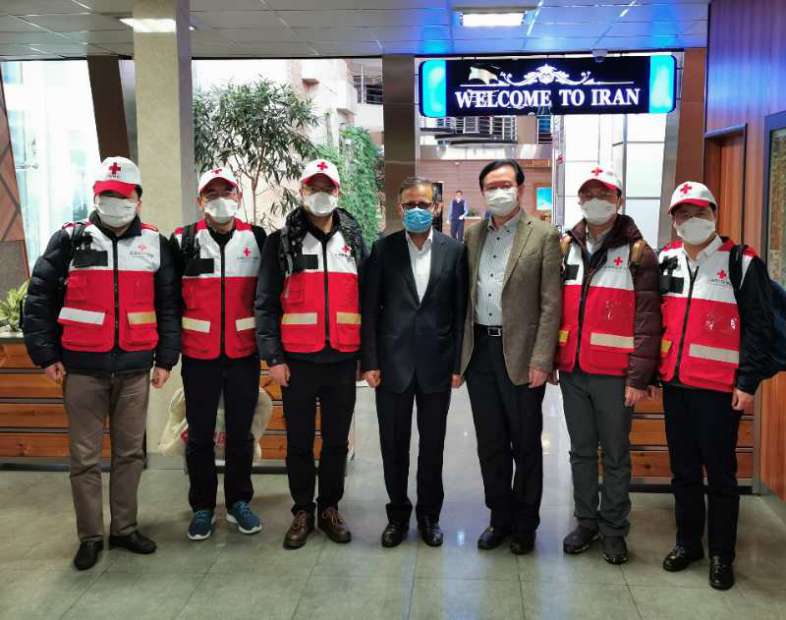 Five experts from the Red Cross Society of China arrives in Teheran, Iran with China-aided medical supplies on Feb. 29 to help the Islamic republic fight against the novel coronavirus epidemic. (Photo courtesy of the Chinese Embassy in Iran)

China’s sense of responsibility and efforts to build a community with a shared future for mankind are highlighted in the international cooperation on epidemic prevention and control.

Since the onset of the epidemic, China has upheld the vision of a community with a shared future for mankind, guaranteeing the lives and health of the people and contributing to global public health. It has fully demonstrated the image of a responsible major country.

China is receiving huge attention from the international society for its approaches to and results of epidemic control. Under the strong leadership of the CPC Central Committee with comrade Xi Jinping as the core, the country has carried out national mobilization, across-the-board deployment and swift responses, adopted the most comprehensive and rigorous prevention and control measures, and launched a people's war against the epidemic.

In this war without gunfire, China’s quick response has earned valuable time for the world to respond, and its efforts have built a solid line of defense against the epidemic. The country, molding a template for global countries, is lauded by the international society.

When adopting forceful prevention and control measures, China is also sparing no effort to contribute to global public health. It cooperated and communicated with the World Health Organization (WHO) and the international society, shared parts of the whole genome sequence of the virus strain at the first opportunity, and rapidly developed the testing kit. 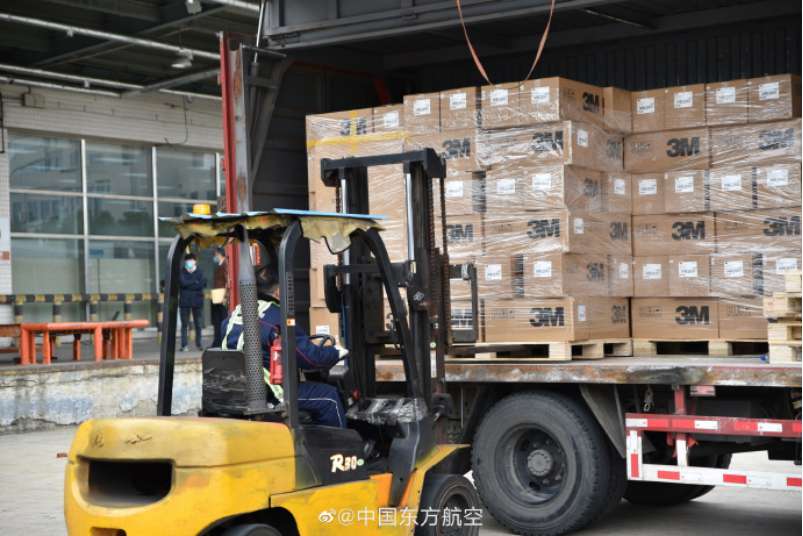 A Chinese worker loads masks donated by Shanghai to South Korea’s Daegu and Gyeongsangbuk-do, March 2. A total of 500,000 pieces of masks are donated. (Photo courtesy of China Eastern Airlines’ page on Weibo)

Besides, the country has also donated $20 million to the WHO and offered medical supplies to other affected countries including Japan, South Korea and Italy when it was dealing with difficulties itself.

By actively enhancing regional and international cooperation on epidemic prevention and control, China practices its value that all people under the heaven are of one family and all nations should live in harmony, and demonstrates its conviction to mutual assistance, gathering powerful positive energy to safeguard the planet and people’s lives.

During the battle against the epidemic, heads of state from over 170 countries and leaders of more than 40 international and regional organizations expressed sympathy and support for China. Many countries, international and regional organizations, as well as foreigners also donated tremendous money and medical supplies to China.

From landmark buildings across the world lit up in red to express solidarity with China to the Chinese songs sang by foreigners to convey their best wishes, the voices of support for China and Wuhan are gathering a strong power to build a community with a shared future for mankind.

The spreading epidemic once again indicates the importance of the vision of building a community with a shared future for mankind in safeguarding the health of the people and global public health security.

No country is able to stay absolutely safe relying on multilateralism and isolation, and only solidarity, cooperation and joint efforts remain the right choice to maximize common interests and the interests of each party.

“The only way we will defeat the 2019 novel coronavirus outbreak is for all countries to work together in a spirit of solidarity and cooperation,” said WHO Director-General Tedros Adhanom Ghebreyesus.

From information sharing to conducting joint prevention and control, and from enhancing studies on virus sourcing and transmission to strengthening vaccine and test reagents development, close collaboration of the international society is the only way that the world can build a solid wall of defense for people’s health.

Confidence and solidarity are important more than ever in this severe epidemic. By joint efforts, cooperation and mutual assistance, the world will finally tackle the challenges posed by the epidemic, inject new energy for the building of a community with a shared future for mankind, and build a brighter future for human beings.