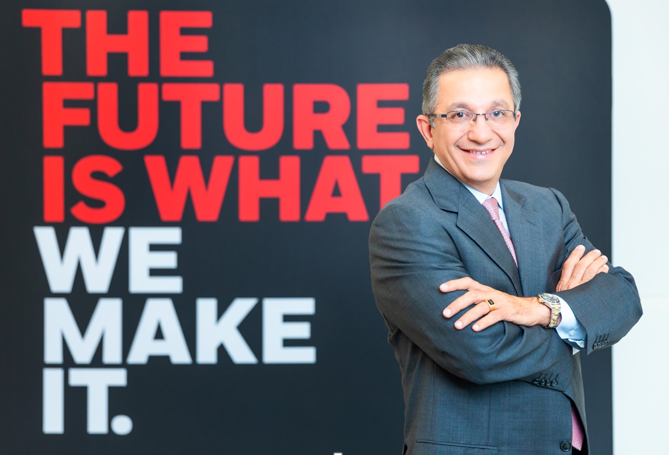 People’s Daily (Washington) -- Talking about the upcoming second China International Import Expo, Shane Tedjarati, president of Honeywell’s global high growth regions, said Honeywell is among the first batch of multinationals to commit to join the CIIE. This is the second time for Honeywell to join, which shows Honeywell’s commitment to China. The size of Honeywell’s exhibition areas has tripled compared with last year.

According to the the Ministry of Commerce, the number of US companies participating in the second session of the Expo reached 192, an increase of 18% over last year. The exhibition area for US companies reached 47,500 square meters, ranking first among the participating countries.

With the theme on “The Future is What Make It,” Honeywell will exhibit over 30 leading technologies including “connected aircraft, connected buildings, connected manufacturing, and connected distribution centers.” Some of the exhibits are showing products for the first time in China, including the new JetWave xxxxx, tailor made for the China market. Products such as total solutions for connected warehouses and smart terminals display Honeywell’s innovation capabilities, which can solve China’s key challenges in terms of smart manufacturing, energy efficiency and safety.

For example, Honeywell signed a cooperation agreement with Sinochem to support the digital transformation of fine chemical manufacturing in China at the first CIIE, Tedjarati said. With Honeywell's Manufacturing Execution Systems, a plant of Sinochem’s Sennics at Tongling not only achieves efficient manufacturing operation management and  intelligent manufacturing, but more importantly, enhances the comprehensive operational excellence and profitability, which contributes to its digital transformation. After the manufacturing execution system was put into operation, Sennics’ Tongling plant realized that both the automation of material entry and exit operations and the quality inspection efficiency increased by 30%, inventory efficiency increased by 78%, and labor costs decreased by over 60%.

As a long-established American manufacturing company, Honeywell became the first multinational company to set up a representative office in Beijing, in the 1980s. Tedjarati has worked and lived in China for more than 20 years. From being unable to say a Chinese sentence, to becoming an experienced China hand, Shane Tedjarati witnessed China's rapid development.

“I first came to China in 1992 and experienced the rapid changes in China. I am very lucky to have witnessed and been involved in these changes for the past 27 years.” Tedjarati told the People’s Daily. He said he still remembered that the first word he learned in China was “no” when he arrived on a night flight in Hangzhou in 1992. “At that time, no matter where you went or what you wanted to buy, people always said ‘no’, especially to foreigners.  But in a little over a decade ‘no’ has become ‘no problem’, no matter what you want now. This amazing transformation cannot have happened without China’s opening-up to the world and inviting multinational companies to come and participate in the economic development of the country,” he added.

With a deep commitment to China,  Tedjarati put forward Honeywell's core strategy, "East serves East" and "East serves the world. " No matter where in the world, Honeywell sees China as a major center of innovation and promotes innovation to drive growth, he stressed.

Honeywell’s growth has fully aligned with China’s macro trends, like the digital economy and the Belt and Road initiative. Honeywell has supported many mega projects in China, including China’s first home-grown passenger jet, the C919, the Hong Kong-Zhuhai-Macau Bridge, the West to East Gas Pipeline Project, ZPC’s integrated refining and petrochemical complex in Zhoushan, Jinmao Tower in Shanghai, and the Bird’s Nest in Beijing. Honeywell’s revenue in China has increased six-fold from 2004 to 2018, and China has become Honeywell’s largest single market outside the US.

"In the future, we will continue to develop the mid-end market based on the development strategy of 'East Serves East', especially the mass market in the middle, and better serve Chinese customers," said  Tedjarati.