China and the European Union (EU) on Tuesday issued a joint statement after the 21st China-EU leaders' meeting in Brussels. It is a move that contradicts earlier predictions by some Western media that there would be no joint statement at this meeting. The text of the statement signed by Chinese Premier Li Keqiang, President of the European Council Donald Tusk, and President of the European Commission Jean-Claude Juncker covers a wide variety of topics, including common concerns on a strategic level from both sides and hot issues in bilateral trade and investment. The joint statement reflects broad consensus reached by China and the EU. 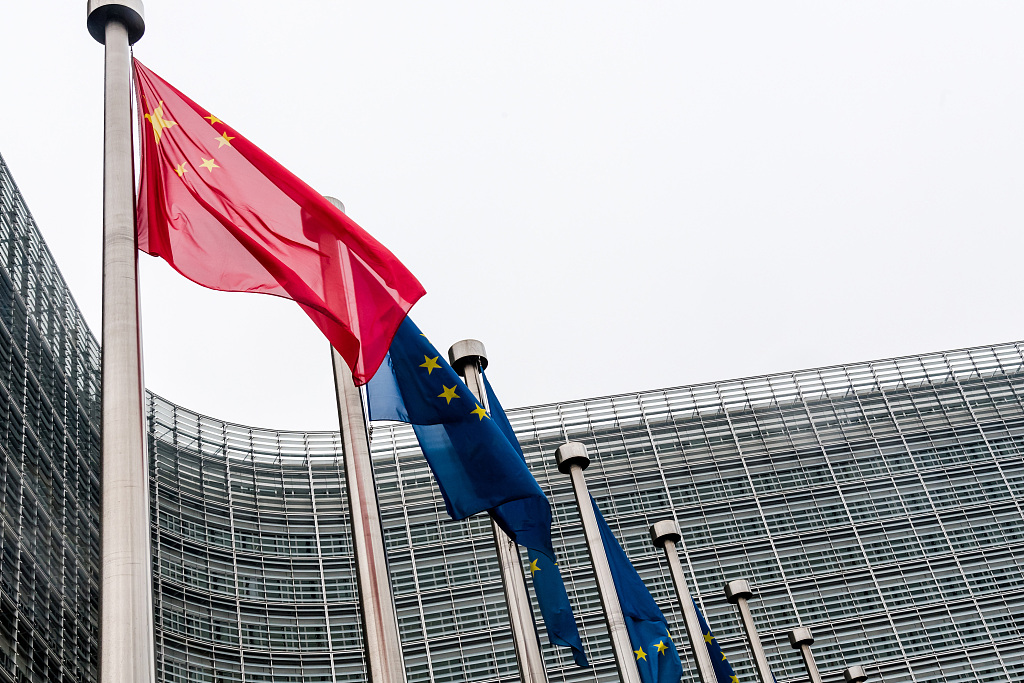 Meanwhile, US President Donald Trump on Tuesday threatened to impose tariffs on $11 billion of EU products, amid ongoing trade talks between China and the US. Although there are disagreements between the two countries, China and the EU have managed to find a constructive way to overcome their differences and resolve problems through dialogue to maintain bilateral cooperation. It is a positive demonstration of how to deal with international disputes.

There have been some pessimistic opinions expressed recently on China's relationship with the EU. However, the actual progress made is clearly a more convincing description of that relationship. President Xi Jinping's recent visit to Europe was a significant triumph, which further consolidates the sound relationship between the two. The joint statement signed during the China-EU leaders' meeting demonstrates the capability of both sides to make breakthroughs on specific issues.

The joint statement reiterates the two sides' willingness to enhance cooperation on issues of concern such as non-discriminatory market access, the protection of intellectual property rights and pushing forward with 5G technology. The joint agreement mutes those voices suggesting the China-EU relationship is confrontational and makes those provocative claims more unconvincing.

Regarding similar trade frictions between the US and Europe, tariffs should be added both ways to stop ongoing bickering; while negotiation has always been the preferred alternative between China and Europe. Such a difference is significant in terms of both economics and international politics.

The US and EU are often described as allies or "close friends". But unilateral policies of "close friends" are often more disturbing than the differences between two partners. Unilateralism is becoming a prominent challenge in international relations.

Enhancing bilateral cooperation is an inevitable choice for both China and the EU. Both should underline the spirit of negotiation and mutual understanding during the process and exclude any third-party influence. This principle is of great significance to the interests of both China and the EU.

There is no essential conflict of interest between China and the EU. Both are willing to achieve mutual benefit through fair cooperation. The two also have the capability to solve disputes through dialogue. Both need to recognize that this is the fundamental foundation for their bilateral relations. In terms of bilateral relations, China and the EU should maintain a clear mind and block interference from ideologies and traditional notions of geopolitics.

The joint statement at the China-EU summit is not necessarily a big deal because there were not always joint statements from previous meetings. Nevertheless, there is consistency in the continuous development of the China-EU relationship. But instead of there being no joint statement, as was rumored could be the case, it turned out to be a very comprehensive one, which sends quite a powerful signal at this particular time.

The joint statement has sent a strong message to all: No matter what tremendous changes the world is experiencing and regardless of whether there is confusion or problems between China and Europe, the two will continue to improve their relations and move on forward.