OPINIONS Just what do people in Hong Kong want?

Just what do people in Hong Kong want? 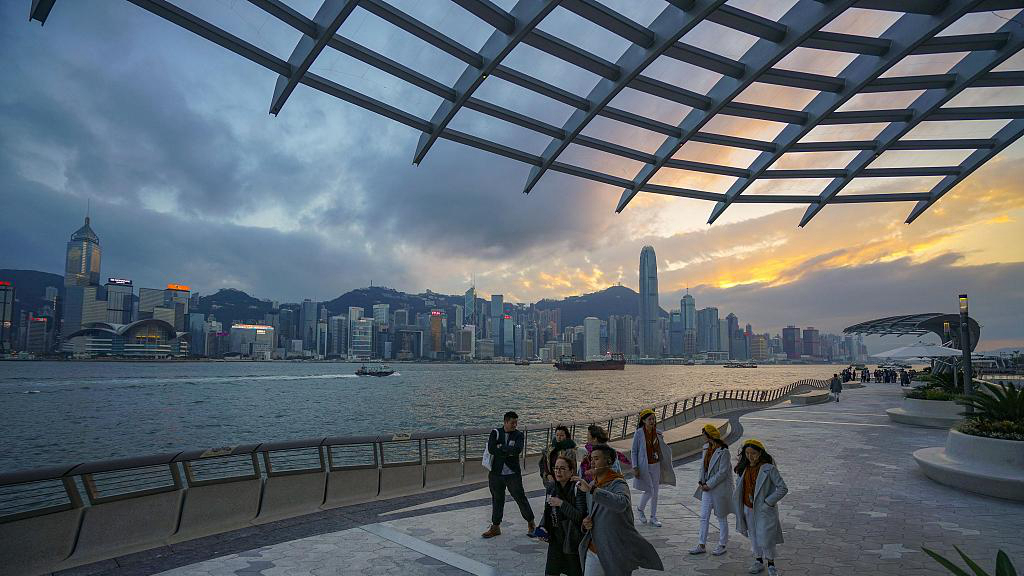 Editor's note: Tom Fowdy is a British political and international relations analyst and a graduate of Durham and Oxford universities. He writes on topics pertaining to China, the DPRK, Britain and the US.

July 1 marked the anniversary of Hong Kong's handover to the motherland, marking 22 years since the British rule came to an end in the territory. On the day itself, a crowd of roughly 500,000 young people pursued an attack on the city's legislative assembly building in central, blockading it, invading it and causing damage.

Key participants in the initiative, such as Joshua Wong, publicly praised the effort on social media, as of course did Western media. They claimed their motivations were still attached to the continuing controversy pertaining to a fugitive bill, which also generated unrest in previous weeks. The protesters blamed the Chinese mainland for the entire situation.

The fact that the protesters chose this anniversary to make their move is no coincidence and illustrates that their demands and agenda extend far beyond the question of the bill itself and even for that matter, democracy. Instead, such is a growing expression of the identity conflict which is now engulfing the territory and in turn, a thinly veiled rejection of all things China.

Their ability to whip mass hysteria and play international journalists gains a lot of sympathy, but the perpetuation of this conflict cannot bring peace and continued prosperity to the territory, nor can it increase Beijing's appetite to sustain the status quo.

Owing to its separate existence as a British colony for 150 years — a period which was neither democratic nor equal — Hong Kong has developed a strong sense of its own cultural identity and mode of being. This is in many senses, admirable and can easily capture your imagination.

There is nothing quite like the dazzling scenes of neon lights and super tall buildings, iconography invested in the legacies of figures such as Bruce Lee and Jackie Chan, the beauty of traditional Chinese characters and the past pacing, elusive scenes of life. As a place, it certainly stands out in every right, hence it is termed "Asia's world city."

However, this background has over time assembled into a sense of not only cultural, but political exceptionalism which in turn has been unable to come to terms with what country Hong Kong is part of.

The legacy of the handover and the fast pace of change created by China's growing prosperity and role in the world has led many to believe that a specific way or order of life is under threat, creating highly defensive and even hysterical behavior. Despite what the media claims, this is not solely about the "democracy" question, such is used to justify it outwardly and establish a logic of "difference."

As a result, one may sieve beyond the political question and discover that many Hong Kong residents have a social prejudice against what they term the "mainland" and its "way of life." Tourists from the Chinese mainland are sometimes termed "locusts" and stereotyped as being less sophisticated and dirty, with some locals strongly believing they are inherently and morally superior in every aspect.

Last night, Joshua Wong tweeted that Hong Kong produces "Smart, efficient, attentive and freedom-loving" people. That is not just an affirmation of politics but also an affirmation of identity and way of being. Such hinges on the logic of contrast, if Hong Kong locals are smart in this context, then mainlanders must be stupid or deceived for not seeing the world in the same way. As students sometimes chant: "Hong Kong is NOT China" — the protests on July 1 were orchestrated to this message.

In light of this, the conflict of some Hong Kong locals with Beijing extends far beyond the question of elections, or even law, and instead reflects a resistance towards any kind of perceived change in the territory which stems from its working proximity to the mainland.

For example, when a Hong Kong television program once used simplified Chinese characters in subtitles, it attracted thousands of complaints. The public use of Mandarin in public forums has also attracted anger and contempt. Practical reality is repeatedly and misleadingly being portrayed as political subversion. This has made the ability to decipher facts difficult.

Given this, whilst news outlets are portraying events in the territory as a noble and chauvinistic struggle between good and evil, the reality is that this is a much more all-embracing social conflict whereby a sense of local exceptionalism is unable to come to terms with the pragmatic implications of its own existence.

However, uprooting the territory and inducing political chaos is not going to change the status quo. Instead, it will only serve to increase the sentiment in Beijing that Hong Kong as it stands is a liability to the stability of the country and region.