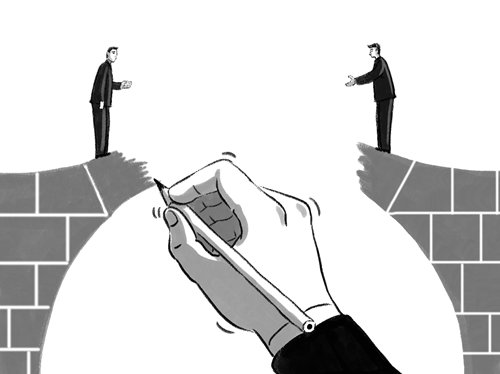 North Korean Foreign Minister Ri Yong-ho is visiting China from Thursday to Saturday to meet senior Chinese officials and hold discussions on the situation on the Korean Peninsula. The trip will help further strengthen the consensus achieved by top leaders of both countries, promote China-North Korea relations and enhance communication and cooperation on the fraught Peninsula issue, according to Chinese Foreign Ministry Spokesperson Geng Shuang.This year has seen a lowering of tensions on the Peninsula and North Korea's frozen ties with South Korea and the US have looked up. The nature of the recent improvement in the situation on the Peninsula has been different from the past in several aspects. For instance, Pyongyang has made an unprecedentedly explicit commitment to complete denuclearization, though what comes of it is yet to be seen. This manifestation of will power rarely seen before was made during the inter-Korean summits and especially the one between US President Donald Trump and North Korean leader Kim Jong-un, suggesting the two countries intend to forge a new type of relationship. South Korean President Moon Jae-in has led specific efforts for improving military and security ties with his northern neighbor. However, there is a downside that should not go unnoticed: Pyongyang's efforts at denuclearization haven't received substantial accolades from the international community. In particular, Washington's response has been lukewarm with only some tactical moves toward Pyongyang, bereft of substantive policy or strategic tweaks. That has led to the current predicament on the Peninsula issue. The knot lies in that the US and North Korea have different demands on mind. Pyongyang hopes that a peace treaty can be signed to officially end the Korean War, to which Washington disagrees. And North Korea now turns to an alternative, hoping that international sanctions on the country can be eased, if not lifted. But the US still insists that North Korea give a full declaration of its nuclear program up front and even wants Pyongyang to permanently do away with its nuclear facilities. Despite all the hiccups, we still need to have faith in the situation on the peninsula. The denuclearization of North Korea has come to an unprecedented stage with enormous difficulties impeding further progress. But there is no turning back for North Korea nor does it want to. South Korea will also face problems if the past comes back to haunt the Peninsula. But still it's not easy for the US to agree to Pyongyang's demands.  Fortunately, it is the summits between the US, South Korea and North Korea that have contributed significantly to the progress achieved. Amid the deadlock, it was reported that Kim and Moon will likely meet again within this year while the second US-North Korea summit may be held in January or February next year. Since negotiations on specific issues have met barriers, the upcoming summits will probably play a role in breaking the logjam. Given the current difficulties, it is important that the parties have the will to completely address the issue. The US may have to think about changing the way in which it looks at the problem and deals with North Korea. Otherwise, an expedient move for short-term benefits won't be of much help for the peninsula. In fact, North Koreans now hold that as long as powers take actions, the country will act accordingly. In other words, if the US can take some steps forward, North Korea is likely to make more efforts than expected.