The US Supreme Court last week upheld the ban by President Donald Trump on travel from several predominantly Muslim countries in a 5-to-4 vote. Chief Justice John Roberts wrote that the proclamation is "squarely within the scope of presidential authority" and "expressly premised on legitimate purposes: preventing entry of nationals who cannot be adequately vetted and inducing other nations to improve their practices." The ruling endorses national security concerns behind the travel ban and clears the Trump administration of controversial allegations of religious and racial discrimination. Yet minority Justice Sonia Sotomayor, in a dissent note, said the travel ban should be considered in combination with Trump's political comments, saying, "The words of the president and his advisers create the strong perception that the proclamation is contaminated by impermissible discriminatory animus against Islam and its followers." Her comment was echoed by many dissenters, as Trump's statements cannot be separated from his policies. In fact, the tweeting president often uses his comments as a test for his policies. 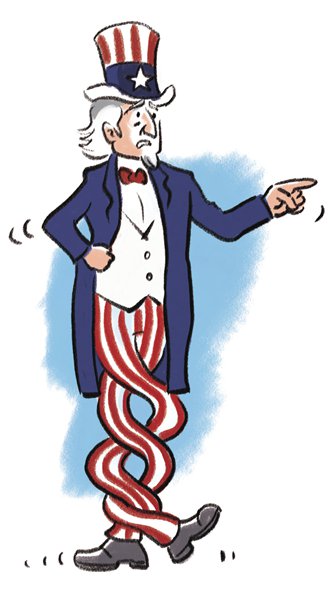 Anyway, the favorable ruling was taken by the Trump administration as a major victory for its immigration policy. As an initial advocate of the travel ban, Steve Bannon said the ruling "is going to reinforce [Trump's] belief in his own judgment against the naysayers." The liberals denounced the ruling as against the constitution and the federal immigration law and called it one of the biggest failures in the history of the Supreme Court.

The ruling has enormously encouraged Trump to advance his immigration reform that recently met with setbacks after two related bills backed by Republicans were rejected by the Congress. A breakthrough is out of sight in the short term. Many Republican lawmakers opposed a package reform plan over concerns that a reform advancing too fast would hurt their electorate and dampen the prospects of re-election. But Trump wants to see outcomes as soon as possible. Now with the Supreme Court's endorsement, he can be bolder about reforms, cement his personal base and gather support within the Republicans, who will understand sooner or later that they have no choice but to continue supporting Trump over his immigration policy.

The ruling is indeed a kick in the teeth for liberals, but this doesn't mean a crushing defeat. If the Democrats can take this opportunity to adjust their tactics, effectively strike back and rope in the swing voters, they are likely to turn the crisis into an opportunity. The ruling heralds a more fierce competition.

The current travel ban, the third version modified by Trump, is milder than the original one and affects a limited number of countries. The largely symbolic policy has garnered so much attention because of the far-reaching political influence.

In the US, the Supreme Court ruling has absolute authority and will be used as a reference in lawsuits of this kind. As long as the Supreme Court doesn't overturn its ruling, Trump will see no limits in making similar policies and his successors can also follow suit. Will the US immigration policy go to extremes? Will religious and racial relations be reversed significantly in the US so as to destabilize the social system? These questions have to be answered.

One day after the Supreme Court ruling, Justice Anthony Kennedy announced he would retire at the end of July. As a crucial swing vote in the Supreme Court, he voted for the travel ban, which was called a huge mistake of his career. The retirement gives Trump an opportunity to pick his second justice, who must be conservative, in less than two years. If his nominee for replacement can be approved in the Republican-controlled Congress, the Supreme Court will become conservative for a long time to come. More importantly, as US politics continues its shift to the right, there will be a wider social chasm, populism will thrive and isolated diplomacy would become the norm. The beacon of democracy may disappear and an American-style identity crisis will likely take place.

What the travel ban concerns is not just immigration or Trump's personal political achievement. Behind it is the showdown between liberals and conservatives that will shape the US political landscape in the coming decades. When Trump-led conservatives have already taken the upper hand, how should the liberals respond? The midterm election four months later will be the first major test to be taken.