Kids unsafe in world's only superpower 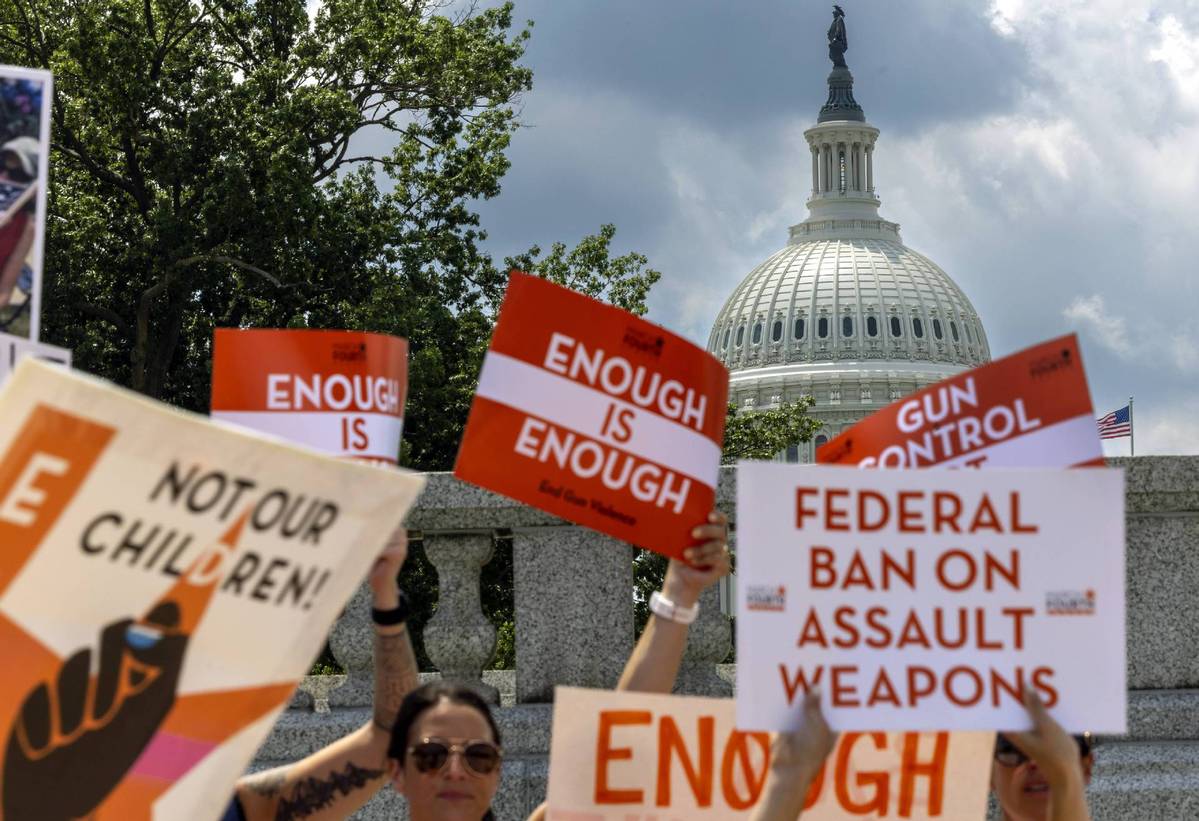 Gun control activists rally near the US Capitol calling for a federal ban on assault weapons on July 13, 2022 in Washington, DC. Photo/Agencies

In which country are toddlers threatened by guns?

In the United States, the world's only superpower, they are. In a security camera video that has gone viral, a 4-year-old in Beech Grove, Indiana, was seen waving a pistol, aiming it at himself and at his neighbor's door in an apartment complex hallway and pulling the trigger. A neighbor who saw it called the police, who rushed there and arrested the father.

Fortunately there was no immediate danger to the kid as there was no bullet in the gun's chamber, but not every kid in the US might be as fortunate. According to a Small Arms Survey in the US, American civilians own more than 393 million guns, 120.48 guns per 100 US residents. Gun violence in various forms killed more than 44,000 people in the US in 2022.

Two decades after the Second Amendment to the US Constitution, protecting the citizens' right to keep arms, the rampant gun culture in the US has failed to protect its people from tyranny. Instead, it is compelling them to buy a gun in self-defense, further increasing risks for everyone.

US soldiers fought a civil war and two world wars to secure its people. No country has the strength to wage a war against the US today, but its children face a threat from within without having to go to any battlefield, because of its gun culture.

All efforts at gun control have failed because of the opposition from interest groups, the National Rifle Association notably.

Failure to control guns has exposed the deep social divide in the US. Even on issues concerning people's lives, there are opposing voices and no one can silence them even if it threatens lives.

We hope gun control is brought in sooner and the deep social divide in the US is fixed.