Apple Inc's lower-priced iPhones are expected to intensify competition in China's smartphone market, but their inability to support 5G may leave some tech-savvy consumers disappointed, analysts said on Wednesday. 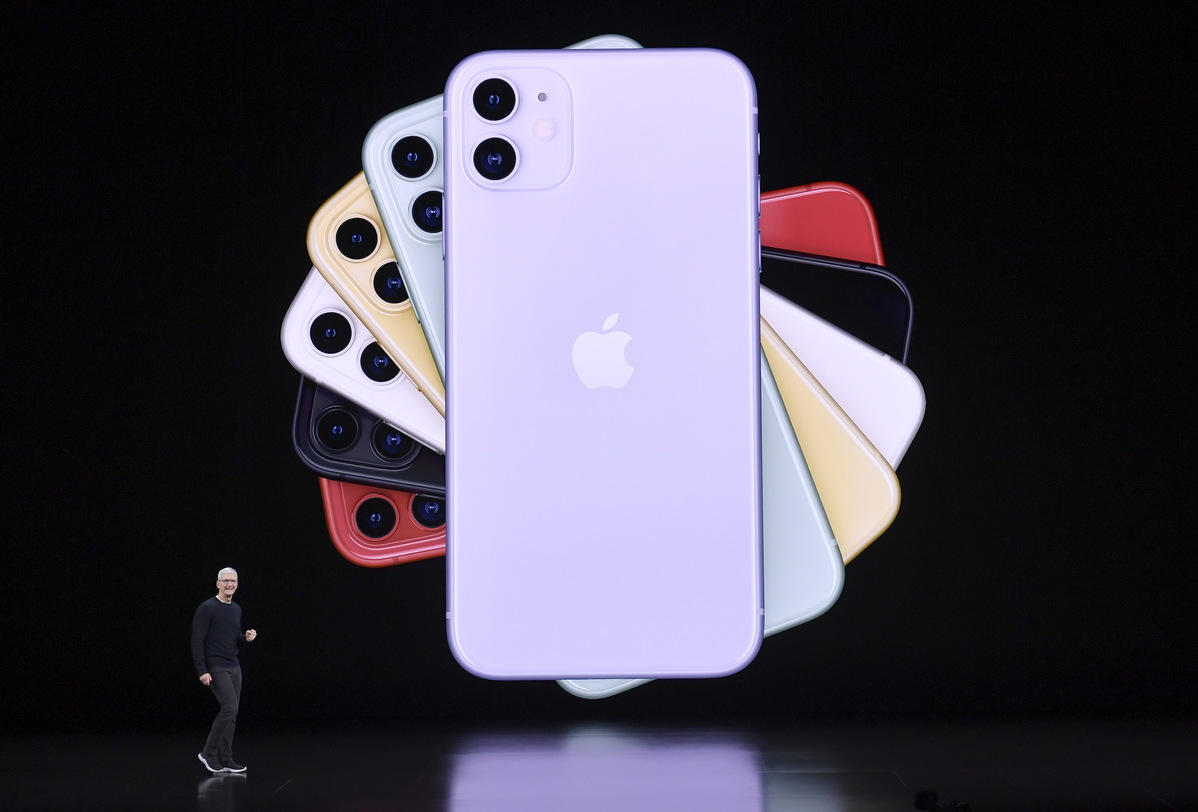 The comments came after Apple unveiled new iPhones on Tuesday in the United States, with an unexpected price cut for its cheapest model, the iPhone 11.

James Yan, research director at Counterpoint Technology Market Research, who has tried Apple's latest iPhones and was present at the launch event in Cupertino, California, said on a social networking platform that the practical pricing strategy of the iPhone 11 could give Apple an appeal to consumers at least before the second quarter of next year.

Data from Fenqile, an installment e-commerce platform under Nasdaq-listed LexinFintech, show that since its launch, the iPhone 11's pre-order page on the platform has been visited almost a million times. The most popular pre-ordered iPhone model is the iPhone 11 64G.

Among the consumers who have pre-ordered the iPhone 11 on Fenqile, 75 percent are those born in the mid-1990s to early-2000s, indicating that the interest in the cheapest iPhone model is among young Chinese consumers.

According to Yan, despite inability to support the 5G network, the new iPhones have made impressive improvements in cameras. Apple added an extra camera lens to each model and made some software optimization to make photo-taking better.

But industry observers also point out that's what Chinese smartphone vendor Huawei Technologies Co pioneered and other players have already done in their previous handsets.

Apple's latest launch event came after its iPhone shipments went down 18.2 percent year-on-year in the second quarter of 2019, according to research firm International Data Corp.

The decline is part of the result of a shrinking global smartphone market as consumers less frequently upgrade their handsets and some are holding their purchase plans to wait for competitive 5G smartphones.

But Apple's loss also came as its South Korean rival Samsung Electronics Co and Chinese competitor Huawei grew their worldwide smartphone shipments by 5.5 percent and 8.3 percent year-on-year respectively from April to June, highlighting the challenges the US tech giant faces.

Zhang Wentao, a 27-year-old Beijing-based electronics fan, said it has been rumored for a long time that Apple would not launch its 5G handset until next year, but witnessing the launch event still left him disappointed, especially as Chinese brands have all come up with their own 5G devices.

Xiang Ligang, director-general of the Information Consumption Alliance, a telecom industry association, said Apple holds a major iPhone launch event every autumn, which means that its 5G device will come into the market by next September at the earliest. Many consumers would buy a competitive 5G handset before that time.