A China Central Television report exposed the polluting practices of the gold mining industry in Songxian county, Central China's Henan province, which has been discharging waste water directly into the Yihe River, a branch of the Yellow River. Beijing News comments: 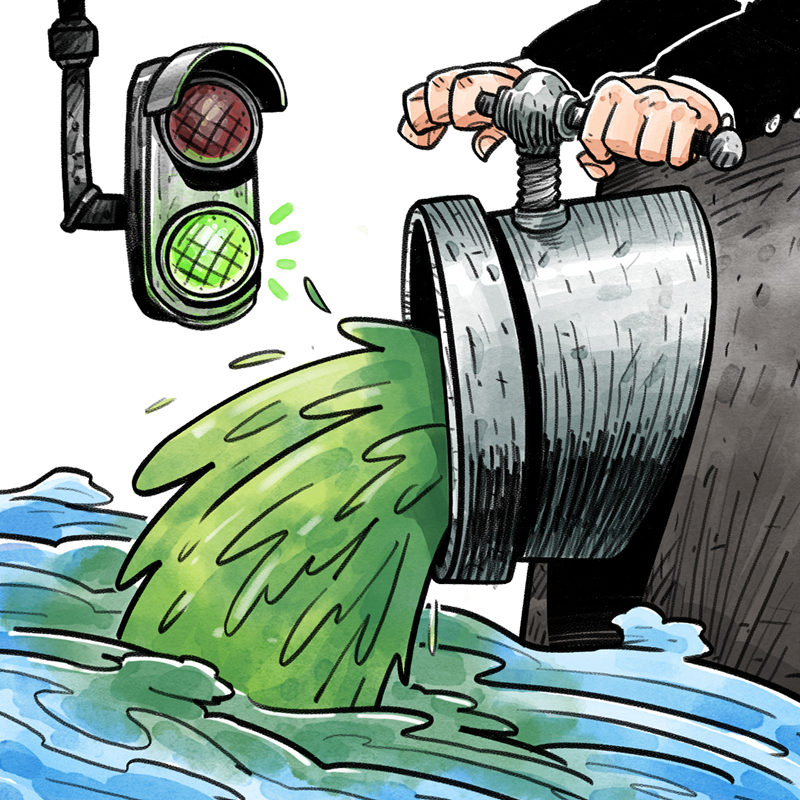 The pollution of the river is so serious that it has turned the Yihe River into a lifeless drainage ditch that flows into the nation's mother river.

The water and soil contamination is highly toxic as it is mainly residual cyanide, a highly dangerous chemical that is used in extracting and cleaning gold, and often found in the wastes of the gold mining industry.

All the laws and rules customized for the treatment of such hazardous industrial wastes seem to exist only in name in the county, and local residents' complaints have all fallen on the deaf ears of the supervisory departments.

Worse, the mining factories in the county are located near the Luhun Reservoir, a source of drinking water for neighboring Luoyang city, home to 6.8 million people.

These factories have their acid fog absorbing towers, and sewage treatment works, and other standard configurations stipulated by the law. But media reports indicate these facilities have been left unused for a long time, allegedly for the purpose of reducing production costs, and all environmental influence assessment reports－which are a must before the authority gives the green light for their operation－issued by local environmental protection bureaus for these factories show they have the ability to make sure their discharges meet the requirements of relevant national standards.

Records also show that these factories have received fines, but these have been so low as to be just symbolic.

All the aforementioned signs indicate the law enforcers and environmental protection watchdogs in the county have taken the wrong side when making their choice between protecting the environment and protecting the polluters.

It seems the local government, which has not yet responded to the media report, still excludes the environmental costs from its calculations of local economic growth.

A thorough investigation is needed. Anyone who gave a green light to the pollution should have to pay a high price for it.