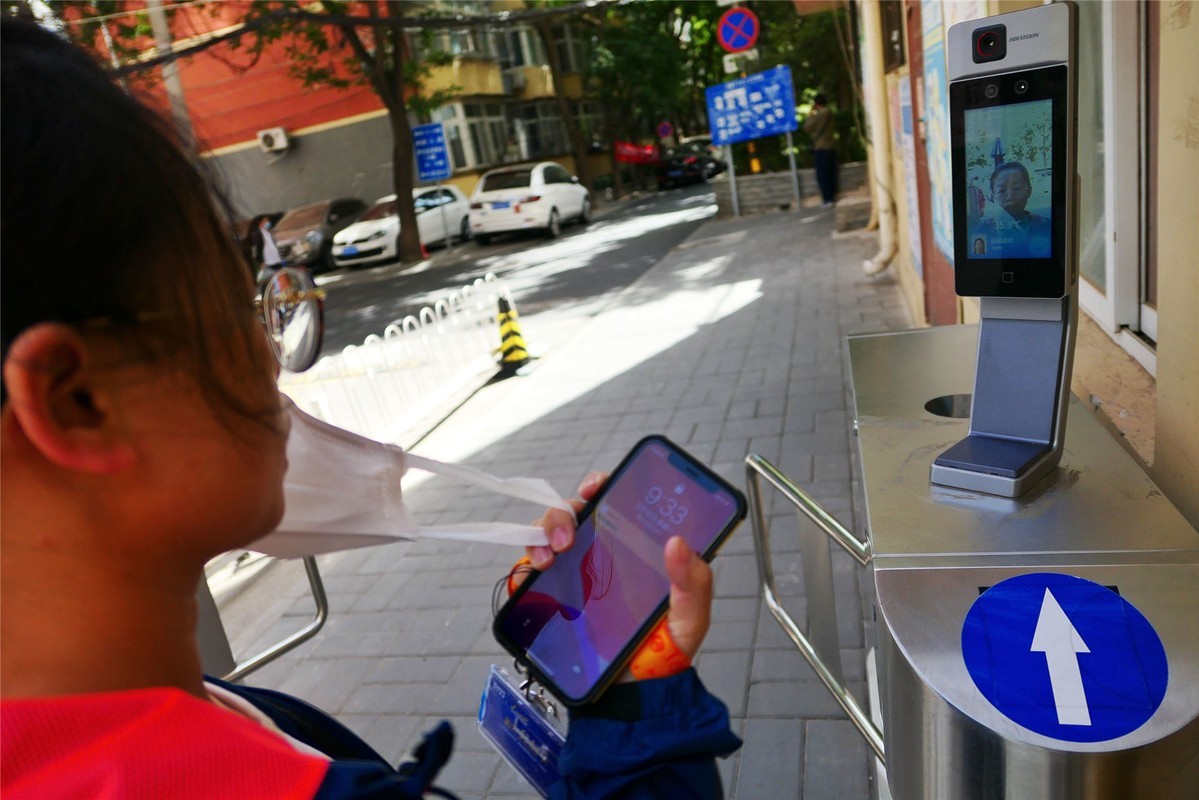 A woman removes her mask to enable the use of facial recognition technology by a smart device in Beijing on May 18, 2020. The device automatically checks people's body temperatures and personal information before allowing entry to the neighborhood. LI TIANJI/FOR CHINA DAILY

It is not uncommon nowadays for a new mother to get phone calls soliciting her to buy baby products, or a new car-owner to get text messages from insurance agents immediately after purchasing a vehicle. But this is just the tip of the iceberg. Leaks and hacks of personal information can victimize almost anyone.

A survey conducted by the China Consumers' Association in 2018 suggested that 85 percent of the respondents experienced divulging of their personal information. This partly explains why fraud cases and junk messages are becoming rampant these days, which in 2016 alone caused losses of more than 91.5 billion yuan ($12.9 billion) for the country's internet users, according to the Internet Society of China.

Thus in an effort to strengthen protection of individuals' rights to privacy, it is imperative that the National People's Congress, China's top legislature, formulate a law on personal information protection, as it intends to do this year, according to the annual work report of its standing committee.

But the lack of a unified and dedicated law in this regard has proved inadequate in curbing the fast increase in the illegal collection and use of personal information in a country that has the world's highest number of internet users. For example, punishments for companies responsible for personal information breaches are often considered too light based on existing laws, and court rulings on privacy cases have been inconsistent because judges don't have clear guidance in interpretation of related laws to deal with the new situation.

This makes it all the more necessary for China to enact an upgraded law similar to the General Data Protection Regulation enacted by the European Union in 2018 that sets a series of strict and detailed regulations on personal data and privacy. The law is considered the world's toughest framework to protect people's online privacy.

As China is pushing forward with development of artificial intelligence and big data, the problem of how to set proper limits on the use of personal data will only become more pressing, especially as people's awareness of their privacy keeps increasing. The new law will build an additional line of defense against illegal infringement on their personal information security.