Lee Teng-hui will not be remembered fondly in Chinese history 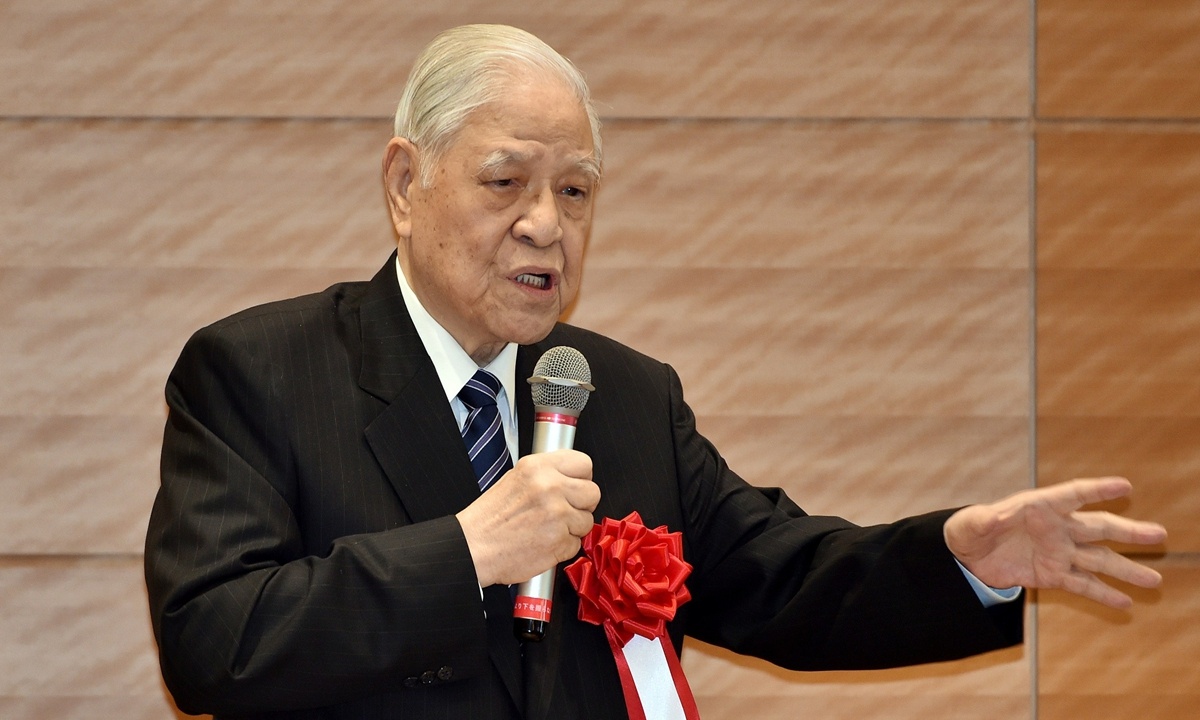 People flocked to the internet to discuss Lee Teng-hui, former leader of the island of Taiwan, shortly after he died of illness on Thursday evening. Many have criticized him, while others have offered their support, praising his "contributions" to Taiwan democracy. These voices argue that Lee initiated one person, one vote "presidential" elections in Taiwan and was the first popularly elected "president." Western media have also spoken highly of his advocacy of "Taiwan sovereignty" and his encouragement for people in the island saying they are "Taiwanese" rather than Chinese.

But Lee promoted Taiwan democracy and "Taiwan independence" together. Taiwan held its first direct "presidential election" in 1996, the same year that the two sides of the Taiwan Straits saw their first serious crisis since relations were eased in the 1980s. Lee became the first elected "president" by stirring waves in the calm Straits.

Lee sowed the seeds of secessionism in Taiwan democracy. Following his footsteps, the Democratic Progressive Party has sought to gain an advantageous position in election by intensifying cross-Straits confrontation. Taiwan has gone astray in the development of its democracy, setting out on the wrong road and going against the common interests of the Chinese nation. The island has become an important leverage for its separatist forces and anti-China forces in the US and the West.

Lee once advocated cross-Straits reunification and opposed "Taiwan independence." But he was later called the "godfather of Taiwan independence." The process of democratization in Taiwan that he initiated served this drastic change. In order to deter Kuomintang's insistence on unification, he incited populism to achieve his goal under the pretext of democracy.

The Taiwan democracy Lee promoted was hijacked by "Taiwan independence" from the very beginning. Thus Taiwan democracy is not pure; It has been tainted with "Taiwan independence" in recent years. Lee tampered with democracy from the beginning. The two sides of the Straits entered a turbulent era when he became leader of the island, and have since been drifting apart. The atmosphere of the Taiwan Straits has altered from one of development and cooperation to one of crisis and confrontation.

The praise Lee is receiving is entirely based on the interests of the US and the West, as well as certain forces in the island of Taiwan. The US and the West will eventually forget Lee. As I am writing this article, Lee's death has already been dropped from the front pages of mainstream Western media. Those who will remember him are the members of Chinese society - including the people of Taiwan.

Lee is undoubtedly a sinner in the eyes of the Chinese nation. The sharp turn he initiated in Taiwan politics has greatly increased resistance to China's rise and brought long-term strategic risks to Taiwan.

"Taiwan independence" is impossible. The Chinese nation is increasingly powerful and won't give such ambitions a chance. Cross-Straits ties will eventually head toward reunification. "Taiwan independence" forces will in the end self-destruct. There will be no other result.