OPINIONS Lei Feng law still a mystery to most Chinese

Lei Feng law still a mystery to most Chinese 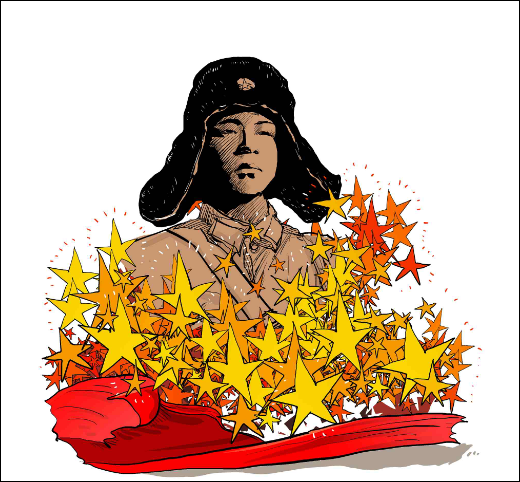 I read over the holiday that the Indian state of Karnataka had become the first to enact a Good Samaritan law. It reminded me that it's been exactly one year since China's own Good Samaritan law (I prefer to call it the Lei Feng law) went into effect but it got me to wondering if the public knows of its existence and has it changed mass behavior as a result? Sadly, I don't think so. Obviously more needs to be done to publicize its provisions to encourage others to help those in need without fear of personal liability.

China's year-old Lei Feng law provides protection to those who voluntarily offer emergency assistance to victims who are, or who they believe to be, injured, ill, in danger, or otherwise incapacitated, ensuring that they will not be held civilly liable in the event that they harm the person they are trying to save.

The law may not be perfect but it's perfectly serviceable. The National People's Congress did not retain a proposed provision that would have denied protection to those who committed gross negligence on the theory that all must be encouraged to come to the assistance of others in potentially life-threatening situations.

This shows the legislators' desire to encourage intervention even if in few cases the results will cause more harm than good. And I would have provided Lei Feng awards: cash, publicity or other positive reinforcements to reward those who selflessly come to the aid of others in dire need. I would have also attached a provision that penalized those lowlifes found to have faked an injury for the purposes of attempting to defraud others.

Chinese people don't know about the new law, so for them it doesn't really exist. They are petrified that the “victim” could be a con artist preying on the well-intentioned looking to fleece them of their money. Chinese courts have actually held that no one would come to the aid of others unless they had caused the injury.

The law is crafted to avoid tragic cases like little two-year-old Yue Yue in Foshan in 2011 who was run over twice on a busy road while 18 passersby ignored her motionless little body until a trash collector sought help, but was sadly too late for the poor child.

It was also inspired by the case of the factory worker who in 2014 helped an old man who had fallen to the ground only to be falsely accused of causing the injury. Lacking the funds to pay for this blackmail, the worker committed suicide.

These and similar shocking stories have gone viral and millions of people, not just in China, but in other countries, wondered what had become of compassion in China and the willingness of people to help others in need, a core Confucian belief.

Since those incidents happened I have written many opinion columns urging the passage of such a law. Now I write again because even with the law, it's as if nothing has changed. It's like the philosophical debate: if a tree falls in the forest and nobody saw it fall, did it really fall? People seem to be blissfully unaware that a new law exists that protects them when they come to the aid of others in need.

I have my own personal example. Recently I took a fall outside Terminal 3 at Beijing Capital Airport. Many people noticed me but no one would help me until a foreigner came to my aid. Thankfully, the only things injured were my pride and my faith in others. It was, however, my personal proof that the law isn't working because it's likely not known.

So hopefully a public service announcement (PSA) campaign can be organized. Yao Ming's campaign for WildAid is everywhere and people's awareness has been raised and behaviors must have surely changed.

Little Yue Yue was too young to cry out for help but I hope that caring people will spread the word that it's OK to help others in need without fear of retribution.