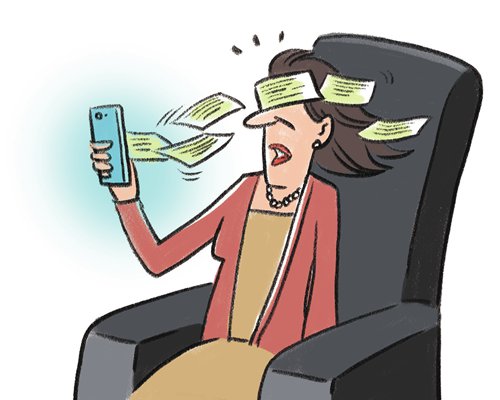 We live at a time that is never short of commotion, fuss and information. It is excessive. Easy to spread like wildfire thanks to various social media platforms, we are bombarded with ever-more breaking news, hot topics, latest updates, and hashtags all pointing toward one thing: the truth. Filtering out the unnecessary, misleading and questionable details from those that are analytical and balanced is not easy either for reporters or the audience.

Fake news has several definitions. It can be an absolute hoax or, misinformation either deliberately or unconsciously released or sensationalized through words, headlines, photos and more to increase readership and online click revenues.

Heck - some are fake in a justifiable sense to be funny and amusing often employing satire and/or parody. I guess the one thing that makes me laugh is when the words "fake news" are thrown around so casually by US President Donald Trump especially when he does not agree with it.

Although we can spot out something that is trying to be amusing, distinguishing the context and content of a piece of information and not falling into the trap of making a false connection is no easy task.

Big headlines and photos speak a thousand words and despite them not fully supporting the reality of the written content or being cropped, shaped, omitted and tampered with, such doctored tactics can easily affect our judgment. There have been instances of an incorrect caption swaying the angle of the story. The act of cropping a photo can omit the other side of the story as well.

As journalists have to sift through various reports and viewpoints from all sides to present something they feel is objective, pinpointing sources and assessing what can be presented and what can't be or whether to use a visual to supplement the story is ever more tedious especially given how some news (both legitimate and fabricated) is first made available through social media.

I'm not saying that anything such as a posting made through one's own network over social media is all fake. In cases of emergencies and disasters, reporting straight from the frontline is the first source of seemingly accurate information. But how accurate are they? Can some be sensationalized and magnified and under what circumstances or with what intentions was the information given?

All these make it tougher for many reporters out there whose intention is to present something to their audience that is as close to the truth and as far away from distortion as possible.

Yellow journalism or tabloid journalism, which thrives on sensationalism, hysteria, dramatization and lacks well-researched content, undermines serious coverage and work of other journalists. Research which tracked the result of the 2016 US presidential election showed that the top 20 fake news stories on the subject received greater engagement than the top 20 election stories from 19 major media outlets.

False news stories travel faster than mainstream news. Perhaps it appears "more novel" and thus easier for viewers to engage in chatter about it. When information is newsworthy and becomes gossip then who cares about truth and whether it is right. Now that is a tad worrying.

News is not gossip and despite us being saturated with it every day, the last thing we need is reading something that is more surprising or outrageous just to draw attention. Things are confusing enough. May we all try to remain clear-headed.