Let's face it, democracies are ill-suited to mitigate climate change 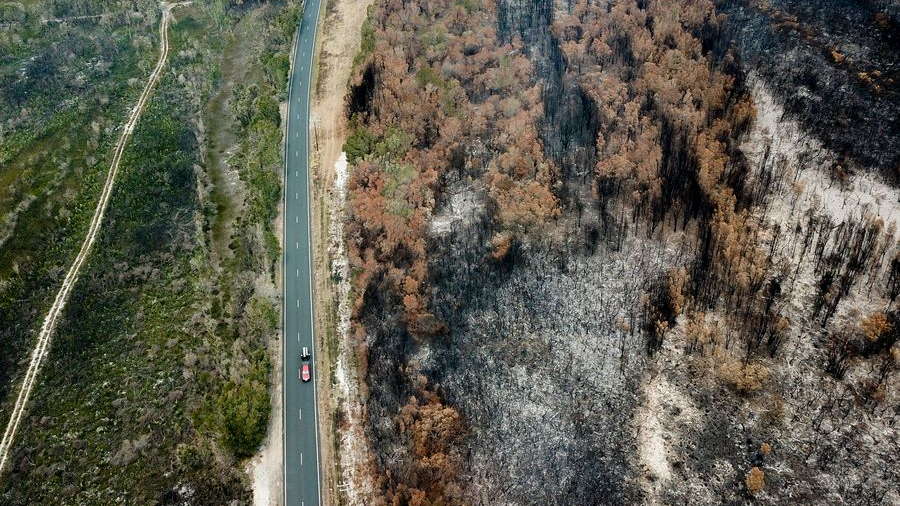 2020 is a momentous year for our fight against climate change. If US President Donald Trump is re-elected on November 3, the US withdrawal from the Paris Climate Agreement will take effect one day after election day. With the first decade of the 21st century being the hottest on record, the"USexit" could not have come at a worse time.

The withdrawal has led some to lament the inadequacy of democracy to effectively tackle climate change. They have a point: the United States is not the only democracy that struggles to create lasting policy change. Australia and Canada, both big carbon emitters on per capita basis, have seen climate change alternate between a top priority and an afterthought as different parties cycled through power.

Climate change policies can be broadly categorized into mitigation (reducing greenhouse gas emissions and increasing carbon sinks such as forests to avert catastrophic climate change) and adaptation (adjusting to the real and potential impacts of climate change). While most agree that both measures are needed, those who were hoping that rich countries (which are mostly democracies) would take the lead on mitigation would likely be disappointed.

The first problem is the time horizon. Climate change is a slow-motion emergency, and mitigation efforts do not yield quick results. Because the Earth's climate system is so large and complex, scientists acknowledge that global temperature would keep rising for some time even if emissions were to fall to zero tomorrow. Rational officials with an eye on the next election cannot afford to invest resources in initiatives that only yield results decades or centuries in the future, if ever at all. Short-term election cycles prevent democracies from tackling the long-term problem of climate change.

The second problem is the vulnerability to adverse influence. In democracies, free speech and free press help the public make informed political decisions. However, these freedoms also enable vested interest groups such as coal, oil and gas companies to wage disinformation campaigns to mislead the public.

It is difficult enough for scientists to attribute extreme weather events to climate change, let alone convincing the general public who may or may not be interested or motivated to understand a complex subject that what we see is not just the usual bad weather. The combination of uncertainty and ambiguity produces what social psychologists call the perfect environment for climate deniers to influence people.

The third problem is political turnovers. To avert further climate catastrophe, sustained political leadership is key. But even with enlightened leaders that have overcome the problems above to make climate mitigation a priority, their policies will have little impact on actual emissions if the opposition party comes to power and reverses their policies.

To make mitigation even harder to sustain, the pains are concentrated locally or nationally but the potential gains are spread globally. Unless mitigation also yield tangible co-benefits to the local population such as better air quality, the party that fights climate change may well lose power to the opposition party over jobs and economic growth.

But we should not be fatalistic either. While democracies may be ill-suited for climate mitigation, they may fare better at climate adaptation.

First, compared to mitigation, adaptation has a much quicker feedback loop. Miami has suffered from increasing coastal flooding and hurricanes in recent years. The mayor's decision to build more resilient infrastructure enjoys broad public support despite being in a Republican state.

One reason is that these adaptation measures are likely to yield immediate results in the next storm. As extreme weather events become more frequent, adaptation shortens the feedback loop in a democratic process and incentivizes the public to reward politicians who undertake adaptation measures.

Second, whereas mitigation requires tricky global cooperation, most adaptation measures require actions at the local or sub-national level. This is because the impact of climate change is local and highly uneven.

The smaller the geographic scale, the more certain future events become. Moreover, whereas it is impossible to assign property right – thus responsibility –to the Earth's atmosphere and oceans, the property rights over land, buildings and coastal waters are well established in democracies. So property owners actually have an incentive to protect their properties – by building sea walls for instance.

Under the principle of "common but differentiated responsibilities," the world is counting on rich countries to cut more greenhouse gas emissions because they are the largest cumulative emitters. But we are confronted with a sobering reality that few would admit: the democratic system may not be fit for that job.