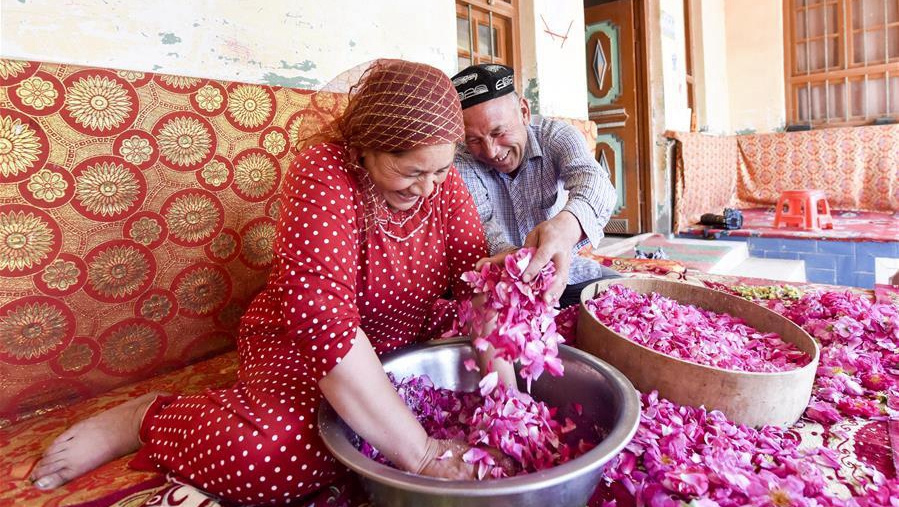 That Western media seem only to believe those who speak ill of what China is doing in its Xinjiang Uygur autonomous region can only be explained by these organizations having fallen into the post-truth trap.

The so-called Karakax List report released by German national Adrian Zenz, which supposedly lists the names of 311 people in Karakax county who he alleges have been sent to reeducation centers, being a case in point.

That the majority of those on the list are identified as residents living on Bositan Street, Moyu county, who are living their normal lives there and have never attended the vocational education and training centers as the report alleges speaks volumes about how shameless those who have fabricated the list are.

As a backbone of the Xinjiang Internment Camps Research Group established and manipulated by United States intelligence institutions, Zenz can never be expected to be objective since publishing fabricated facts about Xinjiang is the way he makes a living. And neither can those diehard Uygur separatists, who consider it their objective to split Xinjiang from its motherland and establish a so-called Eastern Turkestan, be expected to tell the truth about what has happened and is happening in the region as they take it as their job to stir up turmoil in Xinjiang and tarnish the reputation of China.

The report they are hyping tells nothing but lies. It alleges that all of those on the list have overseas relations, but only 19 of them do. Only a few on the list, who have committed minor offenses and been influenced by extremist ideas, have received vocational training and education.

Some of the lies are too absurd to believe. The report says that some Uygurs are imprisoned just because they pray at home or keep in touch with relatives overseas. If praying at home was a crime, then all Uygurs would be imprisoned.

Any sensible person can see how absurd such lies are. But some Western media, such as CNN, BBC, The New York Times, The Wall Street Journal and so on, choose to believe such lies. They are making such a choice because they have a deeply rooted ideological bias against China.

They have developed an obsessive mode of thinking — whatever is said by those who are against communist-ruled countries is the truth, and nothing but the truth. Whereas what those countries say is nothing but propaganda and cannot be trusted.

They can never face the reality of Xinjiang, where there is a fight against terrorism, extremism and separatism.

Do they believe those who support the Islamic State and al-Qaida? No.

Why then do they believe those who seek to separate Xinjiang from its motherland by terrorist and extremist means?

This is a simple question; but it is one that points to the heart of the matter.