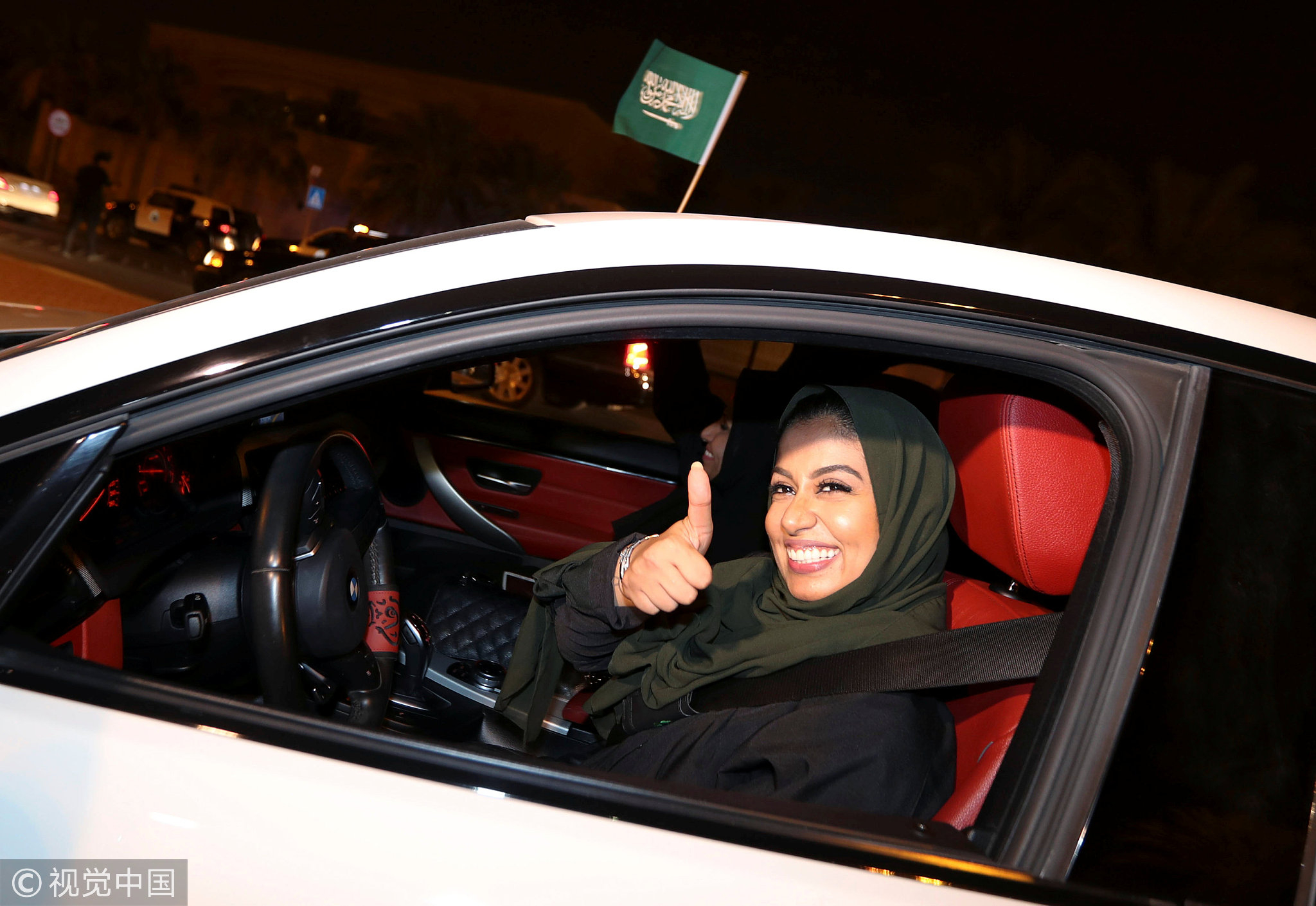 June 24, 2018: A Saudi woman celebrates as she drives her car in her neighborhood, in Al Khobar, Saudi Arabia. (Photo: VCG)

Saudi Arabia has been under the spotlight as it slowly begins to emerge from under the cloak of ultra-conservatism following a string of measures taken by Crown Prince Mohammed bin Salman to open up the country culturally.

From cinemas to music concerts, residents of the Kingdom are experiencing public activities that were, until recently, a big no no.

Women have also benefited from the wave of openness. On Sunday, they were given the green light to get behind the wheels after a driving ban was lifted, in what has been hailed as a historic decision in the country.

In the past, women who wanted to move around were required to hire male drivers or depend on a male kin, risking arrest if they were caught driving in public.

Before Sunday, Saudi Arabia was the only country in the world to legally forbid women from driving, and the change has a huge significance as "it gives (women) confidence, independence and freedom to go where they need to go. They don't need to wait for someone to drive them," says Maha Akeel, a Saudi journalist and author.

Akeel also believes that this is only the beginning, as the ongoing re-evaluation of laws and procedures will help women, who have been denied their rights because of conservative religious interpretations in the Islamic country, gain more equal rights.

Women going for higher education will also arm them with power and motivation to strive for more rights.

Earlier this month, the first batch of women – ten in total – received their licenses ahead of the official lifting of the ban, with an estimated 2,000 other lined up to get their hands on their documents.

But despite the watershed moment, a few women, some of whom reportedly campaigned to allow women to drive in the country, remain behind bars.

In late May, Saudi security forces announced they arrested seven people, four men and three women, over "suspiciously" contacting foreign parties and assisting in jeopardizing the security and stability of the Kingdom, without giving further details.

Reem Daffa, vice president and executive director of Saudi Arabian Public Relations Affairs Committee, said "these people do not represent a huge sector of society. They are individuals who may have done something that we are not aware of from security standpoint. Yet, there is a certain part of transparency that we need from the Ministry to tell us why they were detained."

"But, to be honest, this is a security issue. Security is number one priority, especially when it comes to such reforms," Daffa added.